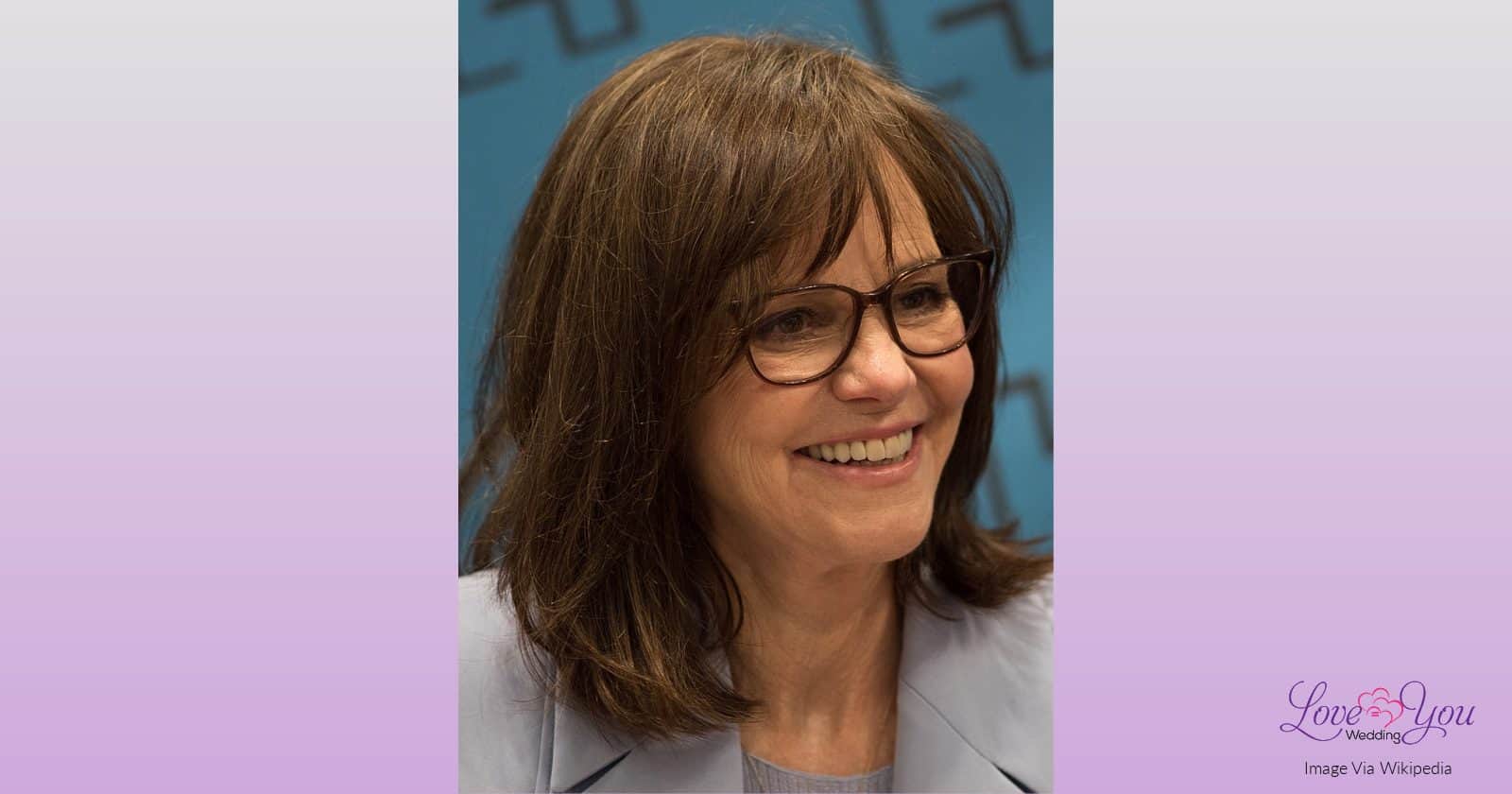 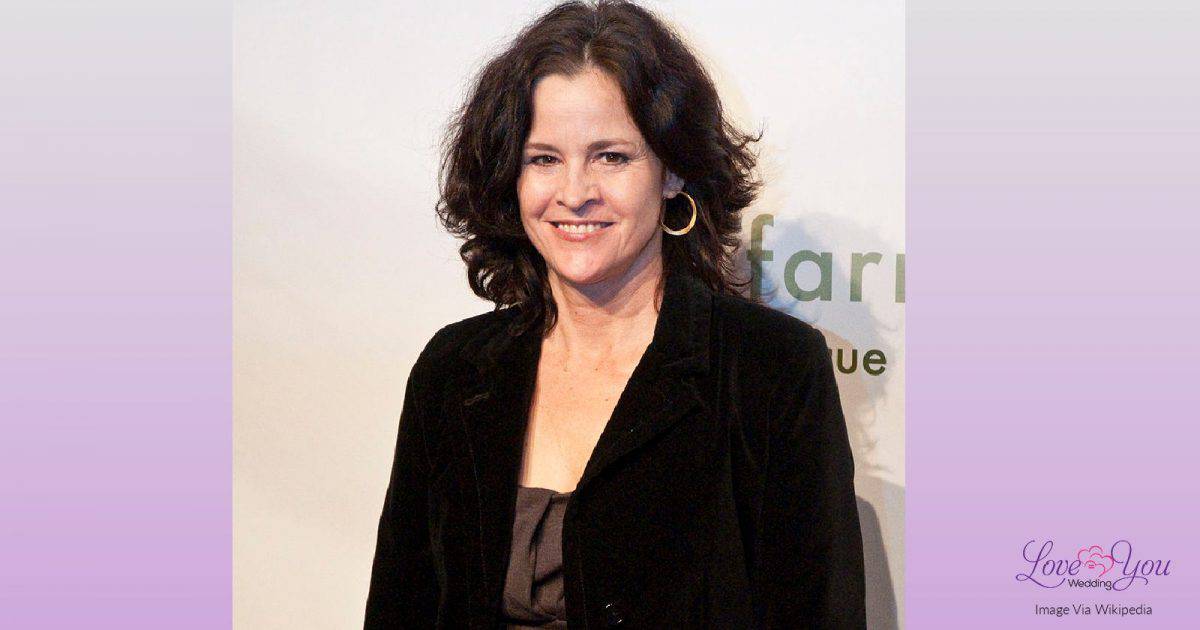 Curious about celebrity parents who love and support their LGBT kids? Keep reading! Just like the celebrities who support their gay siblings, these moms and dads always stand by – and stand up for- their children. Let’s check them out, shall we?

Most parents love their children unconditionally. So, it shouldn’t be surprising to learn that a celeb (or any parent, really) supports their children who come out as lesbian, gay, bisexual or transgender. Still, with so many close-minded people in the world, it’s always nice to learn that our favorite stars are also amazing advocates.

Ally Sheedy is an actress and author who is well known for her roles in the 1985 movie, The Breakfast Club, as Allison Reynolds and in the 1998 movie, High Art, as Lucy Berliner. As the daughter of a lesbian mother, it’s not surprising that she was supportive when her daughter Rebecca, now known as Beckett, came out as transgender.

In an interview with Windy City Times, Ally said that she never thought twice about whether or not to accept her child’s sexuality:

“It’s difficult for me to understand a family member judging or not loving or accepting another family member because they are gay. It’s like when a member of the family marries someone who is of another race or religion. It’s just not an issue for me.”

Anne Rice, who was born Howard Allen Frances O’Brien, is a New York Times best selling author who is best known for “The Vampire Chronicles,” a gothic fiction series that inspired the 1994 movie, Interview with the Vampire and the 2002 movie, Queen of the Damned.

As a long-standing LGBT ally, Anne has been an avid supporter of her gay son Christopher, who is also a New York Times best selling author. Speaking as an ally, Anne posted to her Facebook page, referring to an earlier post where she applauded actress Ellen Page’s courage in coming out as gay,

“I will no longer tolerate hate speech in the guise of Christian belief with the usual irresponsible pick and choose bible quotes and talk of “sin” and hellfire. Gay people in all walks of life suffer from bigotry, bias, superstition, and ignorance.  Hats off to Ellen Page!”

Barbra has always been an advocate for not only her gay son (with actor Elliott Gould), Jason (an actor and singer), but the LGBT community in general. In an open letter, published on Billboard.com, she said

“Marriage equality is the law and that deserves a toast… to all of us, because we’re all unique and beautiful in our own way and entitled to love and be loved by whomever we choose.”

Billy Ray Cyrus is a singer-songwriter and actor who is probably best known for his 1992 signature song, “Achy Breaky Heart,” and his 2019 remix song with rapper Lil Nas X, “Old Town Road.” He has been a steadfast supporter of his daughter, Miley, an actress, record producer, singer-songwriter and supporter of the LGBT community. Miley came out to her mom as a pansexual in 2006. In 2015, she revealed to Time Magazine that she identifies as gender fluid.

In addition, Miley also stated, on Billboard.com, that she has been sexually open-minded and androgynous for several years. In an interview with E! News, at the 2015 MTV Video Music Awards (Miley was the host), Billy Ray opens up about his daughter’s sexuality, stating

“We’ve always been very open-minded. Listen, it’s all about love and light. Forget the negativity and the haters. She’s rocking and rolling and having a good time. What the world needs is love. There’s too much hate…The world needs positive influences.”

Cher, whose real name is Cherilyn Sarkisian, is a singer, actress and television personality who has won a total of 143 awards, so far, throughout her career, including 4 Billboard Music Awards, 3 Golden Globe Awards, an Academy Award, a Grammy Award and a Primetime Emmy Award. She is the mother of Chaz (who was born Chastity), a transgender man, activist, actor and writer.

In 2011, Cher hosted a screening, at her Malibu home, of Becoming Chaz, a documentary following Chaz’s transition from female to male. One of Cher’s close friends, who attended the small, intimate screening, told People Magazine that during the screening Cher told her,

“I admire my son Chaz’s courage for sharing his personal journey. Most important to me is that he is very happy. That’s what I care about the most. He has my love and support.”

Isiah Thomas is a former professional basketball player (point guard for the Detroit Pistons from 1981-1994) and current studio analyst for NBA TV. In addition, he is also a 2X NBA Champion, a 12X NBA All-Star and an inductee into the Basketball Hall of Fame. Isiah’s son, Joshua “Zeke,” a DJ, recording artist/producer and sexual assault awareness survivor, came out as gay in 2008.

In an interview with Out Magazine, Zeke talked about coming out to his parents:

“I came out in 2008, my sophomore year at college. My parents like to say they always knew I was gay. I came out to them, and they were very accepting. I always knew they would be accepting.”

Johnny Depp is an actor, producer and member of the rock supergroup, Hollywood Vampires, with Alice Cooper, Joe Perry and Tommy Henriksen. He has played some many amazing and interesting roles since his acting career began in 1984, but his most memorable roles that come to mind are his role in the Pirates of the Caribbean film series, as Captain Jack Sparrow and for his role in the 2004 movie, Finding Neverland, as J.M. Barrie.

Johnny is the father of Lily-Rose, an actress and model. She has publicly declared herself to be sexually fluid and the best thing is she has the full love and support of her dad. In an interview with Daily Mail, Johnny said that he knew about his daughter’s sexuality even before she went public. He stated,

“I already knew because she tells me everything – she’s not afraid to say anything to me. We’re super-tight and I’m very proud of our relationship. Kids are going to make their own decisions, but I guess that the only thing you can do as a parent is to offer support. And I do.”

Magic Johnson, whose real name is Earvin Johnson Jr., is a retired professional basketball player (point guard for the Los Angeles Lakers from 1979-1991) and founder and CEO of his investment firm, Magic Johnson Enterprises (MJE). In addition, he is also a 3X NBA MVP, a 5X NBA Champion, a 12X NBA All-Star and an inductee into the Basketball Hall of Fame.

Magic’s most cherished role is being a loving and supportive father to his openly gay son, Earvin “EJ” III, who is a television personality, socialite and fashion expert. During an interview on Oprah’s Next Chapter, Magic told Oprah,

“E.J. is just a lovable guy. As I told him, I said, ‘E.J., I love you, so I’m going to support you no matter what.’ And I think it made him feel good — because it’s one thing with Mom. And it was another thing with me because he wanted my approval. He wanted my support.”

Marie Osmond is an actress, author, philanthropist, singer, talk show host and member of the popular show business family, The Osmonds, which consists of Marie and her 8 brothers. She is best known for her cover version of Anita Bryant’s song, “Paper Roses.” She is also well known for hosting (with her brother Donny) the television variety show, “Donny & Marie,” from 1975-1979.

Even though Marie is a devout Mormon, she has never let her religious beliefs stop her from supporting her lesbian daughter Jessica. In a 2013 interview with Diane Sawyer, as part of ABC’s Person of the Week, Marie said,

“I believe in my daughter’s civil rights, as a mother. I think that my daughter deserves everything that she desires in life. She’s a good girl. She’s a wonderful child.”

Sally has been a longtime LGBT advocate and a huge ally to her gay son, Sam. In 2012, Sally received the Human Rights Campaign (HRC) Ally for Equality Award. Introducing his mom, Sam stated, “Being gay was just one more thing she loved about me. She couldn’t be more supportive of me.” “During her acceptance, she delivered an emotional, heartfelt speech about her son, saying

“Sam was different, and his journey to allow himself what nature intended him to be was not an easy one. As his mother, I consider it one of the great privileges of my life to be part it. When I saw him struggling, I wanted to jump in and define it for him, but his brothers held me back, fiercely insisting I try not to travel that road for him. I could make it easier only by standing visibly to the side, clearly loving him and always, always there, even if it was just on the phone, at all times of the day or night.”

Of course, there are plenty more celebrities who love and support their LGBT kids, but these are some of our favorites! It breaks our hearts when we hear about unsupportive relatives. No child should ever feel rejected by the two people who are supposed to love them no matter what.

Who are your favorite celebrities who love and support their LGBT kids? Share below!

If Same-Sex Marriage is Illegal in Your Country, These Are Your Best Options