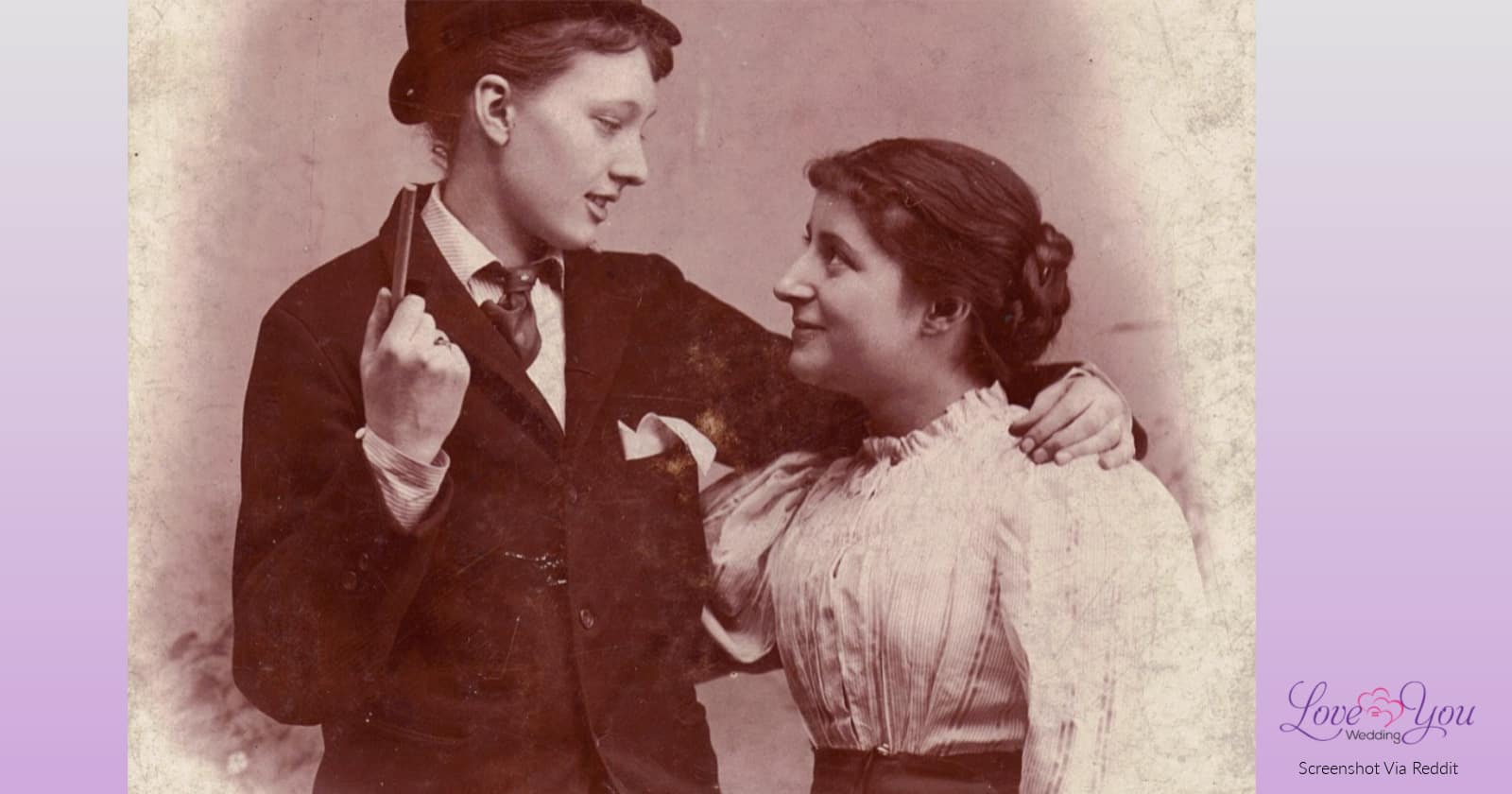 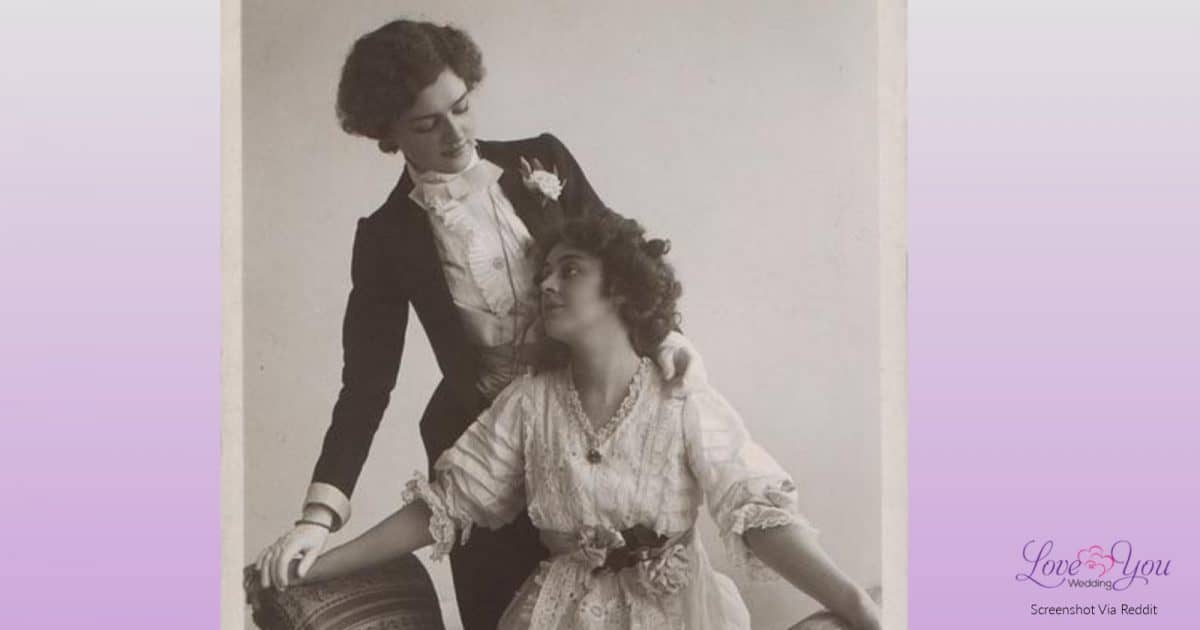 If these touching Victorian same-sex couple photos don’t prove that “love is love” is far from a new idea, nothing will. We all know that LGBT relationships are not a new concept. They’ve just finally found more acceptance. While being lesbian is not a new thing, by any stretch of the imagination, acceptance is very new.

So, as we know lesbian couples must have existed back in the Victorian ages. But it’s not easy finding the history of them. That’s where the internet comes in and shares all these amazing pictures and memories.Reddit has done an amazing job at bringing some cute Victorian couples to our attention, and I just needed to share them. I also rounded up a few more interesting moments from Victorian LGBT history.

Victorian lesbian couples make me so happy ❤️ from actuallesbians

How heartwarming is this? Proving that despite popular belief, LGBT people existed long before social media. Shock horror. While this story took a dark turn (look it up if you’re curious), it is proof that love is love, and nothing can stop that.

Up next we have Lily Elise and Adrienne Augarde. Many comments on this photo state that photos like this prove that lesbians are not a “new thing” as some may suggest. Many others point out that their clothing suggests a ceremony or wedding of sorts. That’s an amazing thing.

P.S a woman in a suit would have caused quite the stir back in 1907, so that alone is a very admirable thing to see. We love to see gender shifting back in a time when gender meant EVERYTHING.

Historical records and accounts show that  Charlotte Cushman  and Matilda Hays spent ten years together. They even had a wedding ceremony, according to Elizabeth Barret Browning. While the lesbian marriage ended with affairs on both sides, the same-sex couple enjoyed quite a few years together during a time that was remarkably challenging for same-sex couples.

4. Fanny and Stella – evidence of a gay community?

This couple actually formed a theatrical double act. In this, Frederick William Park and Thomas Ernest Boulton dressed as women and traveled around England. They did this off stage, too.Interestingly, Lord Arthur Clinton lived with Boulton and they exchanged love letters to each other. Only, Clinton sent them to “Stella”.

Clinton and Boulton were arrested, on suspicion of homosexuality activity. Clinton unfortunately died before the trial, many speculating it was suicide.While all men included in this so-called scandal were let-off because of insubstantial evidence, the whole situation is shocking.

While this one isn’t specifically about a Victorian same-sex couple, it’s still a fantastic example of how the LGBTQ community came together during the era. In 1880, Manchester City Police received notice of a ball being held. Actually, those who organised the ball took extra care hiding the guest’s identity. Why go through all that trouble for a simple ball? Yes, you guessed it – this ball was a drag ball. Complete with a bouncer dressed as a nun at the door.

The police raided this party, and the men were later charged with “improper actions”. The drag ball gained a lot of attention and all 47 of the men’s name were published in newspapers – making headlines. The majority of those who attended the bail was forced to promise the court that they would practice “good behavior” for 12 months.

Being LGBT in the Victorian era

So what was life like for these gorgeous couples in the Victorian era? To say it wasn’t easy is an understatement. Crossdressing men, “homosexual behavior,” and drag balls all sparked a Criminal Law Amendment Act. The law made this kind of “gross indecency” (obviously I don’t agree with it being called that) punishable.

Famously,  Oscar Wilde and Alan Turing were both investigated for this. Turing sadly decided to go through hormone therapy to avoid imprisonment. In 2017, a law named after him. The Turing Law posthumously pardoned him as well as thousands of other LGBTQ individuals convicted under the Act.

The first same-sex couple rights in the Victorian era

For instance, the Order of Chaeronea was established in 1897. It was a secret society with the goal of making homosexuality accepted openly. Actually, in the Victorian era, there were also “female marriages.” In these, women referred to each other as “hubby” and “wedded wife.” They were even recognized as a couple. Those seeking to reform society use this kind of marriage as a model/example.

Many find this kind of information quite shocking, especially as Victorians were seen as straitened and strict. In fact, that isn’t true. The LGBT community obviously existed and was filled with exciting people.

It’s also lovely to see this kind of information, especially with so many people claiming that LGBT relationships will “extinct” the traditional family. So, next time somebody brings up the Victorian ages as an argument, you know exactly what to say.

What do you think about these touching Victorian same-sex couple photos? Share below!