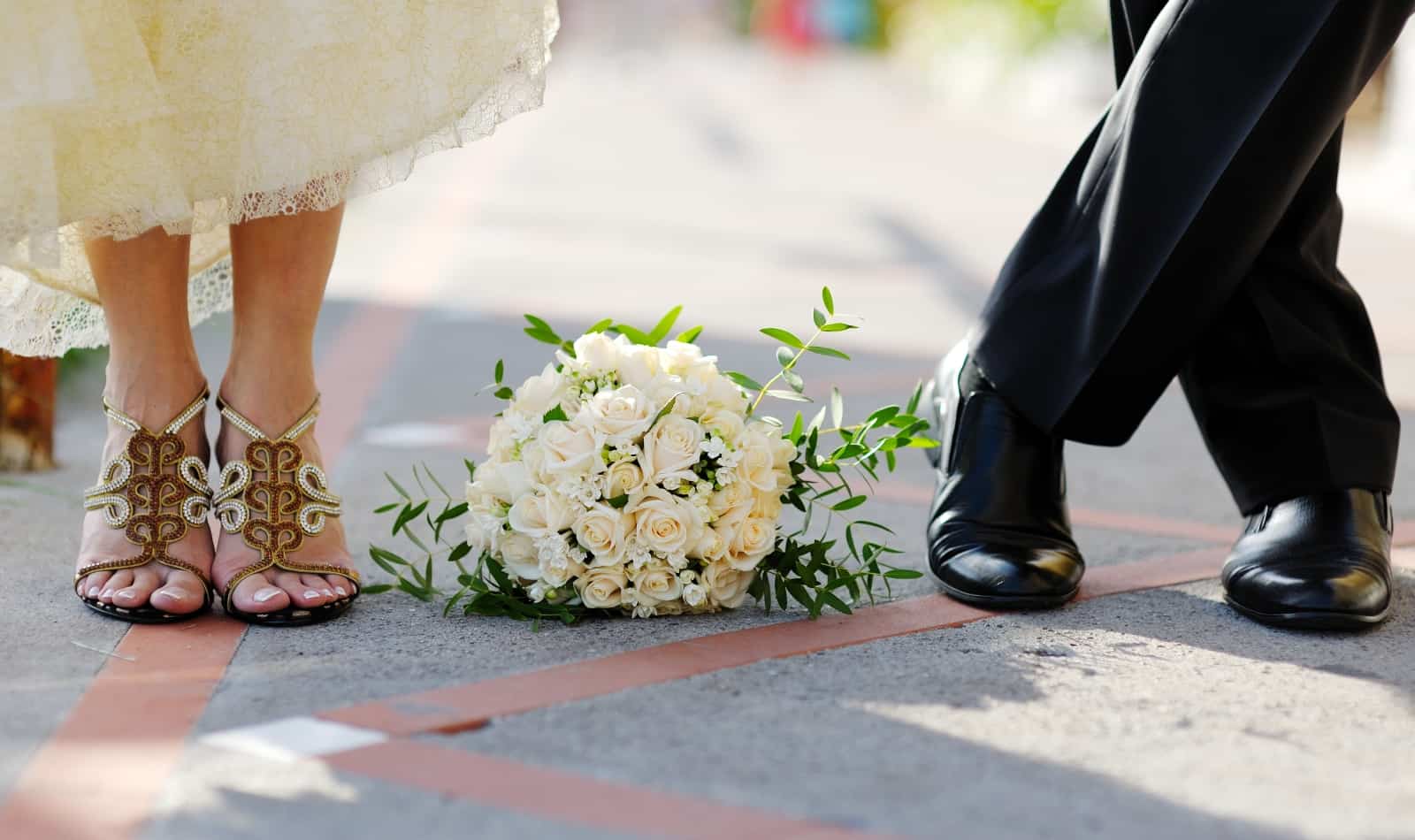 Looking for some creative couples shower shoe game questions? A little old school and have no idea what a shoe game even is is? Don’t worry, I’ll help you out with both. I’ll begin by explaining the rules of the game. Then we’ll check out a whopping 100 questions to ask! So relax and enjoy.

How Do You Play the Couple Shower Shoe Game?

Playing the shoe game is pretty easy; you only need the right questions, a good setup, an amazing MC, and obviously the shoe.

Check out and try this amazing couple shower shoe game printable to make things easier for you!

You want to be where everyone can see your answers, so it’s best to play the game on the dance floor.

Place two chairs back-to-back, and sit on one chair and your partner on the other chair. The idea is not to see each other.

So, the rule is, each time the MC asks a question, you raise the shoe of the person who does that thing most (don’t worry, it will all make sense when you see the questions).

Since you can’t see each other, you don’t know what the responses of your partner are. Well, sometimes you can tell from the reaction of your audience, but as drinks kick in, everything becomes unpredictable, and that’s when the fun begins.

How Long Should the Wedding Shoe Game Last?

You want to have fun, but you don’t want your guests to get bored. So, 10 minutes are enough, and since the answers don’t need an explanation, you can cover at least 20 questions.

I’ll include many couple shower shoe game question ideas on this list, but don’t feel the pressure to cover all of them.

Simply pick a few that excite you or better, have your friends do it, it’s more fun when you don’t know what’s about to hit you.

Wedding showers give us a chance to celebrate our love with our close friends before we say ‘I Do.’

It should be a party full of laughter and loosening up to savor the moment before getting back to a busy life.

One of the common funny bridal shower games is the shoe game, but it’s only fun when the questions are creative.

I hope you got a couple of questions from my list.

What other couple shower shoe game questions do you have in mind? Share with us below!

How to Organize A Surprise Wedding: Things You Need to Know