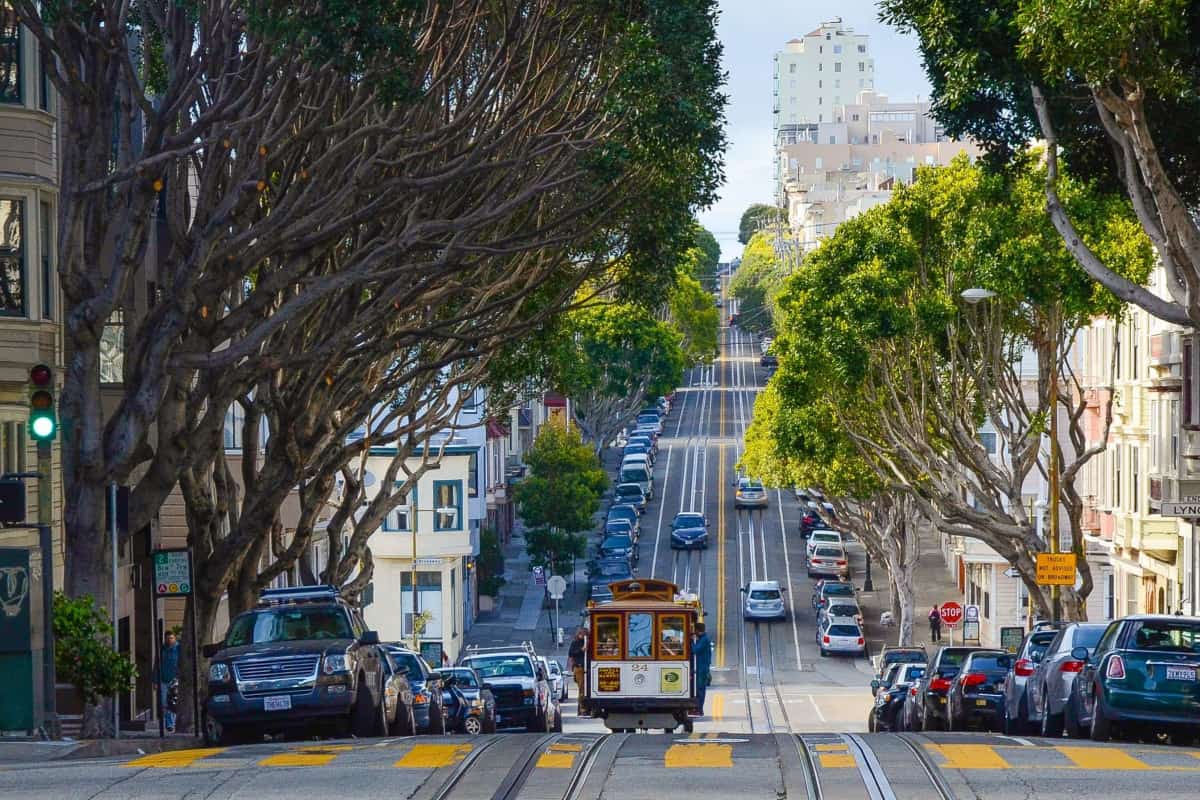 If you need a fun honeymoon idea, consider planning a trip to see these important LGBT landmarks in the US!

From buildings to exhibits to memorials, all of these places played a role in the fight for equality.

Plan your honeymoon around just one or take an epic road trip to see them all!

Important LGBT Landmarks in the U.S.

Whether it’s a building, an exhibit, an inn, a memorial, a monument, a museum or a tavern, there are a few amazing LGBT landmarks around the United States that showcase historical moments in the fight for gay and lesbian equality.

Here are some of those landmarks that you may not know about.

I purposely left off the famous Stonewall Inn because everyone already knows about that one and I wanted to give you some other ideas as well!

Located at 3909 Sunset Boulevard in Los Angeles, the Black Cat is an upscale American gastropub in a historic location related to the LGBTQ civil rights movement, formerly the home of a popular gay bar.

They assaulted numerous tavern patrons and arresting some of them, charged them with lewd conduct.

Why? All because they were ringing in the new year with embraces and kisses.

The following month, activists organized a protest outside of the tavern.

This was one of the first protests that was organized to bring awareness to police brutality towards the LGBT community.

On November 7, 2008, the establishment was declared a Los Angeles Historic-Cultural Monument.

On October 27, 1985, a protest that began with two men- Frank Bert and Steven Russell, who were both HIV-positive- who chained themselves to the door of the Federal Building.

The pair were demanding that the United States government increase funding for AIDS-related care, research and social services, in the height of the AIDS epidemic that had already decimated half of San Francisco’s gay male community.

Soon after, activists and supporters began to gather at the site, turning the protest into a 24/7 AIDS/ARC (AIDS Related Conditions) vigil.

The vigil lasted 10 years and ended when a storm destroyed the tents that the protesters were using to take shelter from the weather.

Today, that vigil remains San Francisco’s longest-running protest. You can read more about this historic vigil in this historical essay.

On February 27, 1987, the Federal Building was designated a National Historic Landmark District and on June 5, 2017, it was listed on the National Register of Historic Places.

The center provides a safe and welcoming place for approximately 25,000 women and their families each year.

At The Women’s Building, women and girls are empowered and supported, to ensure they have the right to live creative, joyous and safe lives, through several of their programs and services.

The highlight of the center is the brightly-colored mural, known as MaestraPeace, which cover 2 entire exterior walls of the building and the interior entrance lobby and stairwell.

Completed by 7 Bay Area muralists and several volunteers, work began on the mural in 1993 and took about a year to complete.

The mural features the faces of female icons from around the world, throughout history, including

Also, woven throughout the mural, written in calligraphy, are the names of more female icons, including:

On April 30, 2018, The Women’s Building was listed on the National Register of Historic Places.

The first museum dedicated to the HIV/AIDS epidemic. Founded by Steve Stagon, the museum officially opened to the public on May 15, 2014.

The mission of the World Aids Museum is to “increase awareness of the AIDS epidemic by documenting the history of HIV/AIDS, remembering the people who suffered from this disease, educating people about HIV/AIDS, enlightening the world to this continuing tragedy and empowering the survivors.”

The museum houses the main gallery, a research library and 2 art galleries.

The Chronology of AIDS, located in the main gallery, is the museum’s artfully designed and informative signature exhibit, which features a historical timeline of the HIV/AIDS epidemic.

According to the museum’s website, a tour of the exhibit is a “serious yet uplifting exposition of the pandemic’s nadir in the 1900s, to today’s promising eradication efforts and treatment breakthroughs.”

Located along a half-mile stretch of North Halstead Street- Chicago

An outdoor LGBT history exhibit that is “the world’s only outdoor museum walk and youth education program dedicated to combating anti-gay bullying by celebrating LGBT contributions to history.”

Currently, the Legacy Walk is made up of 40 bronze memorials, each one commemorating the life and work of LGBT individuals, groups and events that have made an impact on culture and world history.

A few of the notable people featured at the Legacy Walk include:

Located at the intersection of Christopher, Grove and West 4th Streets- Manhattan-

The Gay Liberation Monument is part of the Stonewall National Monument, a 7.7-acre monument that includes the 0.19-acre Christopher Park and the block of Christopher Street that surrounds the park.

It was also designated a National Historic Landmark on February 16, 2000 and listed on the National Register of Historic Places on June 28, 1999.

The Gay Liberation Monument showcases two same-sex couples, two seated women and two standing men, that represent the affection displayed by both females and males in the LGBT community.

The bronze statues, covered in white lacquer, were cast from plaster molds of human models.

The monument was unveiled on June 23, 1992 by Mayor David Dinkins and New York City Department of Parks and Recreation Commissioner Betsy Gotbaum.

26 Wooster Street- Lower Manhattan- A visual art museum that is the world’s 1st and only museum focused on LGBTQ art.

According to their website, the museum’s mission is to “exhibit and preserve art that speaks directly to the many aspects of the LGBTQ experience, and to foster the artists who create it.”

The museum was founded in 1987 by Charles Leslie and Fritz Lohman.

In 2017, the museum underwent a massive renovation, which expanded the exhibition area from 3,300 square feet to 5,600 square feet.

With important LGBT landmarks spread all across the nation, you could easily turn your honeymoon into a meaningful road trip!

Do you know of any other important LGBT landmarks to visit on a honeymoon? Share below!