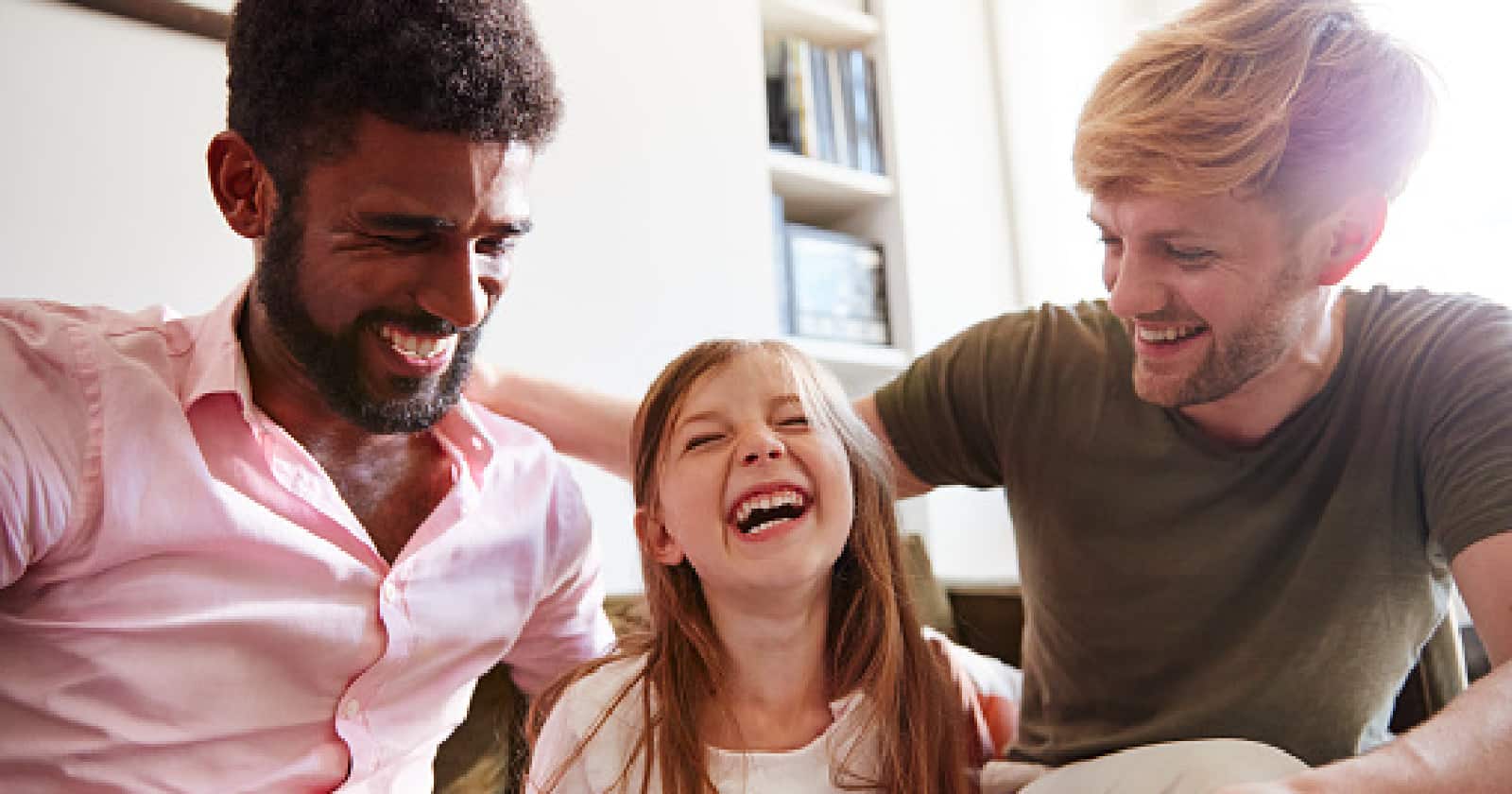 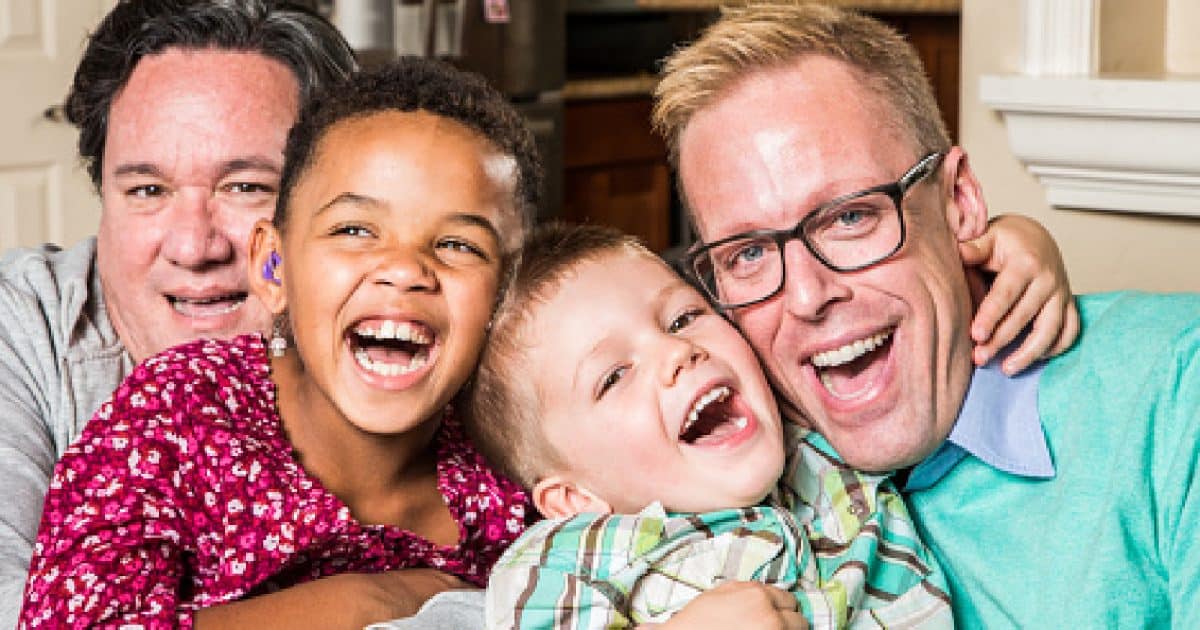 A few weeks ago, we shared “10 Questions You Should Never Ask Lesbian Parents.” Today, we are going to turn the tables a bit and tackle some questions that LGBT couples have about parenting but may be too nervous or scared to ask. I am also going to include studies that back up the answers to those questions. I’m hoping by doing so, I can ease your fears even more. Let’s get started, shall we?

Questions LGBT Couples Have About Parenting But Are Afraid To Ask

First, let me just say, you should never be scared to ask a question. Chances are, the real answer is a lot better than the imaginary one you have floating around in your head. Even if it’s not, it’s always better to know. Knowledge is power, after all. However, I think you’ll be relieved by the answers to the most common questions LGBT couples have about parenting. Take a look and see.

1. Can I Be a Good Parent As a Lesbian Woman Or a Gay Man?

2. Do Children of Lesbian Parents Suffer From Mental Health Issues?

Not any more than any other child. The National Longitudinal Lesbian Family Study (NLLFS) is the largest, longest-running (began in 1986) prospective investigation of lesbian mothers and their children, in the United States.

A portion of the survey, published in the New England Journal of Medicine, showed that children of lesbian parents had no more behavioral or emotional problems that did a representative sample of kids their age.

3. Do Children Raised By Lesbian or Gay Parents Have Problems in Personal Development?

No, they don’t. The Child Welfare League of America issued a position statement, on their website, on the issue of the parenting of children by lesbian, gay and bisexual adults. The statement, which is based on scientific evidence, reads,

“A growing body of scientific evidence demonstrates that children who grow up with one or two parents who are gay or lesbian fare as well in emotional, cognitive, social, and sexual functioning as do children whose parents are heterosexual.”

Of course not! An effective parent is not determined by their sexual orientation. According to the American Psychological Association (APA), “there is no scientific evidence that parenting effectiveness is related to parental sexual orientation. That is, lesbian and gay parents are as likely as heterosexual parents to provide supportive and healthy environments for their children.”

5. What Do Children Call Their LGBT Parents?

There are an array of names that same-sex couples are called by their children. For example, lesbian couples can choose from mama, mom, mombo, momma, mommy or momo. For gay couples, they can choose from dad, dada, daddy, pabbi, papa or poppy.

Also, they can use any combination of the above words plus either the first name or the first initial of the name, such as Mama Angie, Mommy A or Daddy Jeff, Papa J. Some parents choose to draw on their ethnicity. Mother and father in French is Mere/Pere, in German is Mutter/Vater, in Irish is Mathair/Athair, in Italian is Mamma/Babbo, in Polish is Matka/Tata and in Spanish is Madre/Padre.

Absolutely! There have been numerous successful LGBT people. Beth Ford is the CEO of Land O’Lakes and the first openly gay female CEO of an American Fortune 500 company.

7. Where Can We Find An LGBT-Friendly City to Raise Our Family?

If moving is an option for you, moving to a new city that’s LGBT-friendly may be beneficial to the whole family. By relocating to an LGBT-friendly area, you’ll likely have a support system that you can rely on when raising your little one.

Move.org posted the 5 Best and Worst States to Move To Start An LGBTQ+ Family. They listed the 5 best states (in order) as California, Illinois, Hawaii, Connecticut and Maryland, while the 5 states you may not want to consider moving to (in order) are West Virginia, Virginia, Wisconsin, South Dakota and North Dakota.

Travel Wise has listed 10 of the Best Cities for LGBTQ+ Families to Call Home. These 10 cities range from San Francisco, California to Amsterdam, The Netherlands.

8. Where Can My Partner and I Find Support for LGBT Parents?

You’ll likely want to connect with other LGBT parents for advice and support. However, if none of your LGBT friends are raising a baby at the moment, not to worry, there are some resources out there for you. Gay Parent Magazine has a list of national and regional support groups. The Family Equality Council allows you to search through their national network of LGBTQ family groups, as well as online and in-person events for LGBTQ parents. Meetup.com is a platform that allows you to connect with others in your area that share your interests. Check out LGBT Families, Gay Parents and LGBT Parents. 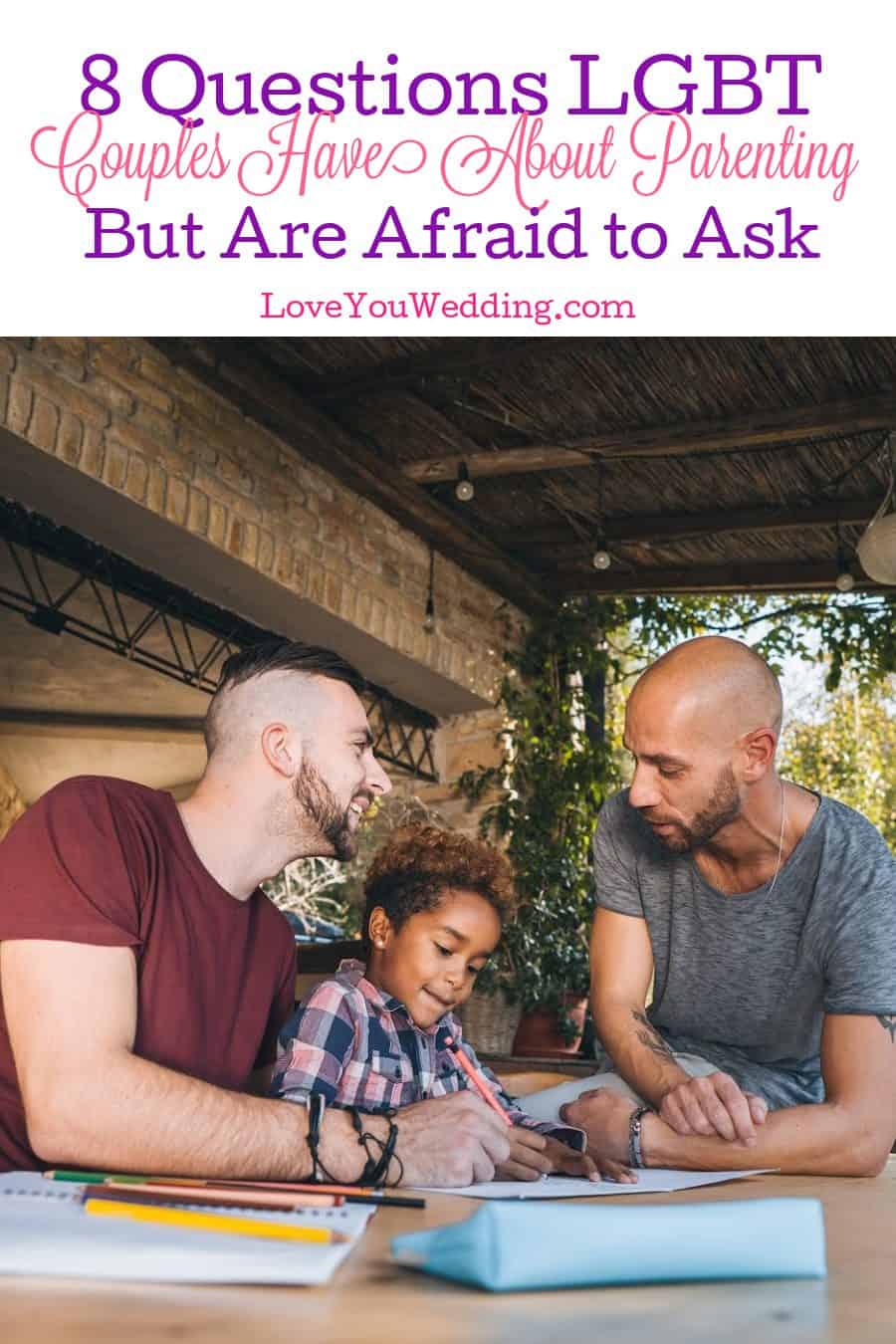 It’s natural for all parents to worry about whether they’ll be good moms and dads or whether their kids will be well-adjusted. While there are no guarantees when it comes to raising children, I hope the answers to these questions LGBT couples have about parenting set your mind at ease a bit.

Can you think of any questions LGBT couples have about parenting that we missed? Share below.