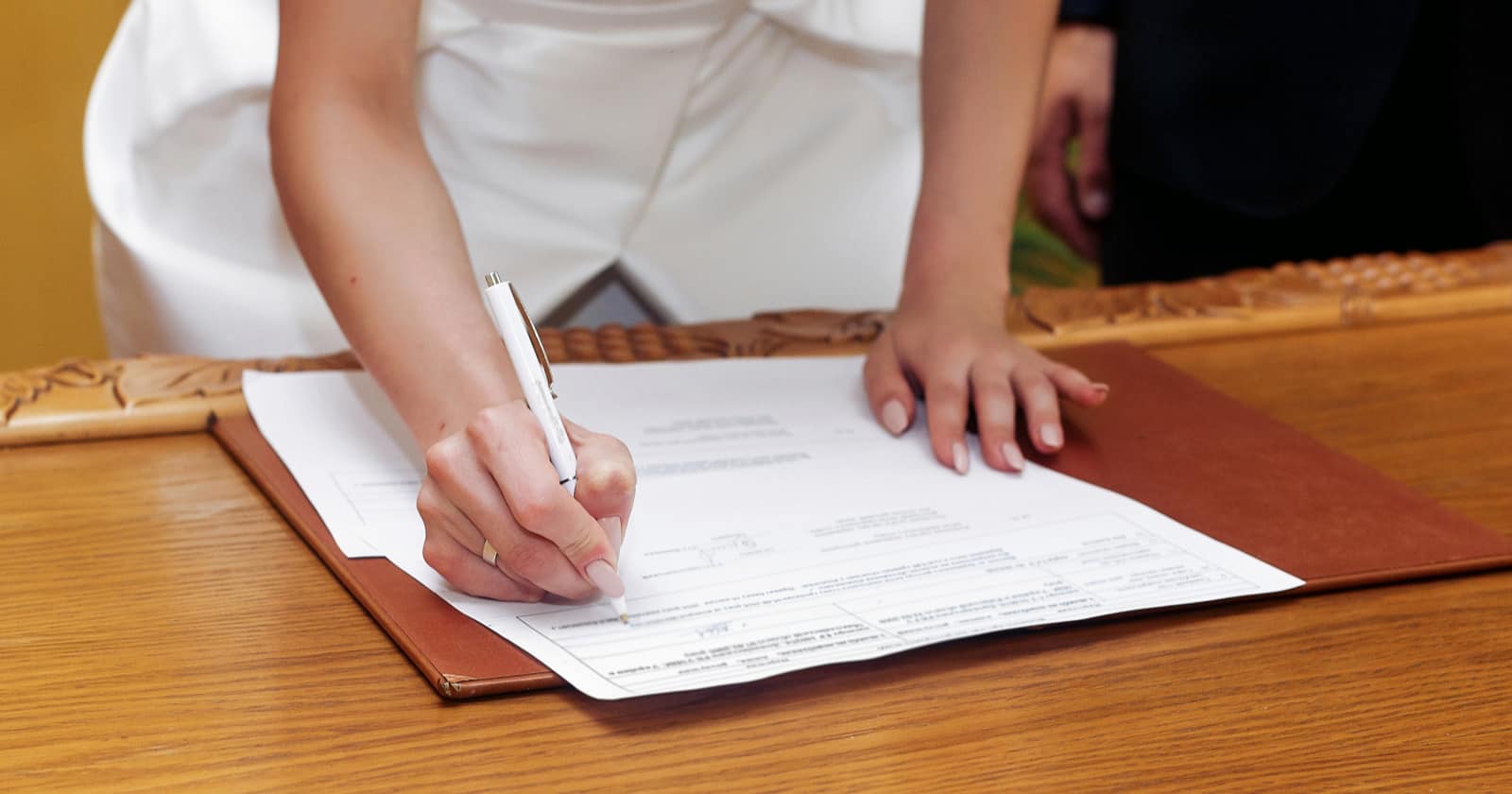 With big weddings off the menu for a while, a lot of couples are wondering how to elope and still have a wonderful wedding day experience.

Eloping has a lot of mysteries surrounding it.

Sure, it sounds SUPER romantic, but it has many legal and practical aspects which you need to consider.

Let’s talk about what you need to know before you run away to get married!

You may also like: Can’t Have the Big Wedding of Your Dreams? Downsize It Into an Elegant Minimony!

Complete Guide on How to Elope

Actually, eloping is becoming more and more popular. Not just because of the jetting off to an exotic country connotation.

There are many reasons why people choose to elope, rather than traditional marriage.

It saves you money (most of the time), no more family politics, and it makes everything a little more personal. For some, it’s just a mere bucket list wish.

Sadly, LGBT weddings also aren’t legal in every country. A courthouse elopement to a country that will make everything official is a wonderful option.

So, let’s look into what elopement really is, why it’s different, and how you can organize one yourself.

Okay, technically eloping is the act of “running away” and secretly getting married.

This has been romanticized tons, as well as made into comedy skits elsewhere. It’s really not that simple.

First of all, couples that elope are often looking for somewhere they can legally get married, or get married without complications.

Sure, you don’t invite many (if any) guests, but sometimes keeping it secret is necessary, for whatever reason.

Eloping is a great alternative to traditional weddings. It’s informal, can be cost-effective, and can actually be really romantic.

The bad news is that while the movies make eloping look like something you can do on a whim, it really isn’t that easy. The elopement planning process could be quite a hectic one.

Weddings are SO expensive. This isn’t news to anybody. Even your destination elopement abroad is still likely to save a lot more money.

Elopement can cost less than a thousand dollars. Of course, this doesn’t factor in suits or a wedding dress – but rentable/cheap options of those are also available.

This isn’t to assume that your family doesn’t support you or that you had parental consent issues. It could just be a location issue or conflicts within your family.

I totally understand, and eloping could easily solve that. Nobody feels “left out”, as it just isn’t a traditional wedding.

You’re not a traditional fan –

There are many qualms that you may have with traditional marriages. This could be political, societal, or personal.

So, suppose you don’t want to be given away or don’t want religious connotations. In that case, if you dislike regular wedding traditions, or just don’t like being the center of attention – eloping seems pretty perfect for you.

You just don’t want to plan a wedding –

Getting engaged and the thought of being married is wonderful. Actually planning a wedding?

That is a very subjective interest.

Wedding planners exist because many people can’t even begin to fathom how to organize a wedding. P.S you can use an elopement service, too.

Maybe you tried the whole big wedding thing, and it didn’t work out. Going for an intimate wedding won’t be a bad idea.

A marriage is between two people, perhaps a wedding should be, too.

What are the legalities

Unfortunately, depending on where you live, you likely can’t just jet off and get married in such a spontaneous way. Marriage laws governing these intimate ceremonies vary.

While some states do issue marriage licenses that can be used on the same day, others require at least a 24-hour waiting period.

Some even require longer waits for the marriage certificate, all the way up to one month. Even if your state does allow spontaneous weddings, unless you’re planning to get married in your local courthouse, you will need to make at least some plans for your elopement vision.

If those plans involve running off to another state or country, then expect to spend at least a couple of weeks working on them to be able to choose the perfect elopement location.

Usually, this involves paying a fee, making an appointment, knowing all the details, and owning a valid passport.

Eloping abroad may be subject to the laws of the country. So, make sure you research into everything beforehand.

For example, did you know some countries require blood tests?

Same-sex couples need to go a step farther in their research and make sure the country is LGBTQ-friendly.

Not all are, and some go so far as to imprison (or worse, execute) same-sex couples.

This is why a wedding planner or an elopement service can make the legalities and organizing of your dream elopement a lot easier.

If this all seems a little overwhelming now, you could consider using one of these services – their elopement packages are still cheaper than average wedding costs.

How to make eloping easier

Here are a few quick tips that will make eloping much easier.

Yes, that’s true for all weddings. Expecting gifts is just, well, uncouth. However, when you run off and elope, you kind of forfeit the level of gifting that you’d receive if you actually had a wedding.

I hope these tips on how to elope help you decide whether it’s the right decision for you. If it’s not, remember, you can always have a small wedding at home instead.

Do you have any other tips for how to elope? Share below!

Planning A Non-Binary Wedding? Here’s How to Do It!