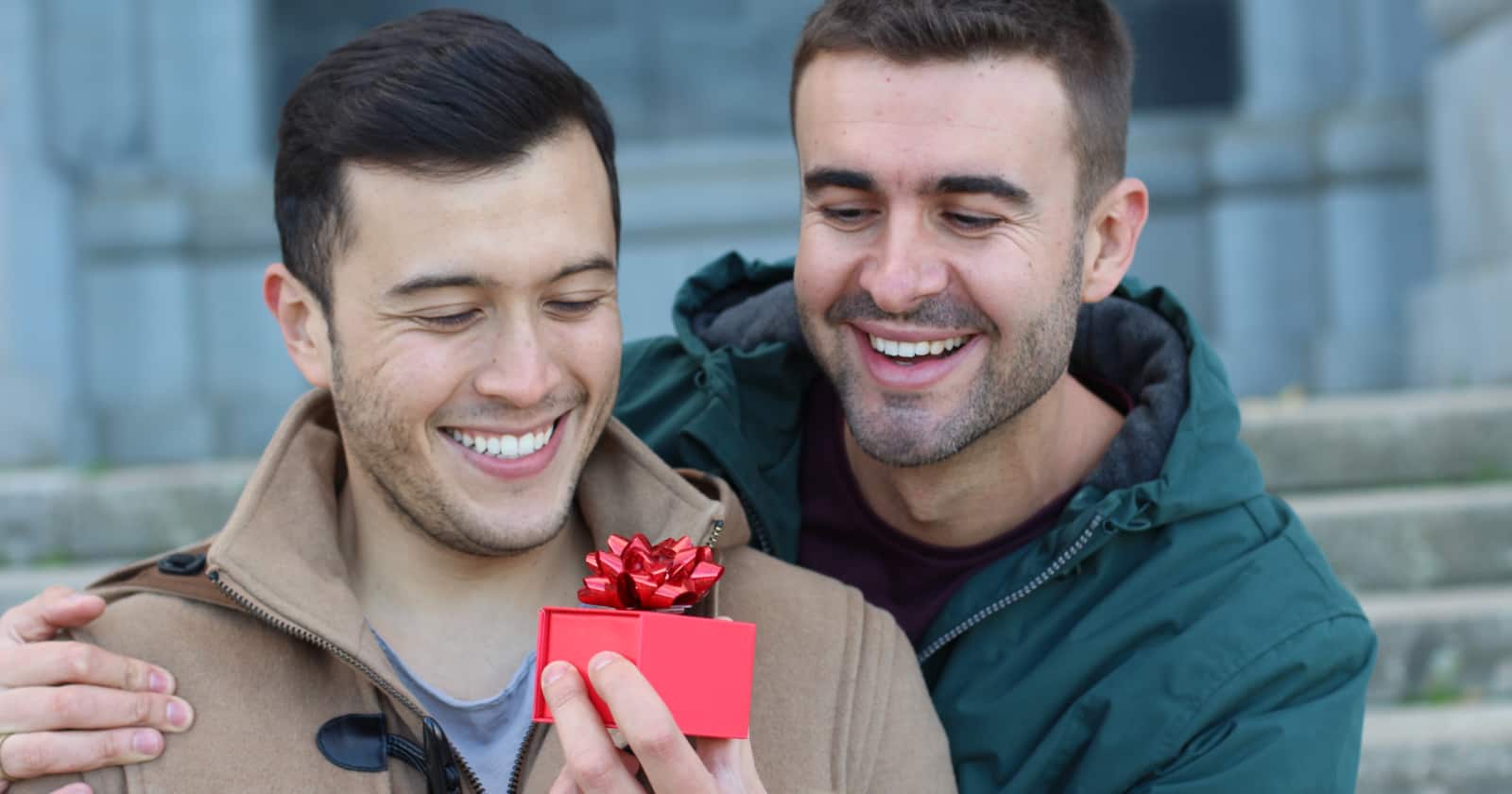 Nothing melts my heart like gay marriage proposals. I love how people in love go out of their way to surprise their partners.

Every time I read, watch or witness an LGBTQ proposal, I tell myself; it doesn’t get better than this. But then I see another one and realize it does.

If you’re having a hard time coming up with inspiration for your own proposal (or not even sure who asks who in a same-sex relationship), keep reading!

Who Proposes in a Gay Relationship?

It really depends on what a couple’s preferences are. There are several factors that go into who proposes to who in a same-sex relationship.

But, to give you an idea of who proposes, here are two examples.

Once upon a time, in opposite-sex relationships, it was the guy doing the proposing. That’s changed a lot over the years, though, and now it really comes down to whichever partner is bold enough to ask first.

So, if you really want to take that next step and you think your partner is ready, too, but may be too shy to do the asking, go ahead and pop the question!

Sometimes, both partners propose to each other, and it’s just the most romantic thing ever! This is usually one of those totally unplanned things. I remember one party I attended, my friend dropped to her knee, pulled out a ring and started to propose to her girlfriend.

Well, her girlfriend started laughing! Why? Because she had a ring in her pocket and was planning to propose at that very same party!

Honestly, there is no rule on who proposes in a same-sex relationship. Whatever you choose to do is the right way to go!

If you’re planning a marriage proposal for your soulmate and you have no idea how to go about it. Here are brilliant ideas you can source your inspiration from.

1. Go on a Scavenger Hunt

A marriage proposal is an excellent excuse to go through a couple’s memory lane. Visit all the sentimental places you went to together and talk about each of them.

For the last destination, choose a special place you both have talked about visiting and create a new memory.

This is the place you’ll visit on your 20th-anniversary scavenger hunt.

2. Give Your Partner a Day/Week of their Lifetime

Another great gay couple proposal is to pamper your partner all day. This would require a huge budget, but it would be worth every penny.

You could take your partner to all their favorite spots, go to a spa, buy them their favorite shoes – basically make the day about them—kind of like giving them a chance to experience as many things on their bucket list as possible.

At the end of the trip, you can then find a beautiful spot and pop the question.

This will ONLY be sweet if your partner loves the public display of affection. Some people feel uncomfortable and won’t enjoy it.

You can try watching a comedy or movie with a public proposal with your partner and observe your partner’s reaction.

If she goes, “Awwwh, that’s cute, “and almost sheds some tears, she will definitely love a public proposal.

Another way to know if your partner will appreciate the grand gesture is their habit on social media.

If they’re always documenting everything they do on social media, chances are they would love a public marriage proposal.

If your partner is an introvert who loves to keep her life private, then an intimate marriage proposal is the best way to go.

You can also take your partner for a picnic, set it up well or hire a professional to do it, bring their best food and champagne, and pop the question.

5. Propose at their Workplace

With permission from the right people and help with her co-workers, you can have a setup done when they’re not there. And you can later surprise them.

One of the special parts of a proposal is the gay marriage proposal speech. What you say in those few minutes is what your spouse will always remember when they talk about how you proposed.

Here are a few examples of what to talk about:

· The “what fascinates me most about you” speech

· The “how I think my life will be with you” speech

· The “first time I saw your speech.”

But hey, don’t let these ideas block your creativity. Let your imagination run wild, and keep an open mind. You know your partner best, and the day is about you two – no one else has to enjoy that speech but you two.

We just love these unexpected proposals! This is what makes them special. Not knowing it, not expecting it, but eventually, uniting two people for an eternity.

This is probably one of the most popular lesbian proposal.

It all happened on the Ellen Show, where Sarah proposed live, in front of the live audience.

It all happened after Kate tweeted to Ellen.

My parents aren’t going to attend my wedding because they don’t like that I’m gay. I need someone to walk me down the aisle and someone else for a ‘father/daughter’ dance. Please come. My fiance and I would cry.

It didn’t take long, and Ellen invited them both on her show.

Sarah said that “there’s no better way to do it than in front of our chosen family and of course, our biggest role model.”

The Tennessee couple planned to propose to each other at the same time, but none of them knew it.

It all happened while they were visiting the Memphis Zoo and Aquarium in 2018, to celebrate their anniversary.

When Becky proposed, Jessa started searching for her ring instead of saying yes, making it an amazing double proposal.

When Giulia planned to propose, she made sure her moment would be truly unique.

It all happened in their Philadelphia backyard.

Giulia made custom signs for her two kids and bulldog, asking Jess is she would marry their mother.

Everything was unique and very personal. and they all celebrated in the way they loved!

I don’t really wear jewelry, nor do I believe that the size of the engagement ring has anything to do with true love. Our rings are custom-made using a Japanese style called mokume-gane, which fuses layers of differently colored metals to form something completely unique.

Captain Matthew Phelps proposed to his now fiance, on a White House tour they were invited to during Obama’s administration.

It all happened back in 2012, and the video went absolutely viral, partially because it was the Marine Corps’ first LGBTQ proposal in the White House.

I don’t feel like a gay-rights symbol. I feel like a Marine, a son, a brother, an uncle, a friend, and now, a fiance. I’ll soon learn how it feels to be a husband to an amazing man. I believe in my service, I believe in love, and I believe in equality. That doesn’t make me a symbol. It makes me a human.

After one of Obama’s LGBTQ speeches during the Pride Month, transgender Cross Hall proposed to his girlfriend inside the White House.

Their video went viral, and although Liz waited a couple of seconds, she said YES!

Because the last three and a half years you have been an amazing adventure. Because you try harder than anyone else in the world. Because while I’m a little scared to spend the rest of my life with you, because you’re so damn fierce, I’m also amazingly excited by the possibility.

All these proposals remind us that in life, everything that matters is true love. There’s nothing more important than being able to spend the rest of your life with your soulmate!

Proposing to the love of your life is a big deal, and you want it to be perfect and special.

I hope you feel inspired and in a better place to propose after reading my blog post on gay marriage proposals.

But the important thing is ensuring that your marriage proposal reflects your partner’s personality and the relationship you have.

What are the most epic gay marriage proposals have you seen, watched, or heard of?

Have you seen any other beautiful LGBTQ proposals? Share below!

12 Best Gay & Lesbian TV Weddings That Will Melt Your Heart