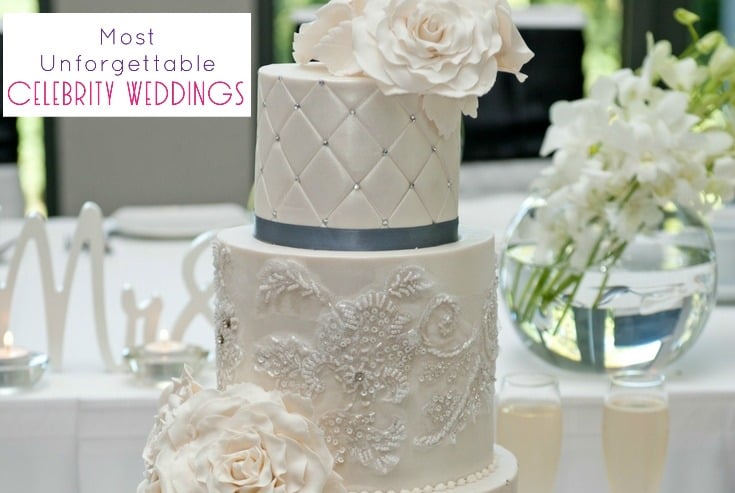 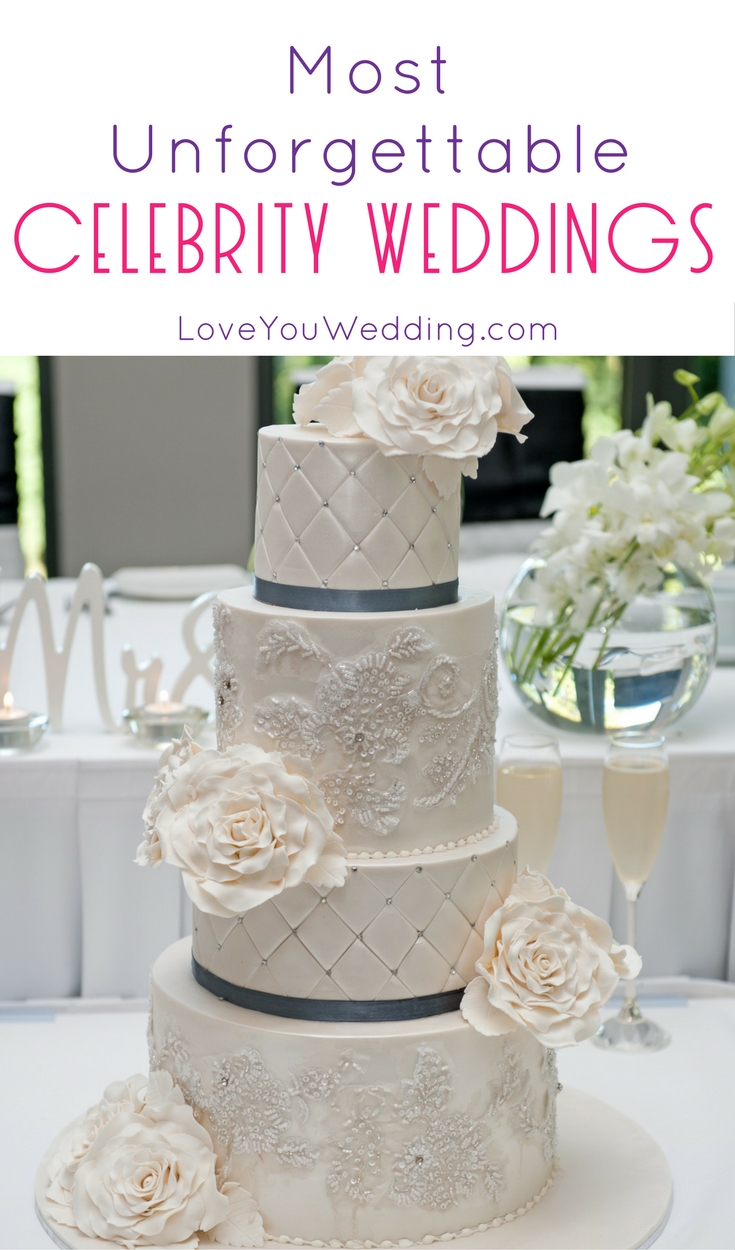 With it seems like some celebrities marriages can end up forgotten before the ice sculpture centerpiece has even had a chance to melt, celebrity weddings aren’t quite as unmemorable. From lavish events that go down in history to the hottest couples who inspire us all with their love stories, these are the unforgettable celebrity weddings that will stay with us forever. Check them out!

The wedding of Prince Charles and Lady Diana Spencer was called The Wedding of the Century. And with good reason, since it attracted more than 750 million television viewers around the world. Prince Charles was born November 14, 1948 in London, England. Diana Spencer was born July 1, 1961 in Park House, England. The couple first met in November of 1977, when Charles was dating Diana’s sister, Lady Sarah. Charles and Diana had an immediate attraction and began dating in the summer of 1980. They became engaged on February 6, 1981 and were married on July 29, 1981 at St. Paul’s Cathedral in London, England. There were 3,500 guests in attendance at the wedding. Diana’s wedding dress, then valued at $9,600, was designed by David and Elizabeth Emanuel and featured woven ivory silk taffeta, antique lace and a 25-foot train. The couple has 2 children: Prince William, born in 1982 and Prince Harry, born in 1984. Charles and Diana divorced in 1996 and sadly, Diana died from injuries sustained in a car crash, on August 31, 1997, in Paris, France.

Rapper Kanye West was born in Atlanta, Georgia on June 8, 1977. He has 4 #1 hits to his name including Gold Digger, Stronger, Slow Jamz and E.T., with Katy Perry. Kim, a socialite and reality television personality, was born in Los Angeles, California on October 21, 1980. She is best known for her family reality television show, Keeping Up with the Kardashians. The couple began dating in April of 2012 and became engaged on Kim’s 33rd birthday, October 21, 2013. They were married on May 24, 2014 in Florence, Italy at the 16th century Belvedere Fort. The wedding, cost a whopping $2.8 million included Kim’s $500,000 custom-designed wedding dress and a 7-foot vanilla and berry wedding cake. The couple has 2 children: daughter, North, was born in 2013 and son, Saint, was born in 2015.

Can you think of any other unforgettable celebrity weddings? Share them below!