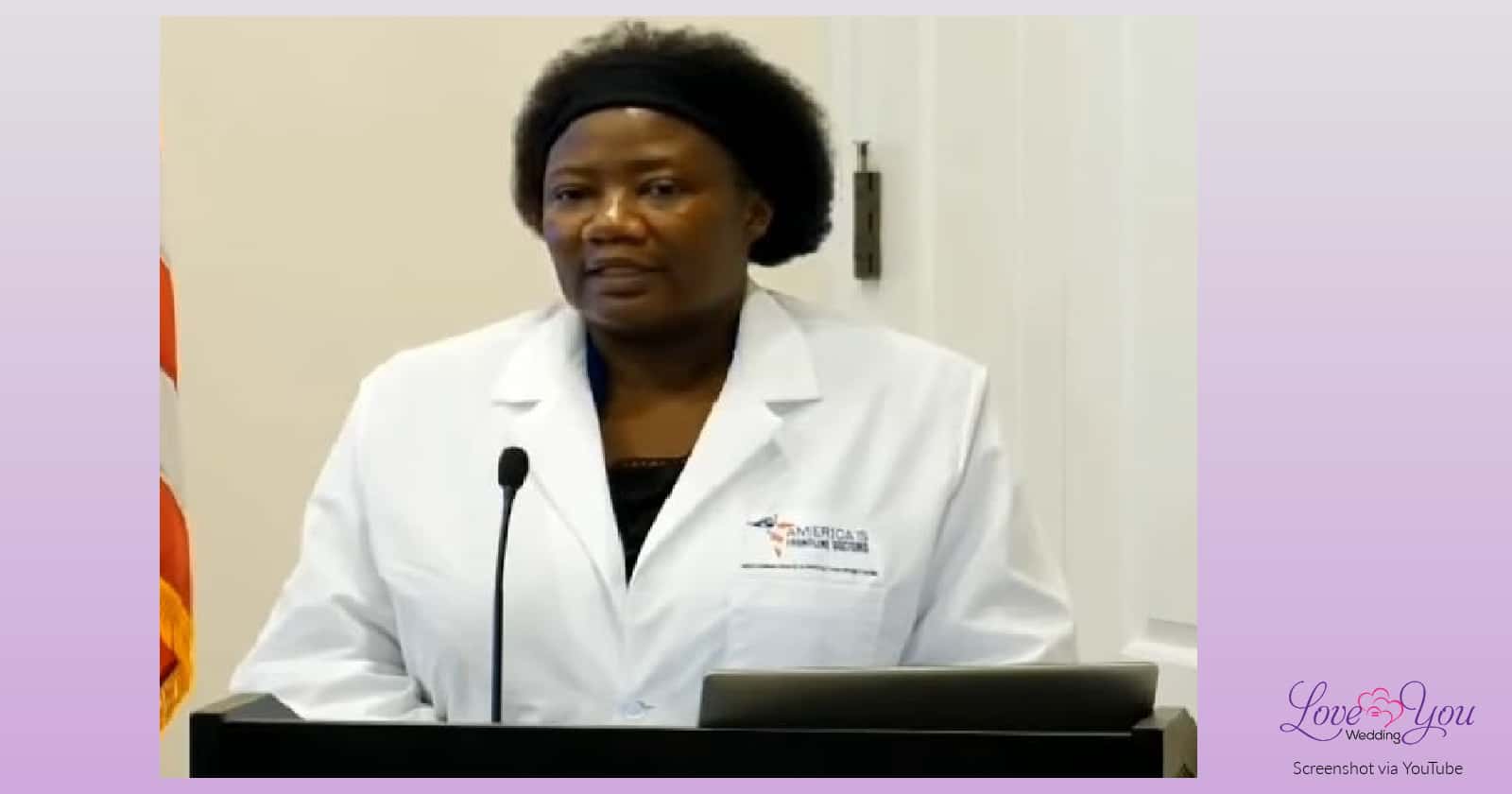 Dr. Stella Immanuel, a Trump-promoted “disease expert,” made major headlines today for, among numerous other conspiracy theories, claiming that homosexuality and gay marriage is the “Devil’s agenda.” Read on for the full story.

As the Novel Coronavirus continues to cripple the world economy and claim thousands of lives a day, world leaders are turning to any and every source to find the means to stop it. For many, that means trusting infectious disease experts and scientists.

This week, however, Donald Trump took a different angle. He promoted Dr. Stella Immanuel, a pediatrician with some rather unique ideas about gay marriage, disease, and vaccines.

Immanuel became a household name today when several other news sites, including the Daily Beast, located some other claims made the pediatrician. In just 24 hours, she’s rose to fame- or rather infamy- for her theories regarding vaccines, aliens and homosexuality.

Not too long ago, she even compared homosexuality to the “agenda of the Devil” and claimed that it is a “perverted, vile behavior that is being taught to our children.”

On Monday’s press conference held by “America’s Frontline Doctors,” the brand-new group claimed that thier “research” proves hydroxychloroquine cures the virus. They also discussed the “inefficacy” of the masks during this time. The video went viral before platforms removed it for misinforming and misleading the public. Further investigation reveals that “America’s Frontline Doctors” didn’t exist just two weeks ago, nor are they actually all doctors.

This virus has a cure, it’s called hydroxychloroquine, zinc, and Zithromax. You don’t need masks, there is a cure.

Immanuel on homosexuality, “The infestation is increasing.”

This isn’t the first time Immanuel makes outrageous claims. In an article by Will Sommer for The Daily Beast, he said.

She has often claimed that gynecological problems like cysts and endometriosis are in fact caused by people having sex in their dreams with demons and witches. She alleges alien DNA is currently used in medical treatments, and that scientists are cooking up a vaccine to prevent people from being religious. And, despite appearing in Washington, D.C. to lobby Congress on Monday, she has said that the government is run in part not by humans but by ‘reptilians’ and other aliens.

Back in 2012, she wrote a book called “Jesus Help The Church Has Been Caged” where she discussed about how homosexuality is being taught to the children.

We are now teaching tolerance to something as vile as homosexuality – even to our grade-school children. This demon has been released to infect our generation. (…) The infestation is increasing because these people release these spirits in the church and in our schools to infect others. You cannot love, counsel or drug a demon. We have been caged!

Even on her website, she states marriage can only be possible between one man and one woman, how unmarried couples shouldn’t live together and how all the other arrangements are violating the sanctity of marriage.

Biblical marriage is a covenant between one man and one woman. We do not believe the Bible condones any other arrangement that violates this definition such as unmarried couples living together, homosexuality, bestiality, polygamy, etc.

In terms of conversion therapy, she claimed it’s a good method to help LGBT people “become straight.” However, the American Psychological Association clearly stated that it can lead to “depression, anxiety, and self-destructive behavior, since therapist alignment with societal prejudices against homosexuality may reinforce self-hatred already experienced by the patient.”

While her disdain for gay marriage and feelings on homosexuality are often echoed by other conservatives, such as Franklin Graham, her position as a pediatrician and, now, promoted COVID-19 expert understandably has many people worried. Watch below to see how Trump defended his support for the “alien DNA doctor.”

What do you think about Trump supporting a doctor that believes homosexuality and gay marriage is the “devil’s agenda” and that demons cause gynecological diseases, among other things? Share below.