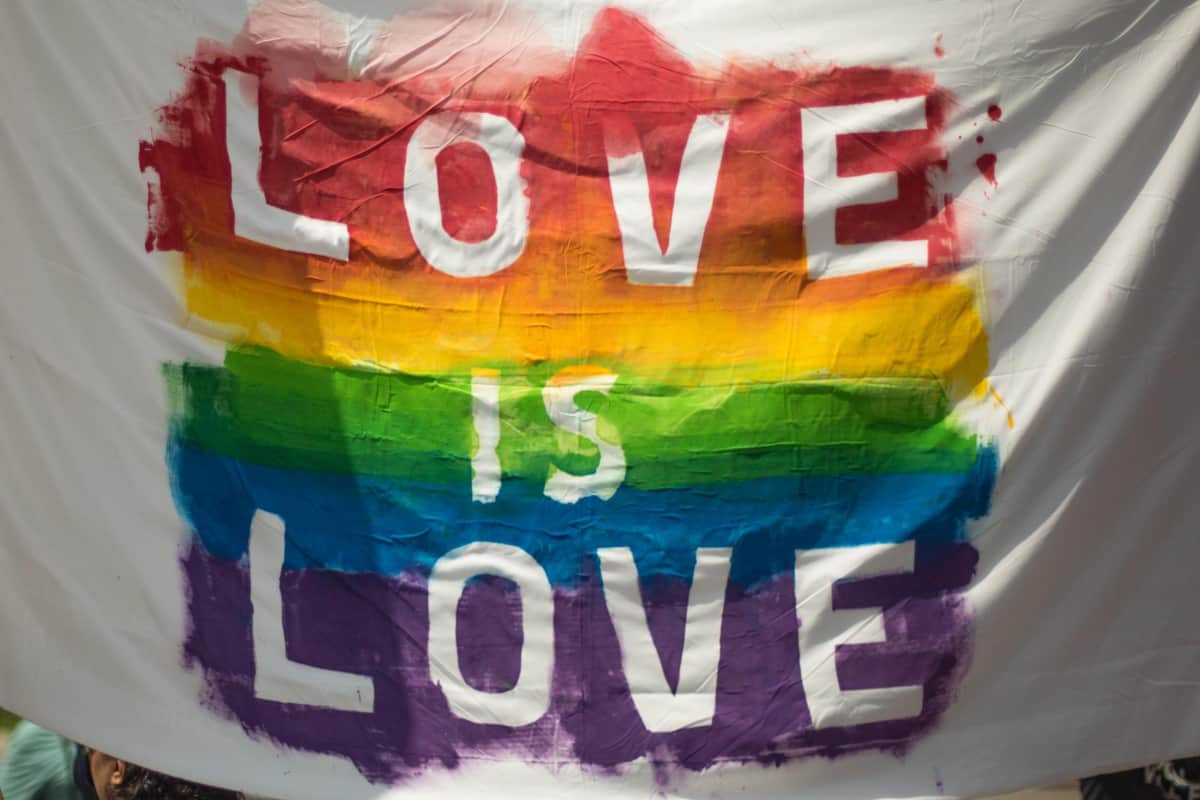 Have you heard about the recently released Freeform film, The Thing About Harry?

It’s making some major waves, and for all the right reasons!

Take a break from all that wedding planning for a moment and read on to learn why a simple & sweet romantic comedy is such a big deal.

The Road to a Gay Engagement, Maybe a Gay Marriage, but That’s ‘The Thing About Harry’

The Road to a Gay Wedding

Peter Paige, the American actor, director, and screenwriter, known for shows like Queer as Folk and The Fosters did it again!

The movie, featuring Jake Borelli as Sam and Niko Terho as Harry, has one of the most interesting plots.

When Sam and Harry are forced to share a ride together to their friends’ gay wedding and the car breaks down, the surprise happens.

Even though Sam was a serious student and would never join a jock like Harry in any activities, it looks like lust was about to change that.

Going to high school together, Sam always thought Harry hated him and they could never be friends, but our screenwriter created the perfect twist.

Harry: So you really didn’t know?
Sam: I really did not.
Harry: I thought you had me pegged a long time ago.
Sam: Why would I?
Harry: I don’t know. You caught me staring at you sometimes.
Sam: Because I thought you hated me!
Harry: No, not at all. Truth is I admired you.

We don’t want to give away any details, but given the fact that it’s a RomCom, I’m sure you can guess what happens next!

The movie puts on display the new era of relationships, the possibility of being friend-zoned due to the lack of communication.

Friend-Zone in the LGBTQ Community

In an interview for MTV.com, the cast discussed personal and non-personal matters, such as their usual Valentine’s Days, favorite comedies, the concept of friend-zone, the LGBT world and them identifying with their characters.

Paige admitted that he actually dated a straight guy:

(…)But there was one where I was dating a straight guy, and it involved a lot of whipped cream.

Terho said that he always meets someone new for Valentine’s Day while Paige was teasing him:

So what you’re telling us is you never make it past a year with anybody?

In the interview, Paige mentioned that the idea behind the movie is that everyone deserves to be loved.

We live in a world where we sometimes avoid bonding with people and he thinks that people are ‘editorializing all the time‘. There’s beauty in everything and everyone!

When discussing about friend-zone and friends falling in love, Paige reached the conclusion that for gay men, it’s incredibly hard to get back on the right track after you hit the friend-zone.

I’m a hardcore believer that it’s a bad idea. For gay men, especially, once you settle into the friend zone, it’s really unlikely you’ll claw your way back out.

The gay cast of The Thing About Harry is as beautiful as it can be. They are all united and believe that love has no gender and we are all equal. As Borelli stated:

Love is not gendered, and I totally believe that. Something that Niko and I were able to tap into was just love. The fact that we’re both guys is great, but what we were acting was just this pure love, which I think is universal and people can relate to.

What does the success of The Thing About Harry mean for future LGBTQ RomComs?

In the end, the movie was a complete success, and not just among those in the LGBTQ+ community.

Many have described it as a feel-good Hallmark-style movie but with all the fun and quirkiness you’d expect from a Freeform flick.

According to Variety Magazine, “The Thing About Harry” took a cue from Netflix’s coming-of-age animated comedy “Big Mouth” and includes a pansexual character, thus giving more representation to a lesser-viewed side of the LGBTQ spectrum on TV. “

The cast members are hoping that more same-sex love will be displayed on screen, because according to Terho, ‘Love is such a universal thing, and everybody needs to feel themselves represented on-screen’.

We are looking forward to seeing more and more gay couples, engagements and weddings!

Have you seen The Thing About Harry? Share your thoughts below!

How to Write an Epic Lesbian Wedding Toast