One Texas Judge recently filed a suit to protect judges like him from disciplinary action if they refuse to officiate same-sex weddings.

He believes that judges shouldn’t be punished for making decisions based on their opinion and religious beliefs.

You may also like: Texas Judge Forced To Remove LGBTQ Pride Flag From Court Room

“All judges of Texas decline some or other kind of sexual behavior. Myriads of judges decline pre-marital sex, several of them decline adultery and almost every judge disapproves of pederasty, prostitution, polygamy and pedophilia. Any judge who holds either religious or non-religious belief has never compromised their impartiality to handle such cases. Furthermore, these judges have never been disciplined. Hence, it appears unjust to discipline only those that have beliefs related to the wedding.”

Furthermore, the judge is requesting an injunction that bars the Commission from taking disciplinary actions against judges just because of their activities (extra-judicial) related to any subject. 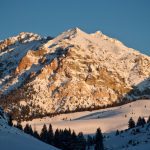 Humphress’ case points to another similar one of Judge Dianne Hensley.

Hensley, a McLennan County judge received discipline on Judicial Conduct by Texas Commission in the month of November 2019.

Dianne Hensley faced the Commission’s warning for ‘casting doubt in her capacity as a judge to act impartially’.

According to the commission, she was showing bias towards people based on their sexual orientation.

She refused to perform same-sex marriage and referring other judges for the same, in violation of Canon 4A (I) of Code of Judicial Conduct, Texas.

After receiving the warning, Dianne Hensley filed a lawsuit.

Her attorneys said that she was punished for adhering to her religious belief and it is simply a violation of the Religious Freedom Restoration Act (RFRA) of Texas.

Umphress “stands by” his Christian faith

According to the teachings of his church, marriage can only occur between two members of the opposite-sex.

Hence, Umphress refuses to officiate any same-sex marriage, citing his rights to religious freedom as his reason.

However, he fears that this act will allow the Commission to conclude that he is also violating the Code of Judicial Conduct just like Hensley.

At this point, it’s up to the state of Texas to decide if he is in fact in violation of his oath.

Umphress does appear to be violating the American Bar Association’s rules regarding when a judge must officiate over same-sex couples’ unions. Under their guidelines,

Judges who have a mandatory obligation to perform marriages can’t refuse to marry same-sex couples because this would violate the Model Code of Judicial Conduct.

According to Judge Umphress, he refuses to perform same-sex weddings. Not just because of his religious faith but also in line with the Texas law.

The judge says ‘In Texas Law, marriage between a man and a woman is recognized as legitimate and this stature is not repealed by the legislature till date.’

The judge further acknowledges that he’ll subordinate state law to central laws while taking decisions in such cases.

In other words, he’ll continue following Texas marriage laws rather than federal laws while deciding whether to officiate a wedding.

According to the lawsuit, “If disapproval to same-sex ceremonies is considered as a biased act against litigants who are homosexual, then judges cannot be a part of any church that treats homosexual behavior as immoral.”

Hence, Umphress is requesting the court to declare a First Amendment that protects judges’ right to support and join a church that follows the bible and its teachings related to sexuality.

What do you think? Should judges get away with refusing same-sex weddings on religious grounds? Share below.