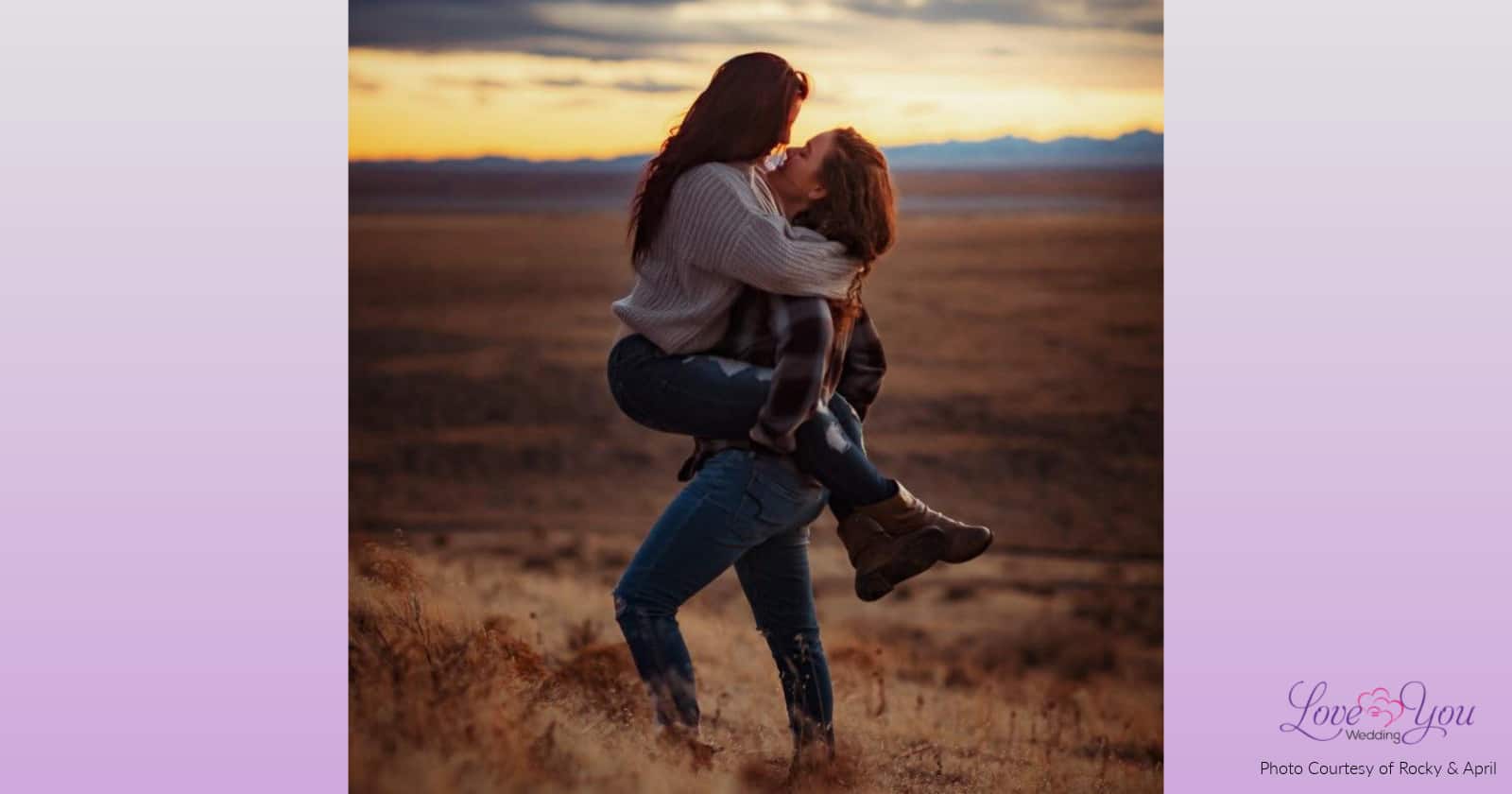 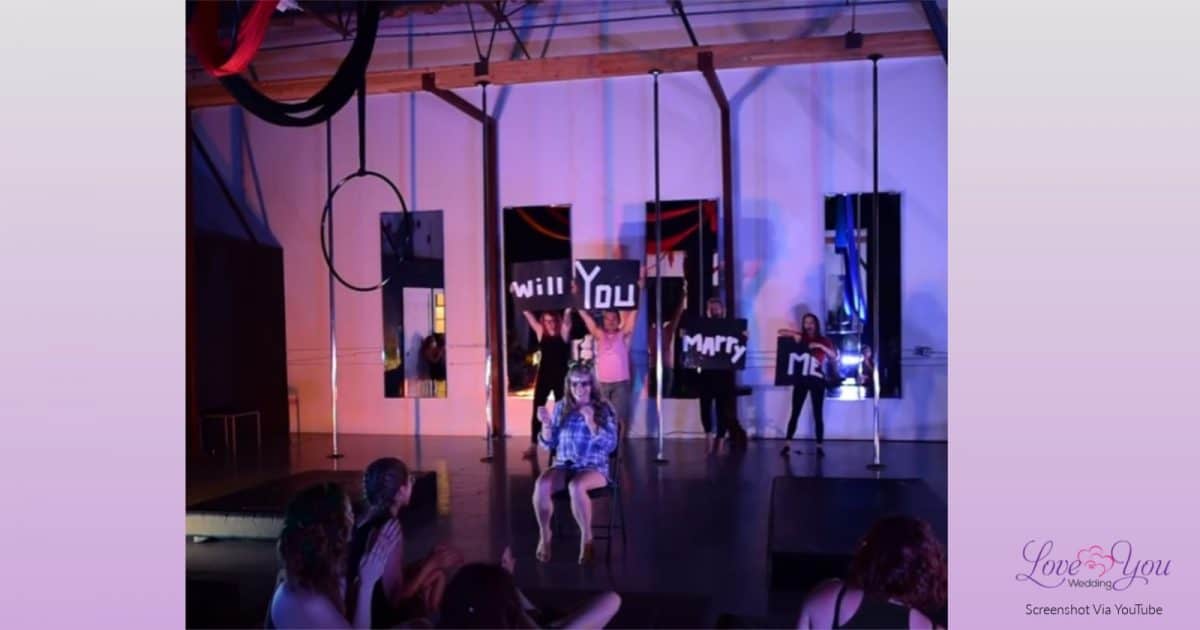 After catching Rocky and April’s sweetest LGBTQ proposal ever video, we just had to know more about the couple behind the scenes. How did they meet? What inspired Rocky to come up with such a neat and unique proposal? When is the big day? Our happy couple answered these questions and more below. First, though, take a peek at the video that has us gushing with joy.

The Story Behind This Sweetest LGBTQ Proposal Ever

Rocky and April’s love story begins with a bar, a boy, a unicorn, and even a little cheese. They met in a Utah bar during a birthday gathering for April’s friend. This isn’t your typical “girl meets girl in a pub and falls madly in love” story, though. It’s a tale written in the stars and weaved by the Fates themselves. “Rocky met my friend at a bar and my friend invited her after only knowing her for an hour or two,” April explains. Obviously, Rocky agreed, or our story would end there.

Later that night, April caught up with the pair- along with some other friends- at A Bar Named Sue. “She was drunk off her ass,” April says, laughing. The two bonded over, of all things, April’s phone case. “She saw my phone case and it was a unicorn. She said she loved unicorns and that she had a pin that said I’m a unicorn.”

The story takes an interesting twist, as April’s friend was actually trying to set her up with the Rocky’s friend – a boy. “But I was more into what Rocky had to say. Mind you I’ve never dated any girls…before her. She was over there talking to a boy about being gay, while the boy I was being set up with was asking me if I liked cheese.” If you’re curious, the answer is yes, and Gouda is her favorite.

As the night came to a close, Rocky left with her friends and April texted hers. “My friend asked me if I wanted the boy’s number and I said actually I want Rocky’s number. My friend was in shock but got Rocky’s number for me. I never texted her because I was so nervous but I had my friend set up a hangout again so I could see her. Rocky found out and asked for my number and started texting me. And that’s how the magic started.”

See, kismet, right? Of course, that was just the beginning. The best is yet to come! We talked to Rocky to learn more about the unique proposal and to find out what’s next.

When did you know April was the one?

How did I know April was the one? She treated me so different then I had ever been treated. She made and still makes me feel like I’m the most important and special person in this planet. I never ever have to play games with her she is always 100% true and shows her love for me no matter what. I knew I found my unicorn.

What gave you the idea for your proposal?

I got the idea of purposing to her like that because Onyx Aerial Studio is her happy place. I had never performed before mind you. I’m a softball player and have no rhythm. Haha.

Did she suspect anything? How did you organize it without her finding out?

She thought maybe I was doing one in October. But she never thought I would do it this soon. I also told her I was working on a birthday present.to throw her off.. I had a lot of people at the studio help me keep her off track also I joined a group with her to throw off my nervousness.

What advice would you give others looking to come up with romantic or neat proposal ideas?

I would say make it about them. Not you. Sometimes people try to be cool to impress everyone around them and no matter what you do, it should be to impress her and make [her] feel special. My whole proposal was based around her and that’s all. If it was to be cool and make me look good I would have done softball, lol.

When is the big day? Did you set a date yet?

Not yet, we are looking into a Friday the 13th date but also want it to be warm.

Tell us a little about your dream wedding

My dream wedding is a costume party. Halloween themed. Everyone in costume. And aerialists performing around us. I want our first dance to be a pole dance together. And just a big party!!!

Sounds like whenever and whatever date they choose, their wedding will be one to remember, especially if it’s anything like that sweet LGBTQ proposal!

How to Cope with Unsupportive Relatives at Your Same-Sex Wedding