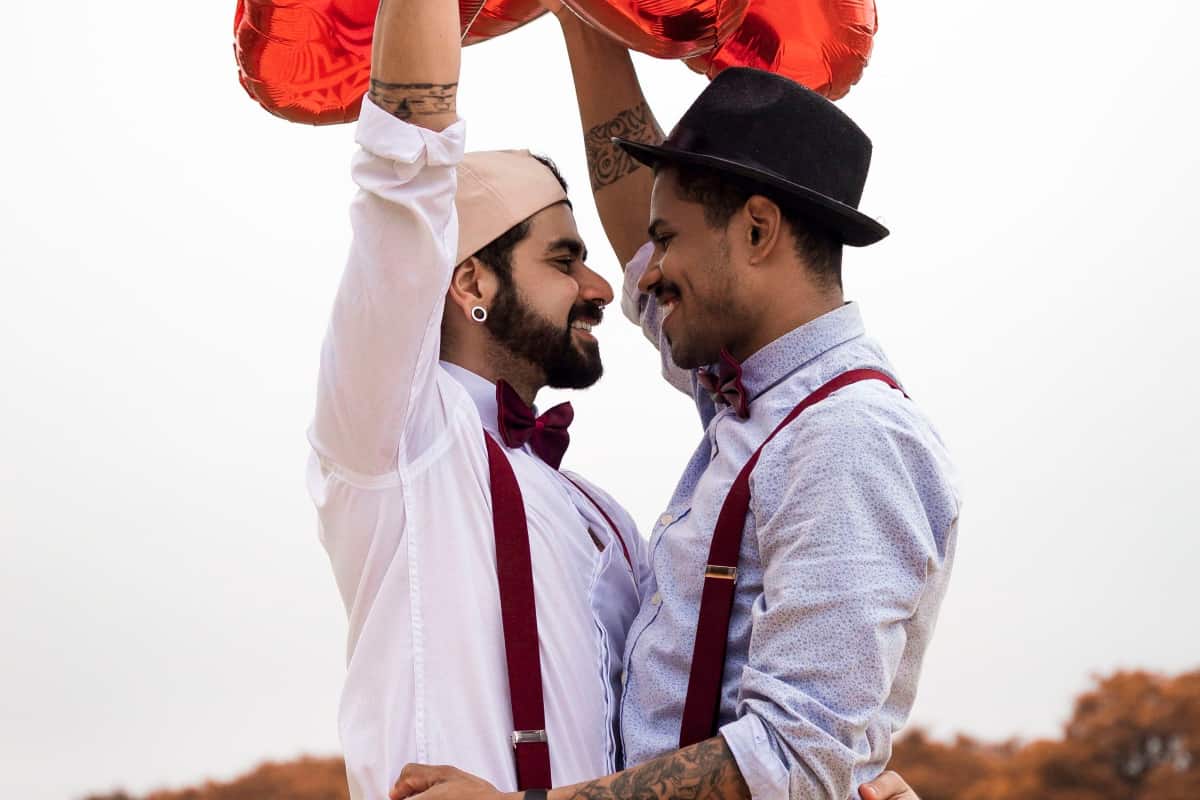 A fascinating new study shows that gay marriages are happier than their straight marriage counterparts.

Of course, you don’t need science to tell you that you’re in a loving and blissful union.

Still, it’s always nice when studies back up what you already know.

Read on to learn more about this incredible news!

According to the recent study, published in the Journal of Marriage and Family, same-sex marriages tend to have lower “psychology distress” than heterosexual unions.

Marriages between two men in particular tend to be the happiest overall as far as “lowest psychological distress” goes.

Let’s take a closer look at the findings, then check out some other studies that back them up.

Some studies show that women in heterosexual marriages suffer the strongest psychological distress.

According to the New York Times, three sets of married couples were asked to keep daily diaries.

The purpose was to decide which relationships are the most demanding.

The most relaxed people are men in same-sex relationships.

Another study, made on 765 men and women from 378 gay, lesbian and straight marriages showed the same thing.

They had to keep journals for 10 days and the results concluded that the psychological distress in much stronger in heterosexual marriages.

These things happen for many reasons, starting with the fact that in general, heterosexual marriages are traditionally more stressful.

Why? Well, for one, the chore distribution, childcare and decisions are often made in different ways. Keep reading to see what I mean.

In same-sex marriages, the spouses share their chores and don’t expect the other to take over for any reasons.

When it comes to children, even in same-sex couples one of the parents often stays at home with the baby.

But this doesn’t mean that the parent with the shortest work hours will have to take over the majority of the chores.

In fact, gay fathers have the best distribution of labor, while managing to spend the most time with their children.

While the straight fathers devote around 55 minutes per day to their kids, gay fathers spend about one and a half hour playing and caring for their kids.

Gay and straight mothers meet in the middle, at about one hour and fifteen minutes.

Additional research concluded that gay and lesbian couples are sharing their chores, while the heterosexual couples chose to go the “old-fashioned” route (with women taking on most of the burden).

This study had as a reference 104 adoptive families, gay, lesbian and straight.

Lesbian couples were the most supportive and least undermining parents. which is extremely important for a child.

Straight parents were the most undermining, while gay fathers fall in the middle between supportive and undermining.

Even when it comes to open and honest relationships, gay couples seem to have it all figured. This study was performed on 39 gay men.

It concluded that gay couples do have agreements regarding sexual intercourse outside the relationship, but they set rules and boundaries.

The rules refer to when and how it will happen, with whom and the frequency. In any relationship, communication is the key.

And same-sex couples really do know how to express their feelings and wishes and they work for the wellbeing of the relationship.

They are willing to sacrifice their time in order to get to spend more with their partner and are not afraid to ask for help when needed.

That probably explains why gay marriages are happier than straight marriages.

Of course, as with every study, more research is necessary to definitively confirm the data.

Still, it’s definitely something to keep in your “response toolbox” for those times when you’re dealing with close-minded people who question the validity of your marriage.

What are your thoughts? Do you think gay marriages are happier than their heterosexual counterparts? Share below!

9 Fun Gay Wedding Games to Spice Up Your Receptions