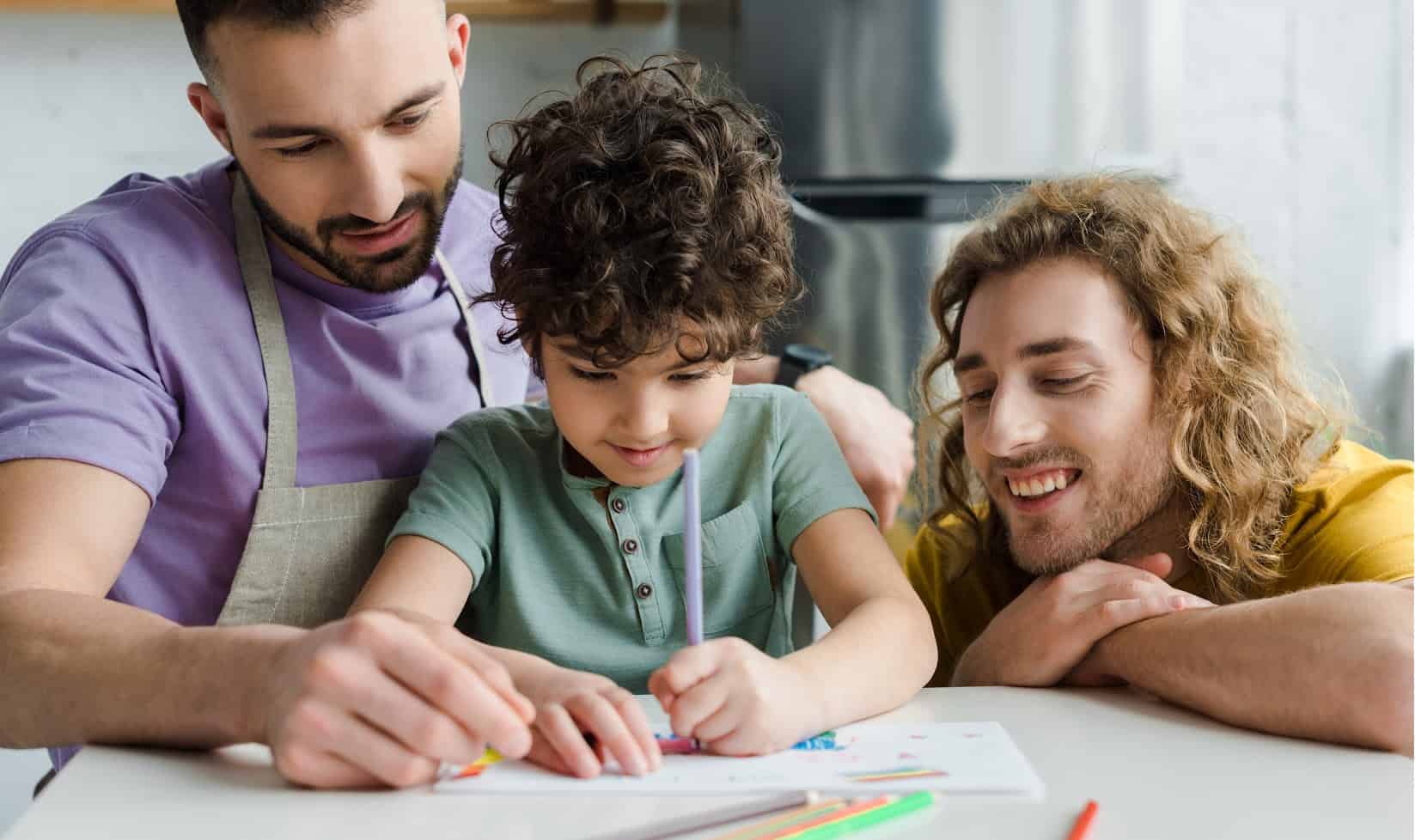 A new large-scale study done by University of Melbourne and University of Queensland researchers found that children of same-sex parents do better in school than their different-sex-parents counterparts. Read on for the full story.

Children growing up in homes with parents in a same-sex marriage or partnership outperform kids of opposite-sex parents on standardized tests and other markers of academic achievement, according to a new study published in the Demography journal.

While numerous other smaller-scale studies found similar results, they’ve been dismissed out of hand by anti-LGBTQ organizations and individuals for lacking a sufficient sample size. What makes this one different, then? For starters- sample size. The University of Melbourne and University of Queensland researchers sought to “overcome most methodological limitations affecting earlier research.” According to the Journal,

In plain language, researchers harvested data from the entire population of school-age kids living in the Netherlands, which is roughly 1.4 million. Researchers state that the data allowed them to “compare large and representative samples of children living with same-sex and different-sex couples.”

Researchers statistically accounted “for various pre-existing characteristics that may differ between same-sex- and different-sex-parented families.”  For example, parents with higher-than-average educations or lower-than-average incomes. They wrote,

“This means that our analyses compared children in same-sex- and different-sex-parented families that were similar in all observable characteristics except for their parents’ sex.”

For the last several decades, opponents of same-sex marriage have used “What about the children???” almost as a rally cry, claiming that kids raised by LGBTQ parents would have a much harder life than their counterparts. Lead author Dr. Jan Kabátek said that the “results [of this study] countered the belief children with same-sex parents are inherently disadvantaged.”

Studies like this one are important, as nearly half- if not more- of the world still believes that same-sex couples aren’t as good at parenting as opposite-sex couples according to World Values Survey results compiled over the last three years. Dr Kabátek said,

“The message stemming from our findings is clear. Being raised by same-sex parents bears no independent detrimental effect on children’s outcomes.

What are your thoughts about this study showing kids of same-sex parents do better in school? Share below.

Bouquets For Brides: 14 Incredible & Unique Ideas to Inspire You