After fighting for official recognition for decades, same-sex couples will be recognized on the 2020 census.

Read on to find out what it is and learn more about what LGBTQ+ citizens can expect from the upcoming census.

After a long fight, LGBT couples can finally identify themselves as same-sex partners or spouses on the 2020 Census.

The decision comes after 30 years in which the LGBTQ Task Force fought for equality in the Census.

The organization’s policy director, Meghan Maury said for the MSN News, ” We know that if we don’t have the data about our communities, it’s hard to build political power.”

People had the option to mark themselves as lesbian, gay, bisexual, transgender or straight allies on the stickers, then stick them on the official census envelope. 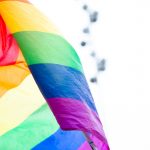 Why is LGBTQ representation vital to the census?

LGBTQ representation on the census isn’t just about saying, “I’m here, I count.”

As Queer the Census explains, that survey also determines how many people need public services, how much federal funding goes to a community, where the Congressional lines get drawn, and so much more.

Queer the Census goes on to say, ” Since the Census was created, it has served the interests of white and wealthy populations and has funneled more resources into those communities and away from the communities that need it the most.”

So, the fact that same-sex couples will be recognized on the 2020 census could be a game changer.

Unfortunately, it’s not all good news for the LGBTQ community.

Of Course, There Is a Problem

The current plan has some flaws. According to Brian Johnson, the CEO of the Equality Illinois said:

The only way that LGBTQ people are going to be identified as LGBTQ people is if we are in a same-sex marriage and we respond affirmatively to that. But we know that it is still critical that we are counted. LGBTQ people have multiple identities and we want to be counted in as many of those identities as we can.

This means that the only way of being counted as an LGBT person is to be part of a same-sex relationship.

Needless to say, this flaw affects a lot of people. They can’t identify themselves with their specific sexuality. So, some of them will not actually be part of the Census.

For example, Guy Stehley founded an online group for gay, single fathers, and his statement is very clear.

I’m not living with anybody right now, but I am gay, so I’m not going to be counted in that aspect.

Sadly, until more Americans stand up for the rights of all citizens, it’s unlikely that we’ll see a resolution to this flaw any time soon.

In 2016, the Pew Research Center surveyed the American people. They wanted to see if there should be more genders on social media platforms and government forms.

Only 42% of the surveyed people agreed. The rest of the 56% were happy with the current male/female set-up.

So, while the news is good, there is still room for improvement.

We’re hoping that 2030 will bring all the options we’ve been waiting for. Like we said, though, that can only happen if more Americans ally with the LGBTQ community.

What are your thoughts on same-sex couples on the 2020 census? Share below.