A 2018 video of a same-sex couple who painted their house with a Pride rainbow after multiple homophobic attacks is going viral again after a Now This resurfaced it in honor of Pride Month.  Lisa Licata and Sherry Lau from Verona, Pennsylvania have been facing homophobia for years after the neighbors discovered they were a couple. So, they started by painting their fence in rainbow colors.

That made things worse and neighbors even told municipality, they did not want to look at rainbow fences. As the gay slurs continued, the couple refused to back down. Instead, they decided to paint the entire side of their house like the Pride flag. They wanted to make a statement that they are proud of who they are

Sherry said, in an interview:

This is the twenty-first century. We live here, we’re not moving. My family accepts us, my friends accept us. If you don’t like it just live your life, leave us alone and everything’s cool 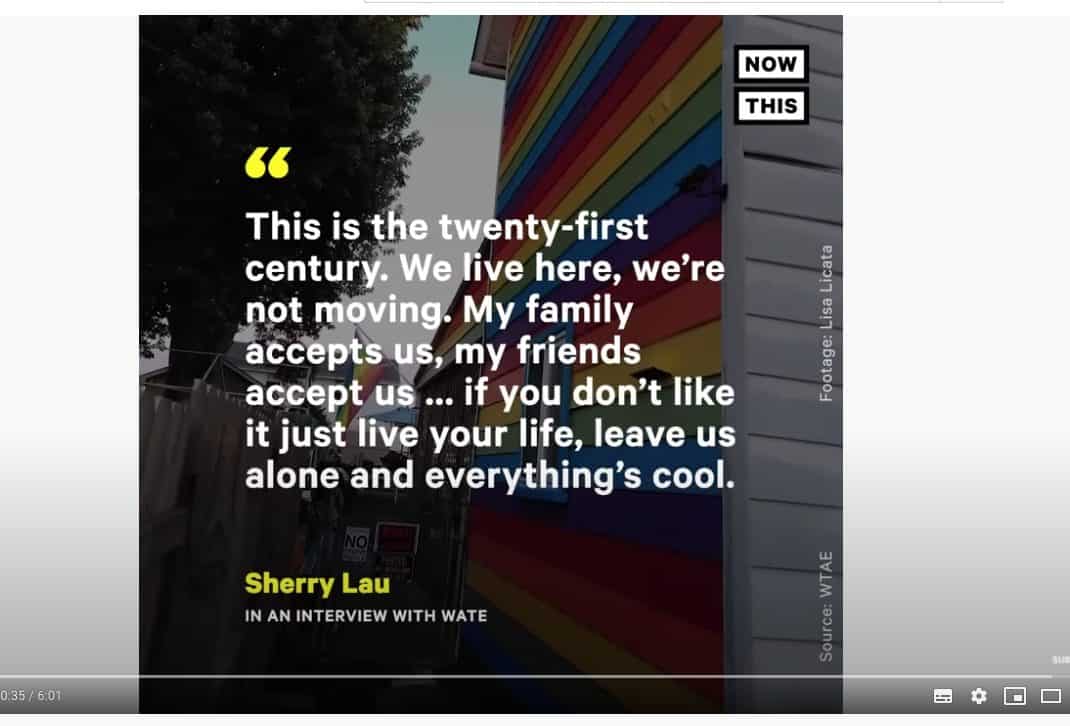 They have plans to paint the entire house in a rainbow flag.

The video published on June 20th had already over 50,000 views and almost 400 comments. Here are some of the reactions from YouTubers.