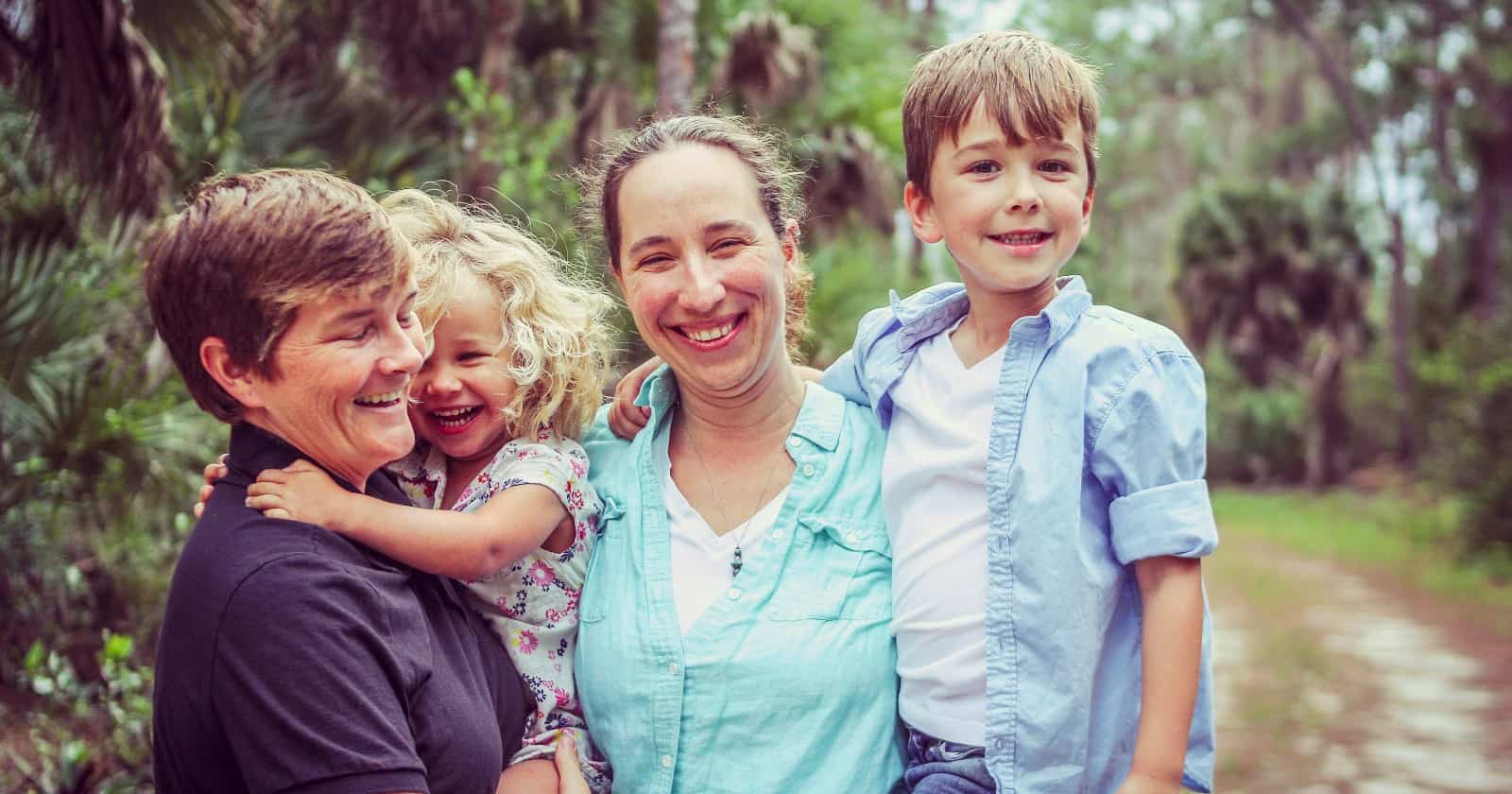 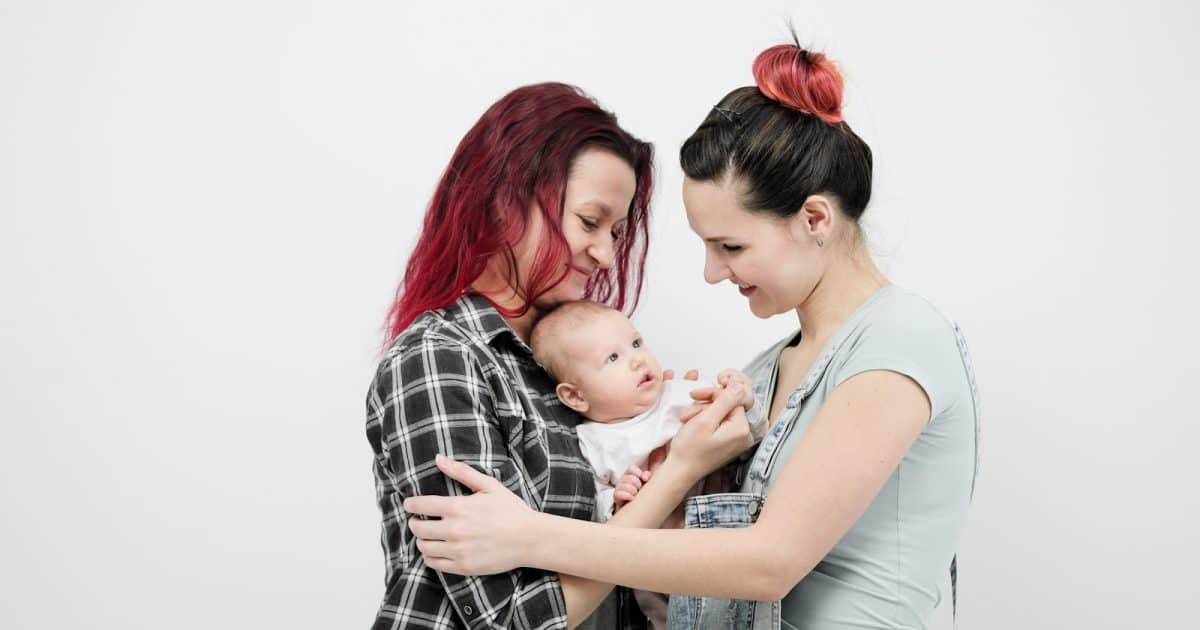 Whether you’re just starting to think about planning your family or getting ready to welcome a new baby any moment, chances are you have a few questions about the parental rights of same-sex parents.  Today, we’re going to look at a couple of the most common scenarios and what the law has to say about them. Let’s get started.

Before we begin, I just need to remind you that we are not lawyers and this is not legal advice.  If you have additional questions about the parental rights of same-sex parents, contact an LGBTQ advocacy group in your state. Laws vary from state to state. So, it’s best to contact someone local.  If someone is trying to interfere with your rights- be it a surrogate, a relative, or even the president himself, contact a lawyer immediately.

What Are the Assisted Reproduction Laws When It Comes to Parental Recognition?

According to  Medline Plus, assisted reproductive technology (ART) includes

“fertility treatments that handle both a woman’s egg and a man’s sperm. It works by removing eggs from a woman’s body. The eggs are then mixed with sperm to make embryos. The embryos are then put back in the woman’s body.”

The other 37 states recognize the non-gestational parent as a legal parent if the couple is married. However, these states lacks clear and direct statute or case law for couples who are not married.

What Are the De Facto Parent Recognition Laws?

According to the U.S. Legal dictionary,

De facto parent is a,person found by the court to have assumed the role of parent, fulfilling both the child’s physical and psychological needs for care and affection. To qualify as a de facto parent the performance of such role should have been on a day-to-day basis and had been continuing for a substantial period.”

Again, using the LGBT Equality Maps from above, there are 9 states that recognize de facto parents and may grant them visitation, custody or full parenting rights. Those are Delaware, Kansas, Maine, Maryland, Massachusetts, New Mexico, Oklahoma, Rhode Island and Vermont.

Lastly, there are 5 states that do not recognize de facto parents. Those 5 states are Illinois, Iowa, Michigan, Tennessee and Utah.

What About When a Gestational Carrier/Surrogate Mother Is Chosen?

What’s the difference, you ask? Well, according to Surrogate.com, with gestational surrogacy, “the child is not biologically related to the surrogate mother. Instead, the embryo is created via in vitro fertilization (IVF), using the eggs and sperm of the intended parents or donors, and is then transferred to the surrogate.”

With traditional surrogacy, “the surrogate mother uses her own egg and is artificially inseminated using sperm from the intended father or a donor. The surrogate carries and delivers the baby, and then, because she is the child’s biological mother, must relinquish her parental rights so that the child can be raised by the intended parents.”

Creative Family Connections features an interactive map of surrogacy laws in the United States. In 11 states and the District of Columbia, surrogacy is permitted for all parents, pre-birth orders are granted throughout the state, and both parents will be named on the birth certificate.

Those 11 states are California, Connecticut, Delaware, Maine, New Hampshire, New Jersey, New York (as of February 15, 2021), Nevada, Rhode Island, Vermont and Washington. In 30 states surrogacy is permitted but results may be dependent on various factors or venue.

Surrogacy is practiced and courts issue parentage orders, but surrogacy contracts are void and unenforceable by statute. Those 2 states are Arizona and Indiana. Lastly, in 3 states the law forbids compensated surrogacy. Those 3 states are Louisiana, Michigan and Nebraska.

Does the Non-Biological Parent Have to Adopt Their Own Child to Make Things Legal?

If you’ve never heard of a second-parent adoption, the National Center for Lesbian Rights (NCLR) explains it as

“a legal procedure that allows a same-sex parent, regardless of whether they have a legally recognized relationship to the other parent, to adopt her or his partner’s biological or adoptive child without terminating the first parent’s legal status as a parent.”

This type of legal procedure is usually done when one LGBT partner is (legally) biologically related to the child and the other “second” parent isn’t, so they need to legally establish the parent-child relationship.

According to data from Wikipedia and the National Center for Lesbian Rights (NCLR), all 50 states and the District of Columbia allow second-parent adoptions for same-sex married couples. In 42 states and the District of Columbia, second-parent adoptions are allowed for unmarried and/or domestic partners, whether same-sex or opposite-sex.

The 8 states that do not allow it are Alabama, Kansas, Kentucky, Nebraska, North Carolina, Ohio, Utah and Wisconsin. This last part gets a bit complicated. It refers to whether states explicitly state that they allow same-sex couples the right to second-parent adoptions.

There are 15 states and the District of Columbia that say they do allow same-sex couples the right to second-parent adoptions. Those 15 states are California, Colorado, Connecticut, Idaho, Illinois, Indiana, Maine, Massachusetts, Mississippi, Montana, New Jersey, New York, Oklahoma, Pennsylvania and Vermont.

There are 14 states that do allow same-sex couples the right to second-parent adoptions, but only in certain counties. Those 14 states are Alabama, Delaware, Florida, Georgia, Hawaii, Iowa, Louisiana, Maryland, Minnesota, Oregon, Rhode Island, Texas, Washington and West Virginia.

Again, if you have specific legal questions about the parental rights of same-sex parents, it’s absolutely vital that you discuss them with a qualified lawyer. Just search “LGBTQ-friendly lawyers near me” in Google or Bing, or reach out to an advocacy group for a recommendation.

Do you have anything to add about parental rights of same-sex parents? Share below.