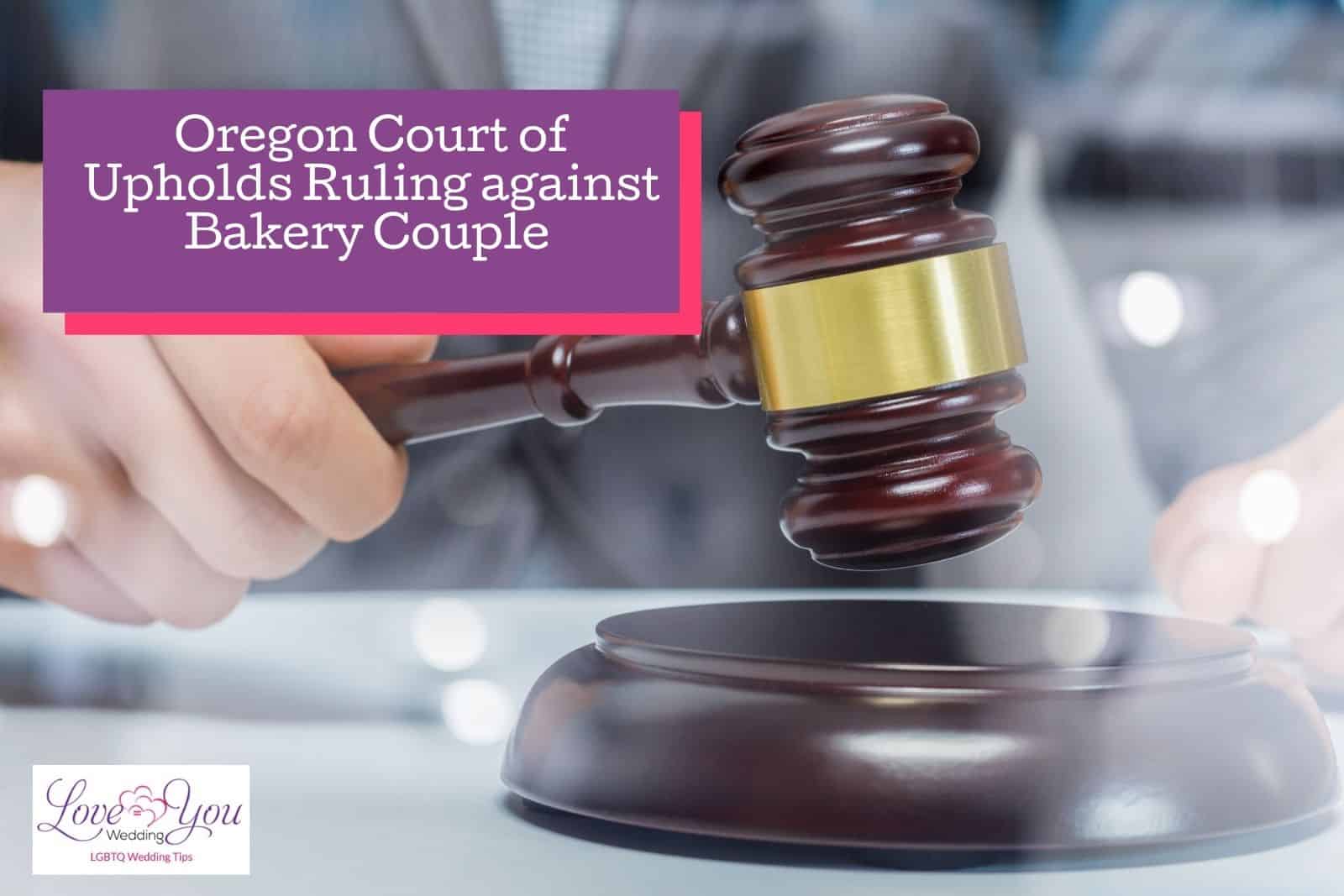 Wednesday 26th, January 2022, the Court of Appeal in Oregon for the second time confirmed that the 11-year saga of the Gresham bakery couple had violated the law.

However, the court also admitted that when imposing their fine, Oregon’s Bureau of Labor and Industries violated the First Amendment’s’strict neutrality toward religion and returned the case for the 135,000 fine to be assessed by the civil rights division.

In 2011, Aaron and Melissa Klein of Sweet Cakes by Melissa allegedly refused to bake a wedding cake for same-sex couple Laurel and Rachel Bowman-Cryer.

The Bureau of Labor and Industries discovered that the bakery had violated the couple’s civil rights in their inquiry. The Kleins filed an appeal, claiming that preparing a cake for a same-sex wedding violated their Christian convictions.

The Oregon Court of Appeals upheld the civil rights division’s decision in 2015, but the United States Supreme Court set aside the verdict for four years later.

It asked the state appellate court to reconsider its judgment in light of the Supreme Court’s 2018 decision in a similar case in Colorado.

In the case of Masterpiece cakeshop v. Colorado Civil Rights Commission, the Supreme Court of Colorado ruled in favour of the baker and against the same-sex couple on the grounds of violation of the First Amendments for governmental, religious neutrality.

Discrimination against gay, lesbian, bisexual, and transgender persons in occupations and establishments that serve the public, such as bakeries, is prohibited under Oregon law.

In its Wednesday ruling, the Oregon court considered both the case in Colorado as well as a Supreme Court 2021 ruling that favoured a Catholic foster care agency that claimed Philadelphia violated its rights by refusing to work with them because it did not place foster children with same-sex couples.

It was also noted that the state civil rights division fined Sweet Cakes by Melissa in part because of a comment Aaron Klein made to Rachel Bowman-mother Cryer’s in which he mentioned a Biblical passage (Leviticus 18:22, which likens male homosexual sex to an ‘abomination’).

The court determined that the message had been transmitted erroneously to the couple, which might have resulted in a bias in the fine amount.

However, it also stated that it would stick to its previous judgement and supported the BOLI’s first conclusion that Aaron Klein had ‘unlawfully discriminated against the same-sex pair.

‘We adhere to our prior decision upholding BOLI’s determinations that Aaron unlawfully discriminated against the Bowman-Cryers based on sexual orientation, in violation of ORS 659A.403’, said the court.

The lawsuit has now been sent to Oregon’s Bureau of Labor and Industries to assess what damages the couple should have paid nine years ago.

269 Greatest 2000’s Wedding Songs to Add to Your Playlist