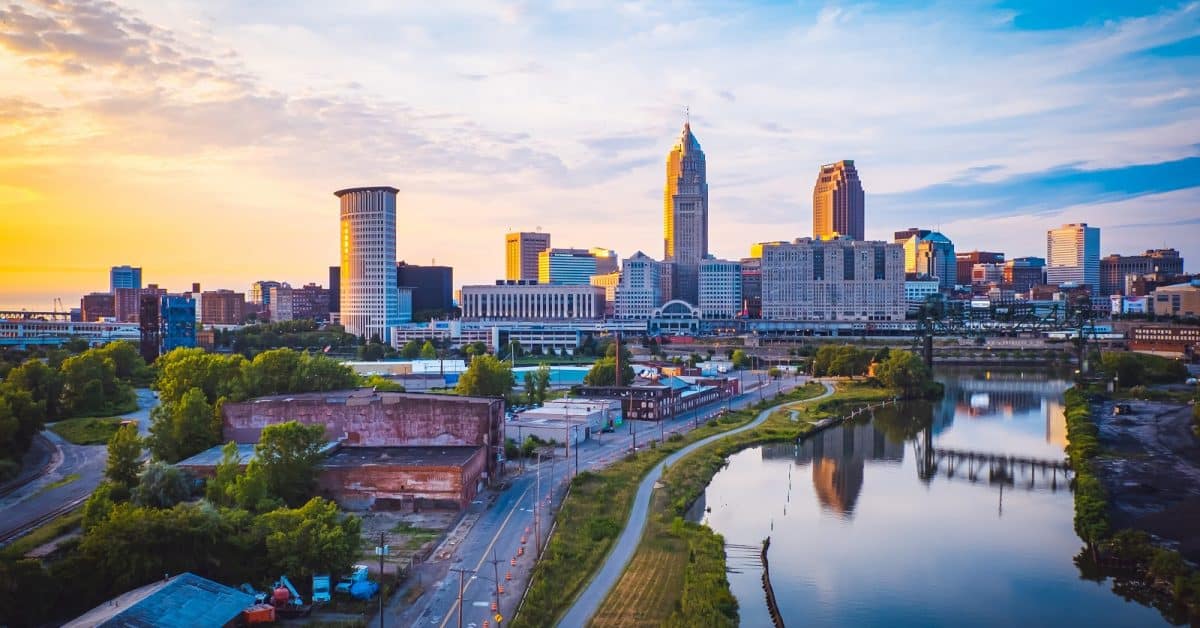 Kristi Stokes, an evangelical Christian from Ohio,  just won the right to discriminate against same-sex couples in Cuyahoga County, Ohio. The settlement still needs approval from the presiding judge, but if it goes through, Stokes can legally refuse to officiate gay and lesbian wedding ceremonies. Read on for the full story.

Plaintiff Kristi Stokes, who owns Covenant Weddings, filed a lawsuit in Cuyahoga County, Ohio earlier this year over a 2018 law that prevented public accommodations from discriminating based on gender identity and sexual orientation.  In her suit, Stokes claimed that Covenant Weddings only officiates over weddings between “one biological man and one biological woman.” She alleged that the law forced her to perform same-sex weddings or face legal action.

According to a proposed judgement in the case, both parties involved agreed that the law doesn’t apply, as Stokes’ company isn’t considered a place of public accommodations. One of the main reasons given in the settlement, according to Cleveland.com: Stokes’ business doesn’t have a storefront or office in the county “that could be considered a place of public accommodation.”

However, even if Stokes’ business did have a “place of public accommodation” the proposed settlement states that it doesn’t matter, as the clause “does not mandate or force Kristi Stokes, or any other minister, to officiate or solemnize weddings against their sincerely held religious beliefs.”

It shouldn’t come as a shock to anyone to learn that The Alliance Defending Freedom was behind the suit. The anti-LGBTQ hate group– to which newly confirmed Supreme Court Justice Amy Coney Barrett has ties- is infamous for fighting on behalf of those wishing to discriminate against the LGBTQ community. A “victory statement” from the law firm said,

“Cuyahoga County has agreed to allow Kristi Stokes to continue to operate consistent with her religious belief that marriage is between one man and one woman. This agreement comes in light of a settlement involving the county’s public accommodation law.”

No one ever asked Stokes to officiate their same-sex marriage

Over on The Christian Post, anti-LGBTQ readers are celebrating this win against the LGBTQ communities. One commenter, Janine Henschel, wrote:

Another WIN for christians , I am so TIRED of the LGBQ going around seeking whom they can SUE! They do it just to try and take down christian businesses, its just another way for satan to attack God’s children! So happy that Ohio are standing their ground, do christians  go and sue gays because they do something to them or don’t offer their services? NO!…

All misspellings and grammatical errors are her own. Dave Meyer retorted, saying:

… She didn’t sue because someone tried to force her to do something. She sued because either she, or the R&D department at The Alliance Defense Fund, found an ordinance they could call a violation against religious freedom and claim as a victory for American Christianity. Both parties, not a judge, agreed that, 1st, the law didn’t apply to her anyway as her’s [sic] is a private business, so why she felt the need to sue is interesting although given ADF’s love of publicity and creating the perception of victimhood, maybe it isn’t, and 2nd, they also agreed that even if she was a public business, which she’s not, her religious freedom would take precedence and she, like every body else, can not be forced to participate in a religious service of any kind. This may not fit the mold of the rampaging Gays and the poor oppressed Christians, but it’s what actually happened…

Meyer is correct; no one actually wanted Stokes to officiate their same-sex marriage. The lawsuit, like that filed by photographer Chelsey Nelson, was a preemptive strike. Think of it as a “just in case” case, if you will.

Cuyahoga County prosecutors declined to comment on the case, as did Stokes.

What do you think about Stokes “winning” the right to refuse to officiate same-sex weddings? Share below!