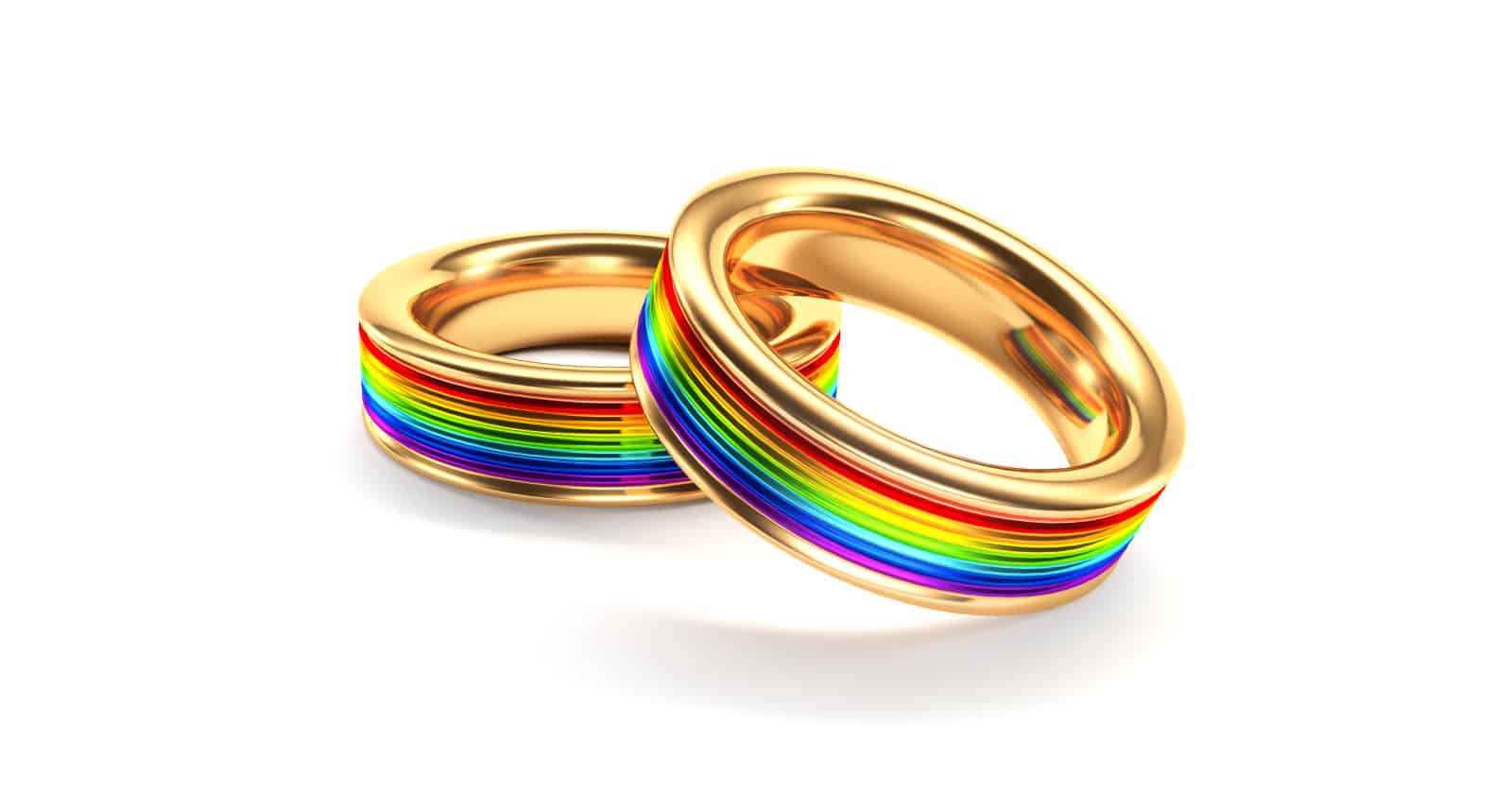 One amazing gay couple is taking the internet by storm today, with their viral same-sex wedding photos racking up over 110,000 reactions on Facebook! They overcame COVID, 8,000 miles of distance, and a total of 13 trips to finally say “I Do.” Read on for the full story.

Not Even COVID nor 8,000 Miles Stopped This Gay Couple from Saying “I Do”

Each love story is different, and the one of Arthur and Anish Bramhandtam is not the kind that to go unnoticed.

After spending four long years living 8000 miles apart, the couple finally said “I do,” and the internet went wild!

Reminiscing about the moment, Arthur said:

I remember Anish gliding past me down the steps. I thought he was cute.

To which Anish responded:

That is the only time he could describe me as gliding. I don’t know what he was into – I was wearing a rain poncho.

A love story that started with a dating app

What really helped them connect with each other was a dating app. Before sending a message, Arthur decided to first find him, and confirm the facts. Even though the profile didn’t encourage him at first, he pushed through!

And Anish wasn’t very confident in the proposal either.

I just ignored him at first; I thought he was a bot or a catfish.

To which Arthur playfully responded:

He thought I was too hot for him.

At the time they met, Arthur was living in Japan, after moving there in order to reconnect with his roots and become a reporter. He explains that LA just wasn’t working out for him, saying,

I was in the suburbs, I’d never had a boyfriend. It was so tragic. I needed a catalyst.

Anish had also been single for some time before meeting Arthur, saying that he hadn’t met anyone that he connected with in Japan by that point. He adds,

Everyone only wanted to talk to my white best friend, with whom I was travelling.

It didn’t take long for Anish to accept Arthur’s proposal, and they eventually met up for a coffee. Anish said:

I remember seeing Arthur for the first time – he was wearing way too many colors, a huge jacket and a backpack with flowers on it. I took a sneaky photo of him and sent it to my best friend, asking ‘what did I get myself into?

And these guys are the living proof that it doesn’t matter where you are or what you do if you’re enjoying the company. Arthur booked a table at a local restaurant, and they went together to have a good time. However, since Anish is vegetarian, he didn’t have a lot of things to choose from. That didn’t stop this story from having a happy ending, though!

First date in Japan, a second date in Hawaii!

They continued having a wonderful long-distance relationship, and they would travel to impressive places every time. Arthur said:

We ended up going to Hawaii for our second date. It took 20 hours to get there, and I spent about a whole month’s salary flying to Maui. I was hesitant, but I thought ‘love is hard to find. What’s the worst that can happen? Go for it.

Since Arthur wanted to have permanent residency in Tokyo, he needed to spend three and a half more years in the city, so the couple traveled to Japan quite a lot. After 13 trips all around the world, they needed to celebrate it! Anish said.

It’s built into my wedding ring that Arthur designed – I have 13 sapphires on my band to represent all the trips we made before Arthur moved to New York, including meeting in Japan.

And to start a new chapter, our couple got married in a small New York Ceremony in the middle of the pandemic. Their Facebook posts gathered over 100,000 of reactions, and we’re really thrilled about their entire love story!

What do you think about this beautiful story of a gay couple overcoming great odds to have their wedding day? Share below!