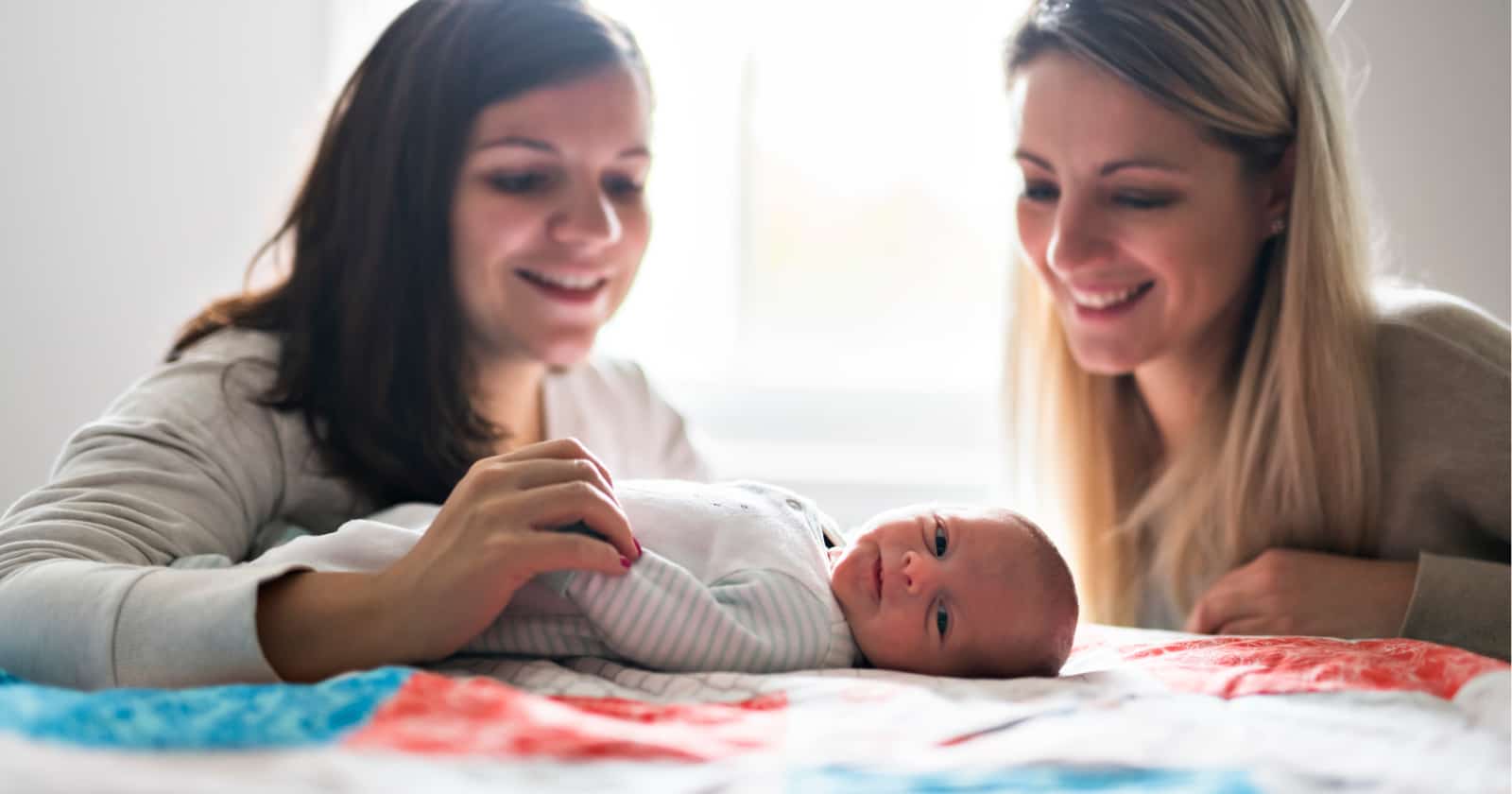 Rhode Island same-sex couples just starting their families got a piece of good news this week. New changes to the state laws finally give both parents equal rights, rather than favoring just the “gestational parent.” Read on for the full story, plus learn why the US still has a long way to go.

Table of Contents: hide
1) New Parenting Laws Give Same-Sex Couples Better Rights in One State, But US Has a Long Way to Go
2) Fight for same-sex couples’ parenting rights far from over

New Parenting Laws Give Same-Sex Couples Better Rights in One State, But US Has a Long Way to Go

In most states, law verbiage favors the “gestational” parent. Put another way, imagine being one half of a lesbian couple. You and your wife decide that you will donate her egg, while she will carry your unborn child in her womb. The way the laws are written, she gets the most rights while you’re left with no other option than to adopt your own child.

Dr. Sara Watson and Anna Ford are one of the couples that went through this. Even though Watson provided the egg, Ford was the one to give birth to their son, so Watson wasn’t legally recognized as a parent. Watson told NBC News,

I’m the biological parent but not the birth parent. The way the law has been worded, the only way I could get parental rights was to adopt.

At the time, Rhode Island’s law involved a minimum waiting period of six months for adoptions. In this situation, Watson needed to wait for eight months before being her son’s mother. She couldn’t pick him up from daycare, get involved in any decisions regarding his health and couldn’t add him to her insurance.

Unfortunately, this is a big problem for same-sex couples. Fortunately, Gov. Gina Raimondo recognized the flaws in this system and signed the Rhode Island Uniform Parentage Act. The law allows same-sex couples (both married and unmarried) to sign a voluntary acknowledgement of parentage form and establish their rights.

Now, nobody will have to live with the uncertainty of not knowing whether their kid will have two parents at birth.

Fight for same-sex couples’ parenting rights far from over

According to a Yale professor, this law may have a hard time being implemented all around the country, mostly because of archaic rules relating to women and children.

Originally in the U.S., parentage followed marriage, so only children born to a married woman had legal parents. Children born to unmarried women had no legal parents. What people don’t realize is that, often, there is a disconnect between our social understanding of parenting and our legal understanding of parentage. Your family, your school, your community may recognize you as a parent … but you might be surprised to learn that the law does not.

Every state has a different law involving same-sex parents. Some, such as Louisiana, only recognize parents if they both contributed genetic material, effectively blocking same-sex couples.

Even more, if the couple moves to a different state, they fall under that state’s law. Courtney G. Joslin from the University of California said.

If they rely on their status as a matter of Rhode Island state law, and they move to Texas, split up and there is litigation, the court will almost certainly apply Texas state law, and that ruling might be different.

While Rhode Island and New Hampshire are definitely moving in the right direction when it comes to same-sex couples starting a family, too many states throughout the US have a long way to go. Perhaps they can take a cue from the Ocean and the Granite States.

What do you think about the changes in state laws that give both halves of same-sex couples equal rights to their children? Share below.

How to Find & Style Stunning Candelabras for Weddings