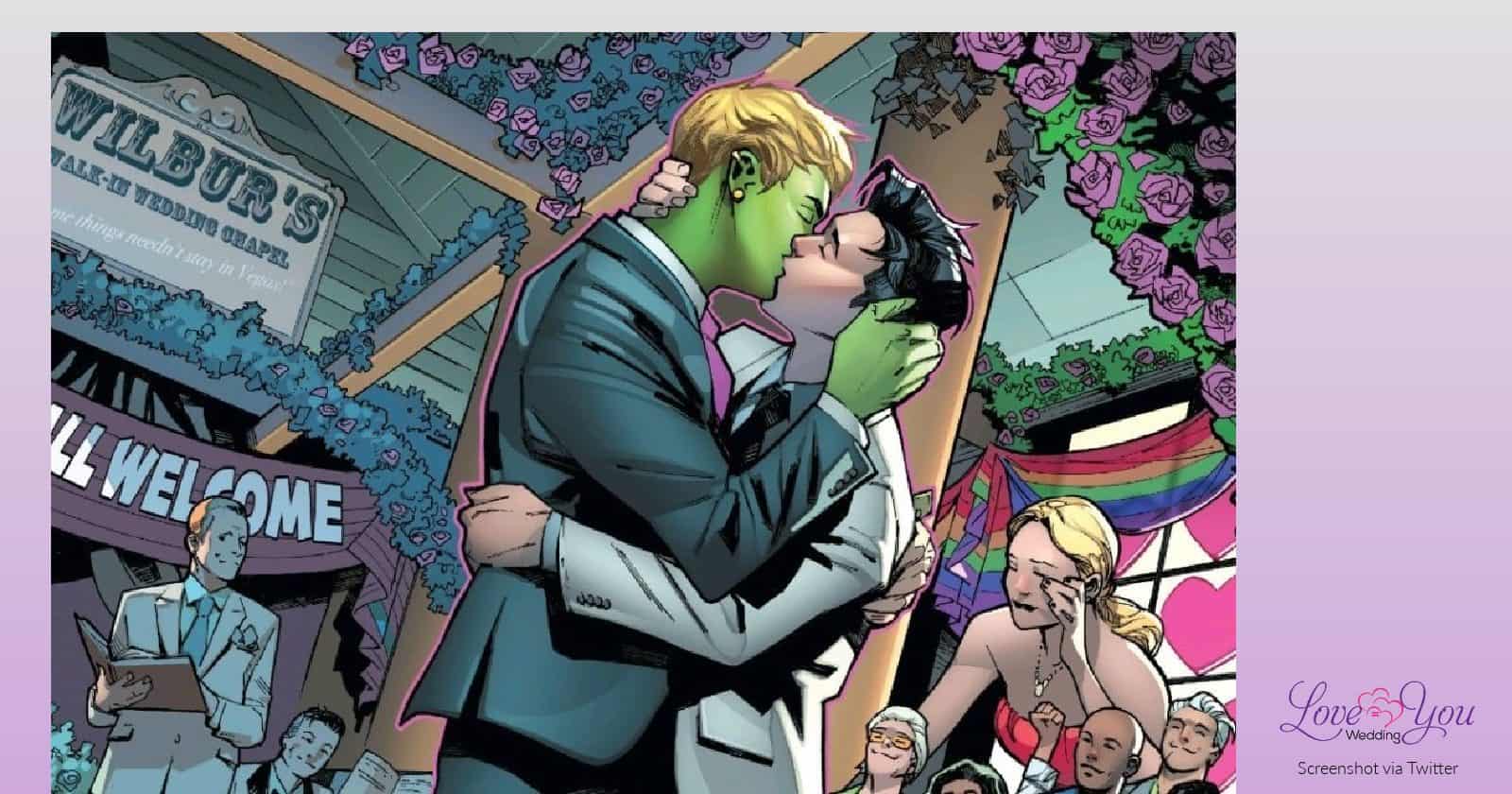 Superheros Wiccan and Hulking just made history with their very first-ever same-sex wedding in the Marvel Universe. The gay characters are the very first major main character superheroes to actually tie the knot. Read on for the full exciting story!

Marvel took the extra step and finally featured a same-sex wedding. In the Empyre #4 comic (affiliate link)), we got the confirmation that Hulkling and Wiccan are actually married. 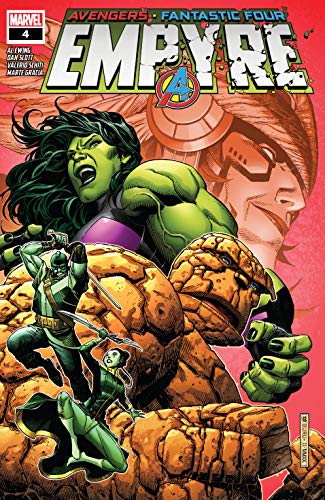 William “Billy” Kaplan, AKA Wiccan and Theodore “Teddy” Altman, as Hulkling made their big reveal on the comic’s last page. The flashback features a ceremony attended by other Young Avengers.

People have starting sharing this on social media, and they’re very excited to say the least!.

Even though the Marvel series featured other same-sex weddings, this one is very special because it involves two actual superheroes

What’s very interesting, this same-sex wedding wasn’t completely unexpected. Throughout the time, the fans have been getting clue about their relationship.

Not exactly a shock, but a delight nonetheless

Their relationship was pretty visible and last year, in the Marvel Comics #1000 comic, the celebration gave some clues about the wedding.

I’ve got a lot of love for Hulkling and Wiccan, both individually and as a couple, so it’s a good feeling to be able to deliver this kind of ‘shock ending’ for readers, which hopefully lifts fans’ spirits a little rather than bringing them down.

Allan Heinberg and Jim Cheung created the characters in 2005. Since then, many people have grown to love them as a part of the Young Avengers.

Even though when they were introduced the hints towards their relationship were quite subtle, it didn’t take long for the fans to figure it out. Even more, Allan Heinberg eventually confirmed the facts.

Billy and Teddy really became fully fleshed people to me, thanks to Allan’s incredible writing, and it’s been wonderfully rewarding to follow their growth and evolution under the guidance of other creators over the years. Now that they’re taking their relationship to the next level, I can’t wait to watch where their next adventure takes them!

He also said that in the beginning, he wasn’t sure if the characters were going to be a success or not, but he’s happy everyone has grown to love them.

We’re looking for ward to seeing more and more of this, as they’re one of purest possible moments in the Marvel history.

Are you excited about Marvel’s first superhero same-sex wedding? Share below!