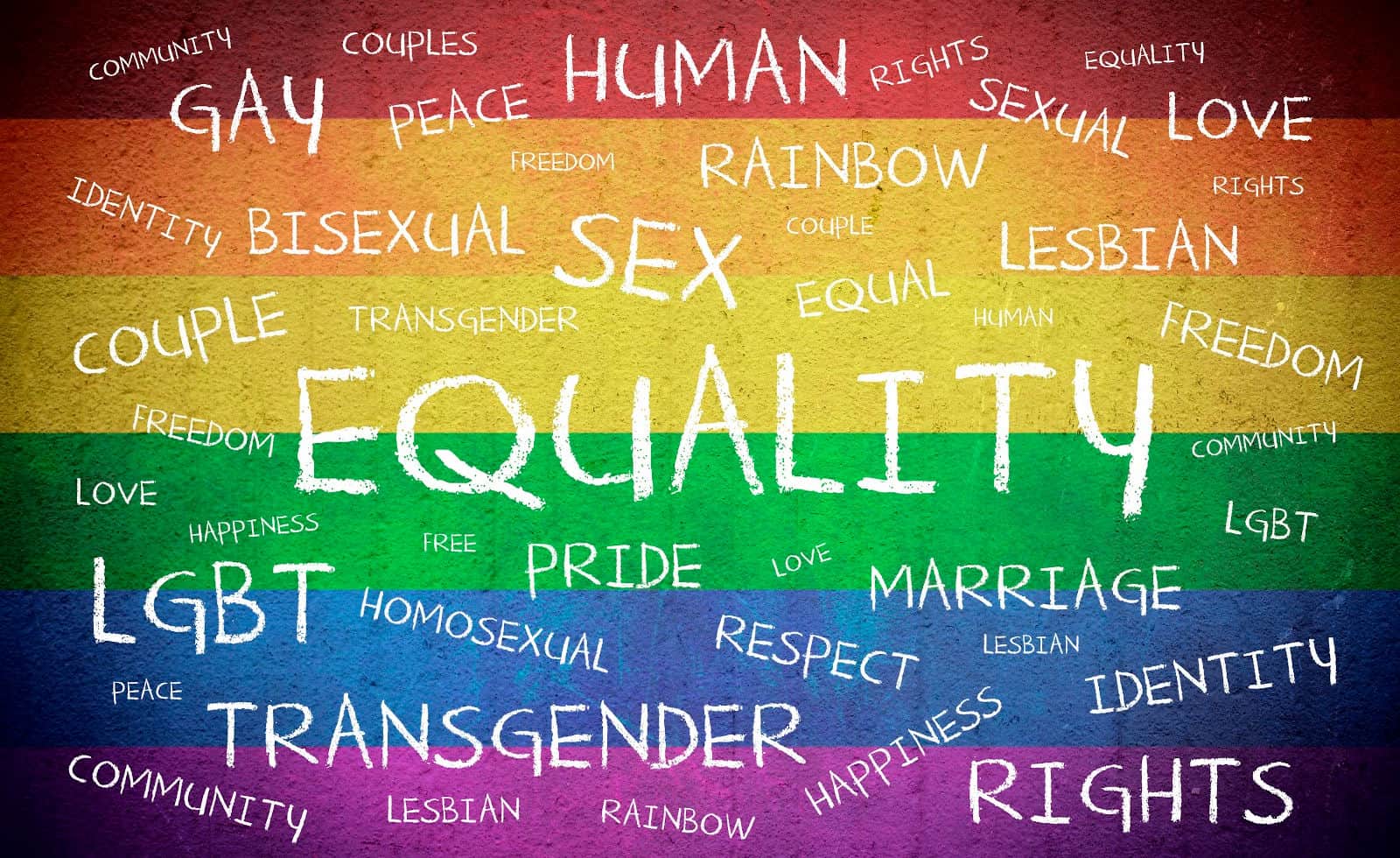 More than 400 major brands and companies- from Apple to Tesla- joined in the fight to make the LGBTQ civil rights bill, the Equality Act, a reality. Read on for the full scoop.

Op-Ed: Throughout his time on the campaign trail, President Biden made passing the Equality Act during his first 100 days in office a major priority. While the Act flew through the House of Representatives back in February, passing as expected without a hitch, it’s currently stalled on the Senate Floor.

“I also hope Congress will get to my desk the Equality Act to protect LGBTQ Americans. To all transgender Americans watching at home, especially young people who are so brave: I want to know your president has your back.”

Now, it may get the push it needs to pass through a conservative senate (even with a 50/50 split, conservatives hold the cards thanks to DINO Joe Manchin), thanks to what the Human Rights Campaign calls “unprecedented support” from some of the largest brands in the nation.

These major corporations and brands support the LGBTQ Equality Act

As of the time of this writing, over 400 corporations joined the Business Coalition for the Equality Act, calling for the passing of the bill. Alphonso David, Human Rights Campaign President, said in a statement,

We are seeing growing support from business leaders because they understand that the Equality Act is good for their employees, good for their businesses and good for our country. Employers care about their employees’ ability to rent an apartment, send their kids to school, visit the dentist, and pick up the groceries free from discrimination. They realize that when LGBTQ employees and their family members are protected in their daily lives, it makes them more secure and confident in their jobs, and also more productive. Thank you to every company that is speaking up and advocating for the passage of the Equality Act. It’s time for the Senate to listen to the business community and the public and pass this long overdue legislation.

The list includes industry giants across every sector, from tech companies like Dell, Apple, Google, Microsoft, Hewlett Packard, and Sony to major retailers like Amazon, eBay, and Best Buy (but not Walmart).

Nearly every major hotel chain- minus the Trump Hotels, of course- are also on the list, including Airbnb, Choice Hotels, Hyatt, & Marriott.

Some of the names on the list aren’t surprising. Converse, for example, has an entire line dedicated to Pride. Starbucks has always been pretty vocal in their support for the LGBTQ community as well.

Others were admittedly a bit of a shock, such as Home Depot. The company faced boycotts after news of the owner’s contributions to the Trump campaign came out. After the deadly insurrection at the Capitol, though, he walked back that support a bit, saying he felt “betrayed.”

How can corporations help pass the Equality Act?

Aside from offering public support, how exactly can this long list of brands supporting the LGBTQ community possibly help pass the Equality Act? Consider this:

According to the HRC, the “418 member companies of HRC’s Business Coalition for the Equality Act have operations in all 50 states, headquarters spanning 33 states and a combined $6.8 trillion in revenue, and employ over 14.6 million people in the United States.”

In other words, these companies control a massive amount of wealth throughout the nation. As we’ve seen time and again, Republicans in office respond to one thing above all others: money. Let’s break it down.

First, brands know that 70% of Americans support LGBTQ issues like same-sex marriage equality, transgender rights, and more. They also know that Americans are using our collective bargaining power more than ever before. They call it “cancel culture,” but it’s really just Americans holding companies accountable.

While a great number of the corporations on that list choose to back the Equality Act because they genuinely support LGBTQ rights, there’s also no denying that doing so makes financial sense for them as well.

After all, the LGBTQ+ community and its allies- all 229,600,000 (70% of the current population)- have a significant amount of bargaining power.

When it comes time for campaign contributions, these corporations may be less likely to hand over wads of cash to a candidate who voted against the Equality Act, because doing so could earn them significant backlash, which ultimately hurts their bottom line.

So, while it’s unlikely that most Republicans will vote in favor of protecting LGBTQ Americans for the right reason, they may be more likely to do it out of fear of losing valuable campaign funding.

After spending nearly two years stalled out in Congress (H.R.5 was first introduced back in March, 2019) getting the Equality Act passed is a top priority for the entire community. Whether it passes for the right or wrong reasons doesn’t really matter at this point.

In short, the bill needs to pass, one way or another. If corporate backing is what it takes- if public support, activism, and 229,600,000 screaming “pass it, please” isn’t enough- then so be it.

What do you think about all of these major corporations backing the LGBTQ Equality Act? Share your thoughts below.

Wedding Without Dancing: 9 Alternatives to Enjoy Your Big Day