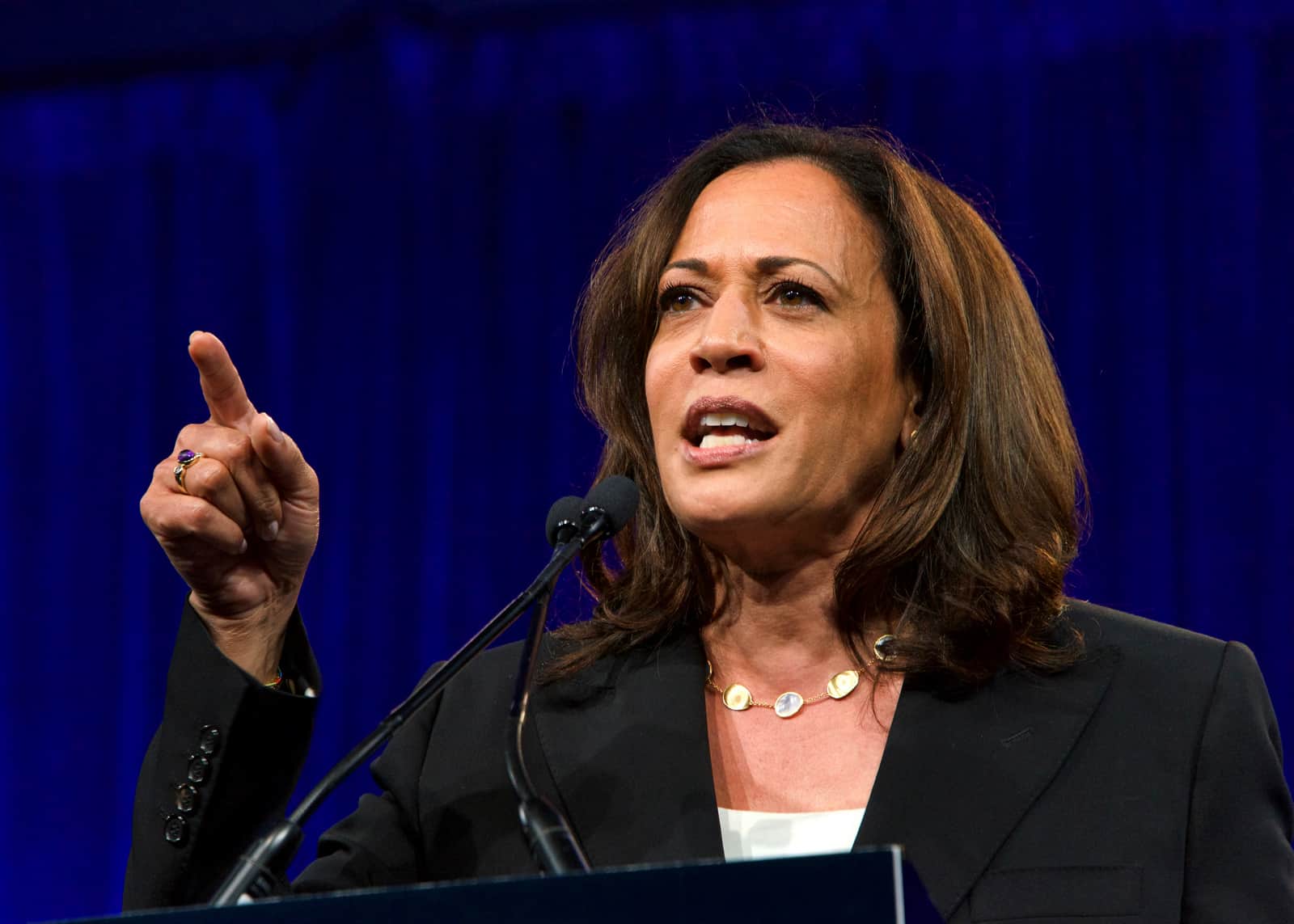 Democratic vice presidential candidate Kamala Harris isn’t just making history by becoming the first Black woman to run on a major ticket, she’s already made LGBTQ history with her epic fight for marriage equality. In her new memoir, The Truths We Hold, Harris details her journey, struggles, and the pivotal role she played in helping same-sex couples gain the right to marry. Read on for the full story.

In 2004, Harris became one of the very first elected officials in the United States to marry same-sex couples. At the time, she was serving as San Francisco’s district attorney and was in the perfect position to play a significant role in California’s marriage equality battle.

Now, in her new memoir, The Truths We Hold (affiliate link), Harris talks about what it was like to officiate over some of those historic LGBTQ ceremonies. San Francisco mayor (and current CA governor) Gavin Newsom had recently announced that same-sex couples would be allowed to wed in the city, just in time for Valentine’s Day.

On that day, according to Harris, she was on her way to catch a flight to Los Angeles. At the last minute, she decided to pass by city hall. She writes,

There were throngs of people lined up around the block waiting to get in. They were counting down the minutes before a government would finally recognize their right to marry whomever they loved. The joy and anticipation was palpable. Some of them had been waiting decades.

Harris got out of her car and walked up the steps, bumping into a city official along the way. She continues:

“‘Kamala, come and help us,’ she said, a glowing smile on her face. ‘We need more people to perform the marriages. I was delighted to be a part of it. I was quickly sworn in along with numerous city officials. We stood together performing marriages in the hallway, crowded into every nook and cranny of City Hall. There was all this wonderful excitement building as we welcomed the throngs of loving couples one by one, to be married then and there. It was unlike anything I had ever been a part of before, and it was beautiful.”

A beautiful day with a devastating setback

“Not long after, the marriages were invalidated. The couples who have been so happy and hopeful received letters telling them that their marriage licences would not be recognized under the law. It was for each and every one of them a devastating setback.”

The marriage equality battled raged in California for years. In 2008, the California Supreme Court briefly legalized same-sex marriage. Within months later, voters undid it by voting to pass the now-infamous Proposition 8, which not only re-banned future same-sex weddings, but as an added kick in the teeth completely voided all existing unions.

In 2010,  Harris found herself in the thick of the struggle for same-sex marriage equality once again. The Human Rights Campaign legally challenged Prop 8 right around the time Harris during her campaign to become California’s next attorney general. In her book, Harris writes:

“It quickly became a central issue in the campaign… I made clear that I had no intention of spending a penny of the attorney general’s offices resources defending Prop 8. My opponent took the other view, a sharp distinction between us.”

Harris won that election and followed through on her campaign promise to stop the state from defend Prop 8. When the case found its way to the US Supreme Court in 2013, Harris filed a brief calling for the court to strike down Prop 8. The court ruled in favor of allowing same-sex marriages to continue and, while it would take a couple more years before the rest of the nation followed suit, the rest is history.

You can read more about Harris’ struggle to bring same-sex marriage equality to California- and ultimately the United States- in her book.

What do you think about Harris and her support for marriage equality? Share below!

12 of the Most Unique Wedding Cakes You’ve Ever Seen