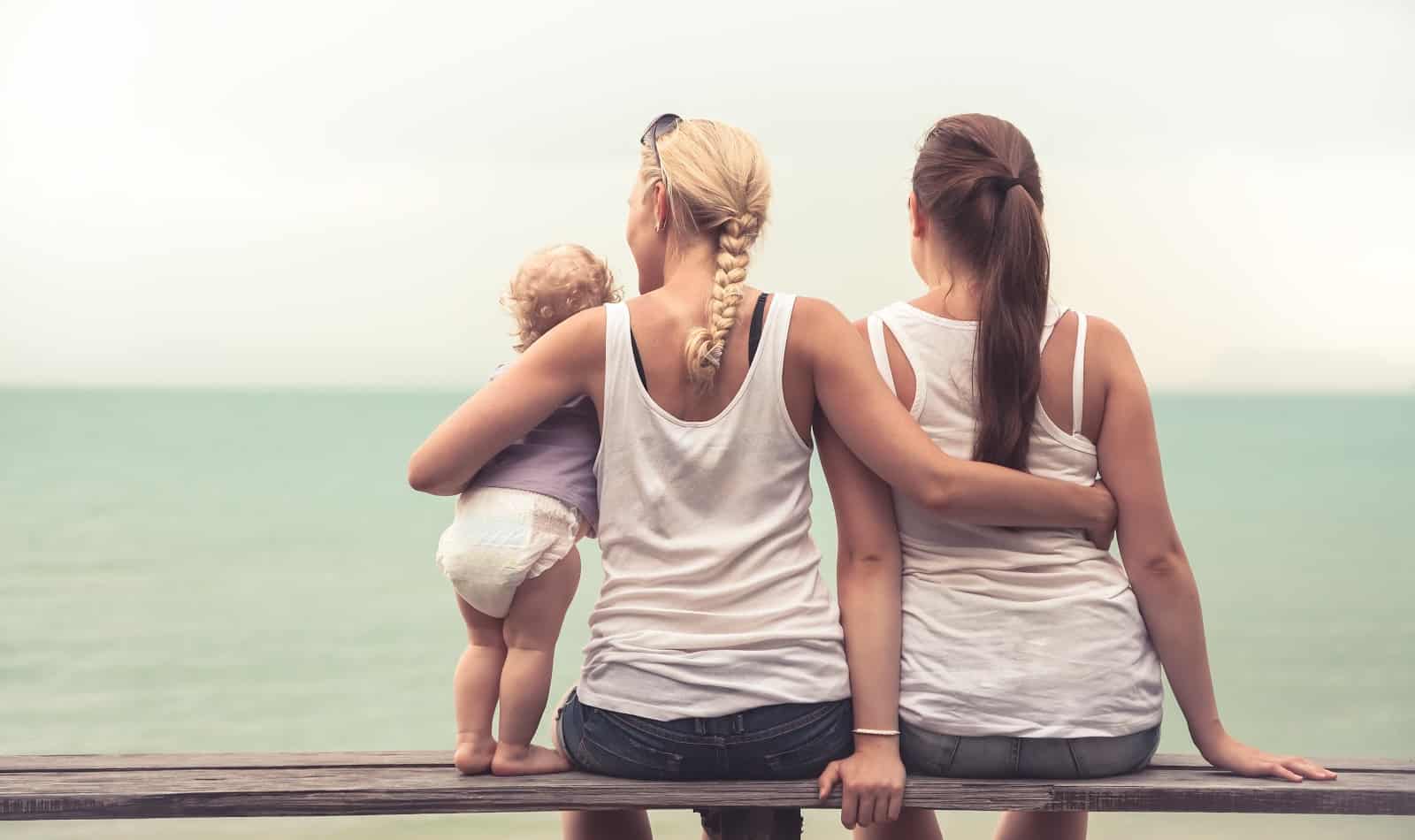 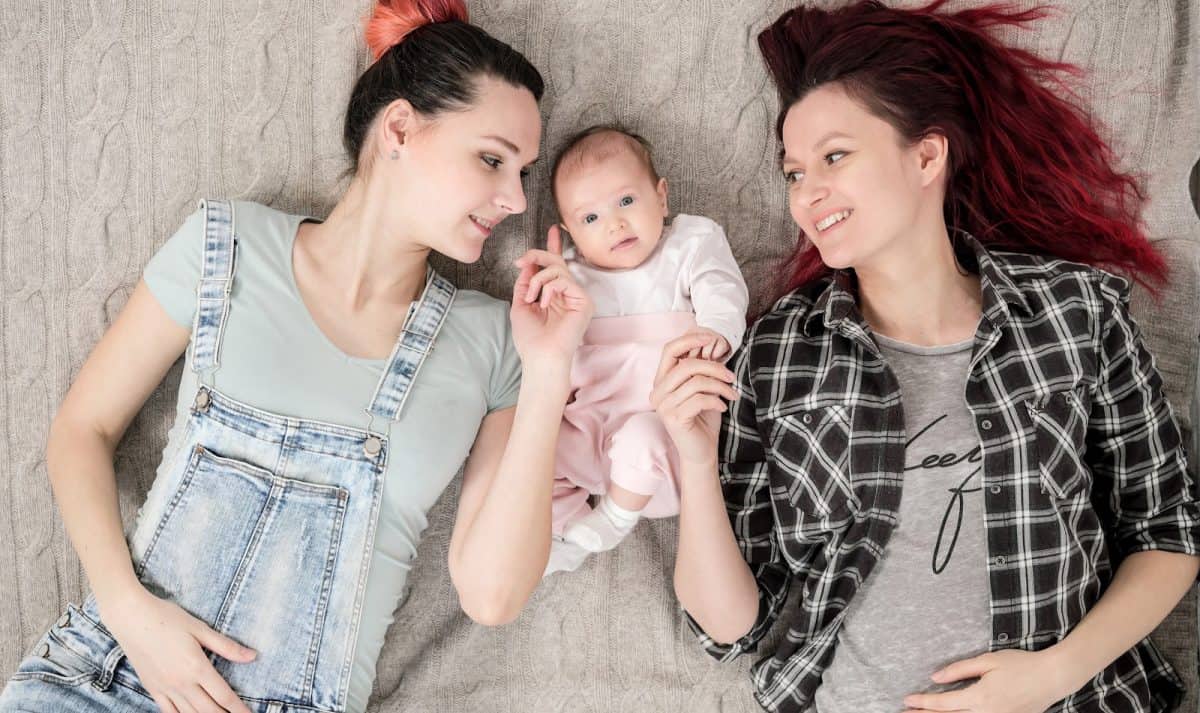 Indiana wants to strip same-sex couples of their parenting rights, and they’re hoping the Trump-stacked conservative Supreme Court will make it possible. If that happens, it would open the door for other right-leaning states to do the same. Read on for the full story.

Indiana Wants to Strip Same-Sex Parents of Their Rights, Asks Supreme Court to Let Them

Earlier this week, as Americans were busy thawing their turkeys and shopping for pie ingredients, Indiana Attorney General Curtis Hill was busy asking the Supreme Court to take away same-sex couples’ parenting rights. The ask isn’t particularly surprising coming from Indiana. After all, this is a state that openly embraced our current homophobic VP, Mike Pence.

The surprising part? The Supreme Court is considering taking up the case. In fact, they may very well be chomping at the bit to take it. Justices Clarence Thomas and Samuel Alito have been chomping at the bit to dismantle Obergefell, and this could give them the opportunity they’ve been waiting for. Amy Coney Barrett hasn’t been particularly vocal about her intentions towards maintaining same-sex marriage rights, but her her affiliation with a well-known anti-LGBTQ hate group speaks volumes on is own.

Married lesbian couples fight for rights to their own children

The case of Box v. Henderson revolves around eight lesbian couples who just want the rights granted to opposite-sex couples when it comes to their children. In Indiana, if a heterosexual couple uses a sperm donor to start its family, the husband automatically becomes their child’s legal parent. No hoops, no lawsuits, no custody disputes. From day one, he’s recognized as that baby’s legitimate father.

However, in the case of a lesbian couple, the state refuses to recognize the mother’s wife as a legal parent. As Slate explains, “the second parent has no biological connection to the child; Indiana’s decision to extend parental rights to the nonbiological husbands of birth mothers, but not the wives of birth mothers, is sheer discrimination.”

The plaintiffs in the case are all married lesbian couples who used a sperm donor to become parents. In seven of the eight couples, one wife used her own egg and carried their child in her own womb. One of the couples used one wife’s eggs, but the other carried their child. Indiana refuses to allow anyone but the biological mother on the birth certificate in all cases, including the last one. If the non-biological parent wants rights to her own child, she has to go through the adoption process.

According to Law and Crime, spouses who wanted official recognition as their child’s parents didn’t just have to deal with the administrative nightmare of adoption; they also had to jump through other costly and invasive legal hoops. For example, one woman had no other option but to pursue a “stepparent adoption.” That process involves background checks, fingerprinting, and a a complete examination of her finances, business records, and more.

The couple also had to submit an autobiography, explain their entire parenting philosophy, submit to a home study and even provide vetineranry records for their pets. Along with a complete and total invasion of every aspect of their privacy, they also forked over $4,000+ just to receive some semblance of the parenting rights afforded automatically to mixed-sex couples.

When the Supreme Court ruled in favor of Obergefell, it didn’t just give gay and lesbian couples the right to legally marry; it gave them the right to ” the same terms and conditions as opposite-sex couples.”  In other words, true marriage equality. Twice since then, courts have ruled on cases of this exact nature.

First, in Florida, a federal judge ruled that Obergefell itself gives equal parenting rights to lesbian couples who use a sperm donor. Like Indiana, Florida already gives those rights automatically to husbands when their wives use artificial insemination. Florida’s attorney general settled without further appeal.

A 2017 case did go before SCOTUS. In Pavan v. Smith, the court ruled that states must treat both same-sex and opposite-sex couples equally in terms of birth certificates. If a state recognizes the husband of an opposite-sex couple as a legal parent even when he has no biological connection to the child, then it must recognize the non-biological wife of a lesbian couple.

If SCOTUS rules in favor of Indiana, not only will it set a precedent that allows others states to deny same-sex couples equal parenting rights, it’ll make it easier for the court to continue chipping away at Obergefell until there is nothing left. The court will decide on December 11th whether or not to hear the case. We’ll update you when that happens.

What do you think about Indiana asking SCOTUS to help the state deny same-sex couples of their parenting rights? Share below.