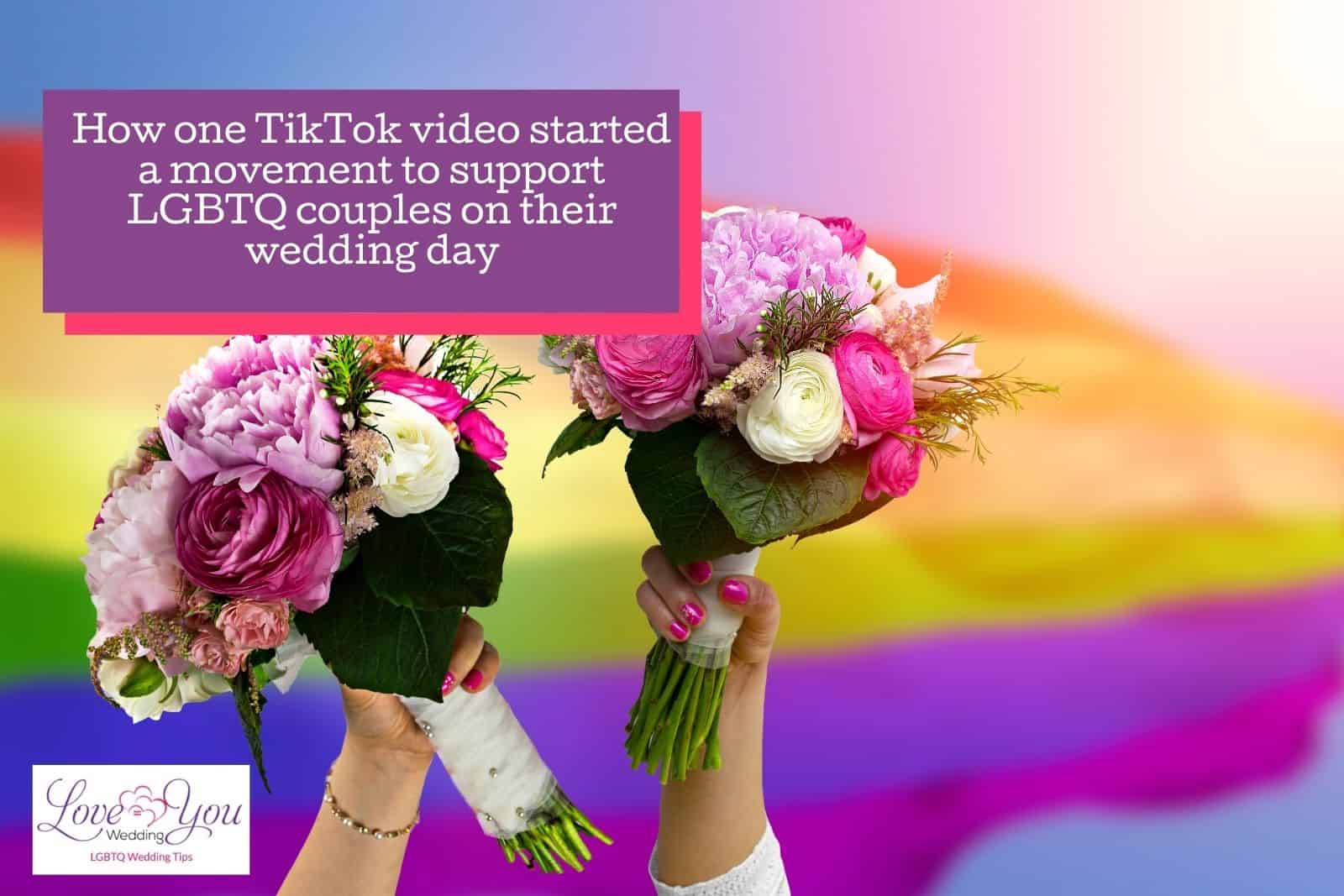 Last year, Dan Blevins a father from Tennessee issued an invitation for “stand-in parents for LGBTQ couples on their wedding day.

This was so that the couples would not have to feel the absence of parents on their wedding day.

Last year, the father and hairstylist from Tennessee sent an invitation on TikTok, which has now grown into a Facebook group of over 33,000 people aiming to aid others looking for acceptance, support, and love at their wedding day.

Tracy Dieleman, whose parents died many years ago and whose sister couldn’t attend the wedding because she was out of town, went to a Facebook group that has become a lifeline for the LGBTQ community. “I’ve never had the support like I have now,” said Dieleman.

The Facebook group “Tiktok Stand In Families” already has over 35,000 members from dozens of nations and all 50 states in the United States.

So when Dieleman posted a message about her planned wedding in Missouri, she received a swift response. Amy Brinsfield, a mother-of-four from Arkansas, reached her.

“I asked her if she would be willing for me to come to her wedding if she was okay with that. And she said, ‘yes’, she would love it,” said Brinsfield. “I took the day off from work. I drove up the night before, got a hotel. It was not a big deal at all. Like she needed somebody, you know? I was able to be there.”

But for Dieleman it was more than a big deal considering her father never accepted her identity. “I’ve never had the support as I have now,” said Dieleman. “The minute (Amy) showed up, I was like, ‘Oh yes, finally, I actually have some support around here, you know?”

The tick-tock standing families Facebook group not only stands in for weddings but blossomed into a unique LGBTQ support group.

Belvin gives the example of a homeless person who found a safe place to remain after the network created a “transport chain” to bring her from Tennessee to Texas, where her family lived.

“That took five drivers, 11 hours, and it was a pretty miraculous thing to see how all of these people were willing to give up a few hours on their Sunday to help this person in need,” said Blevins.

On the other hand, Tracy Dieleman had a modest courthouse wedding, but she claims it was the best day of her life because of a stranger from another state.

For those struggling, she added: “You can’t help who you love. You are who you are, regardless of what anybody says. And there is support out there. You might not have it now, but you will have it soon.”

Who Wears the Engagement Ring in a Gay Relationship?