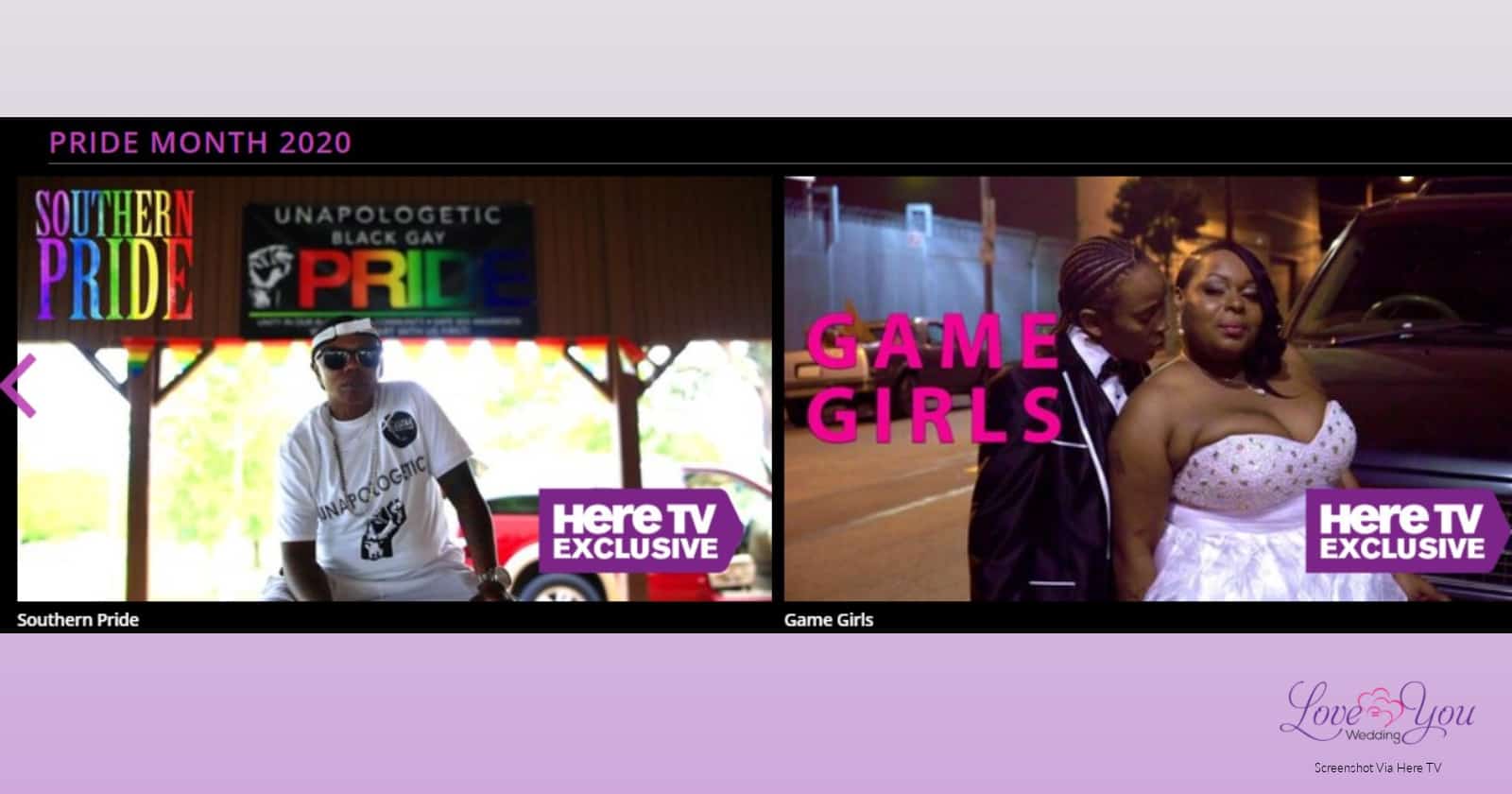 Here TV, a subscription video service dedicated entirely to LGBTQ+ shows and movies, announced an exclusive selection of social justice programming in honor of Pride Month. Read on for the complete lineup of programming currently available.

*The following comes directly from the Here TV press release.

Social justice is at the forefront of everyone’s mind and Here TV wants to highlight the intersectionality of our community with so many others.

THE MOST DANGEROUS YEAR: With the help of a coalition of civil rights activists and ally lawmakers, a group of families with transgender kids embark on an uncharted journey of fighting for their children’s lives and futures.

BROTHER OUTSIDER: The Life of Bayard Rustin is an eye-opening biography, which premiered at the Sundance Film Festival and won more than 25 awards. It explores the life of Bayard Rustin, a visionary strategist and activist who has been called “the unknown hero” of the civil rights movement.

A LONG ROAD TO FREEDOM: The Advocate Celebrates 50 Years, the Emmy-nominated documentary narrated by Laverne Cox with music by Melissa Etheridge, focuses on watershed moments in LGBTQ history through never-before-seen footage and engaging interviews. Starting with the Black Cat Riots, the film covers Stonewall, the disco sexual revolution, the AIDS crisis, marriage equality, and the trans movement to present day.

VOGUING: The Message is a pre-Madonna primer that raises questions about race, sex and subculture style while tracing the roots of this gay Black and Latino dance form.

30 YEARS FROM HERE, the Here TV original Emmy-nominated documentary, examines the trials and tribulations of the AIDS pandemic over the past 30 years. Larry Kramer, activists, medical experts and others who were on the ground in the early years share their stories from the war on AIDS.

AFTER STONEWALL is the sequel to the 1984 documentary ‘Before Stonewall’, which chronicles the gay rights movement from 1969 to the end of the century.

CHERRY GROVE STORIES dives deep into the unique character of Cherry Grove, a community on Fire Island, NY, which was a safe haven for gays during a time when two men holding hands in public was illegal.

POLITICAL ANIMALS is a powerful, award-winning documentary about four California lawmakers – all women – who took the fight for equality from the streets into the halls of government to create lasting social justice and equality.

PASSING profiles the lives of three men of color who have undergone gender transition from female to male.

GAME GIRLS follows Teri and her girlfriend Tiahana as they navigate their relationship through the chaotic world of Los Angeles’ Skid Row, a.k.a the “homeless capital of the U.S.”

“Social justice has been a core value at Here TV and part of its mission since our launch in 2003 as the nation’s first LGBTQ+ television service,” says David Millbern, Emmy-nominated producer of UNDERGROUND and A LONG ROAD TO FREEDOM: The Advocate Celebrates 50 Years. “Here TV is committed to highlighting those on the front lines of the social justice movement and to amplifying underrepresented voices. We will always support marginalized groups that face inequality, prejudice, and discrimination every day.”

Here TV (http://www.heretv.com) launched in 2004, making it the world’s first SVOD LGBTQ+ video service and is available on all major US cable operators including Xfinity, Spectrum, Cablevision, FiOS, U-Verse, Cox, as well as Amazon, Roku, Sling and the Here TV app (http://www.here.tv) where it can be viewed on all iOS and Android mobile devices. Here TV reaches millions of viewers each month and has produced Academy award-winning films in addition to receiving four Daytime Emmy Award nominations.

Which of these social justice programs will you watch first on Here TV. What else are you watching this Pride Month? Share below.