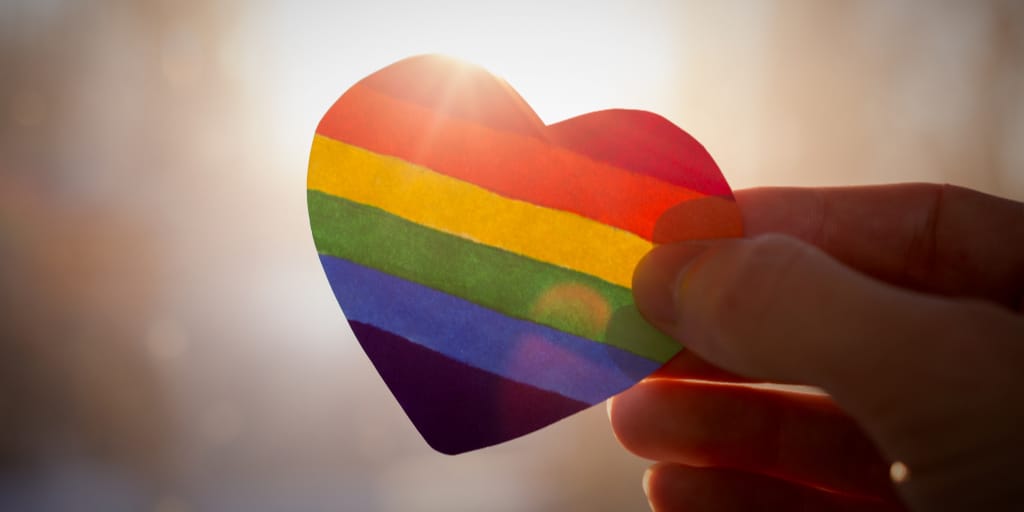 As promised when we first told you about it, today we’re checking out highlights from GLAAD’s Together in Pride livestream event.

The night was a huge success, with some of the hottest names in entertainment popping in from their own homes.

Read on for the full story!

GLAAD’s Together in Pride: You Are Not Alone Livestream Event Highlights

On Sunday night, GLAAD hosted a livestream event- Together in Pride: You Are Not Alone, on Facebook and YouTube.

The event featured interviews, performances and video messages from actors, musicians, medical professionals and leaders in the LGBTQ community.

The goal was to raise funds for Center Link, a coalition of 250+ LGBTQ community centers in 46 states, Puerto Rico, Canada, Mexico, Australia and China.

If you missed it, don’t worry; the entire show resides on YouTube. Take a peek below:

Here are some highlights from the livestream event:

Co-host Billy Eichner, an actor and comedian, kicked off the event with a very important message:

“We are here for three important reasons, to connect with each other as we stay at home safely, I hope. Especially with our LGBTQ youth, for whom home may not be a safe place and to take precautions when we’re not at home… we’re here to focus on our community, specially and the way COVID-19 specifically affects us and we were here of course, to raise money and awareness for CenterLink.”

“I want to second the love and pride I feel for the community right now, especially the LGBTQ+ youth—you are not alone, you are loved, you belong. we are in this together.”

The hosts didn’t waste time kicking off the main event! Take a look at some of the night’s performance highlights.

Kesha performed her 2017 song “Rainbow,” which she also sang during the One World Together at Home Event seen below.

Melissa Etheridge performed 2 songs during the event- her 2016 song “Pulse,” which was previously dedicated to the victims of the Pulse nightclub shooting, in Orlando, Florida, on June 12th, 2016 and her 1994 song “Come To My Window.”

Glee star Alex Newell sang “Stand Up for Love” by Destiny’s Child, which was their 2005 charity single for World Children’s Day.

Broadway actor George Salazar and Pose star MJ Rodriguez performed their rendition of “Suddenly Seymour.” The duo were co-stars in the Little Shop of Horrors at the Pasadena Playhouse in Pasadena, California.

The cast of Broadway’s “Jagged Little Pill” performed “You Learn” by Alanis Morissette.

The performance went back and forth between the cast members (Celia Rose Gooding, Derek Klena, Elizabeth Stanley, Kathryn Gallagher, Lauren Patten and Sean Allan Krill) in their homes.

The night was filled with special guests, too. Check out the top names who popped in from home.

American Idol alum Adam Lambert chatted with Billy Eichner about what it was like coming out publicly in 2009, a time when coming out in the music industry was still uncharted territory.

Lambert also announced that he, in conjunction with his foundation, Feel Something Foundation, was auctioning off 15 of his iconic stage costumes, on eBay, to support GLAAD.

“Hi everyone, it’s Barbra Streisand and I am so thrilled that GLAAD’s Together in Pride: You Are Not Alone event is happening tonight to raise much-needed funds to support local LGBTQ community centers all over the country who are being seriously affected by COVID-19.

If these community centers had to close their doors that means that LGBTQ kids may not have a meal, it means they may not have a place to go and it also means they won’t have the support that so many of these facilities need to help them find a job and be successful.

I know that times are tough, but I really hope you’ll help save these organizations … give as you can, every bit helps.”

“Hi, it’s Bebe Rexha. I miss all of your beautiful faces and I can’t wait to see you guys soon. This is a really tough time for everyone, including many of my dear friends in the LGBTQ community and we all know it’s really important to support our loved ones, but it’s becoming harder because of the COVID-19 crisis.

A lot of the smaller LGBTQ centers and organizations may have to shut down their doors because of what’s happening, and we cannot let that happen. That’s why I’m excited to work with GLAAD with Together in Pride: You Are Not Alone.”

Schitt’s Creek co-creator and star Dan Levy shared some important advice for LGBTQ youth who may feel alone during COVID-19.

YouTuber Gigi Gorgeous and her wife, fashion designer Nats Getty talked about their wedding day (July 12, 2019), as well as how they are making and donating them to hospitals and organizations in need.

Queer Eye star Jonathan Van Ness talked with Lilly Singh about the importance of breaking down the stigma around living with HIV. He also shared some important advice to LGBTQ youth who may feel isolated during COVID-19.

Golden Globe Award-winning actor Matt Bomer talked with Billy Eichner about coming out before it was the acceptable thing to do. He said,

“I had incredible role models… Ellen DeGeneres and Neil Patrick Harris… and other people who come before me, and it was a risky thing to do at the time Magic Mike was about to come out that was largely built on sex appeal and I was a romantic lead on television. To me, I had to weigh out my personal life which was the fact that I was soon-to-be a husband, we had three children and I wanted to be able to look them in the eye with love and sincerity and truth and honesty was ultimately more important to me than what was going to cost me my career.”

Pete Buttigieg and his husband Chasten Glezman discussed with Billy Eichner about the LGBTQ community being engaged in the political process and the importance of voting.

Buttigieg is the former mayor of South Bend, Indiana and former 2020 presidential candidate.

Glezman is a former humanities teacher at Montessori Academy at Edison Lakes in Mishawaka, Indiana and part-time Director of Curriculum at the South Bend Civic Theatre.

YouTuber and social media influencer Tyler Oakley spoke with Nate Rhoton, the Executive Director of the One-N-Ten Youth Center in Phoenix, Arizona, about the challenges that the local youth centers are facing during COVID-19.

All in all, the star-studded night was a success! Again, if you missed it, no worries. The entire show is still available to watch on GLAAD’s YouTube channel.

Did you catch the Together in Pride: You’re Not Alone livestream event? Share your favorite moments below.