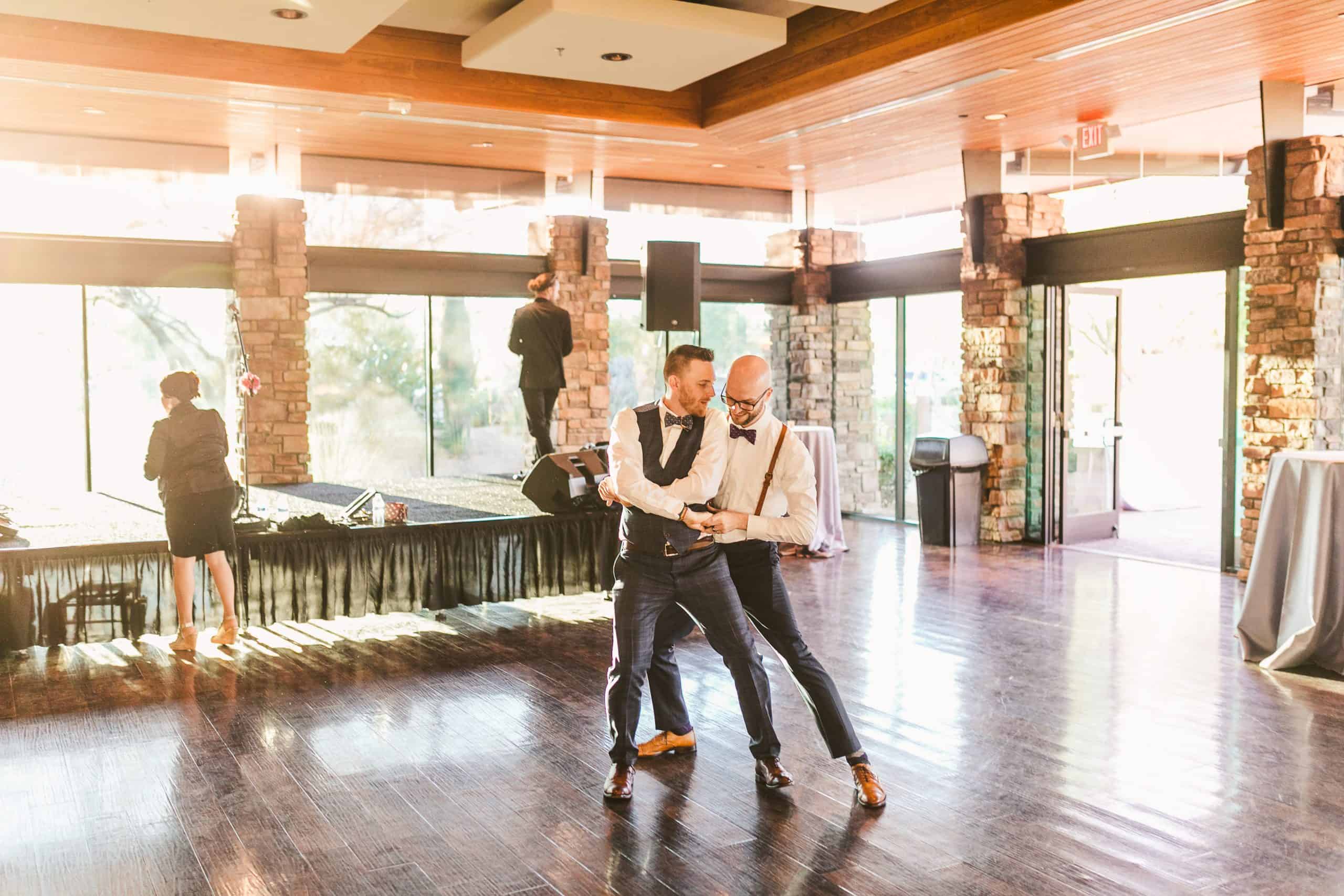 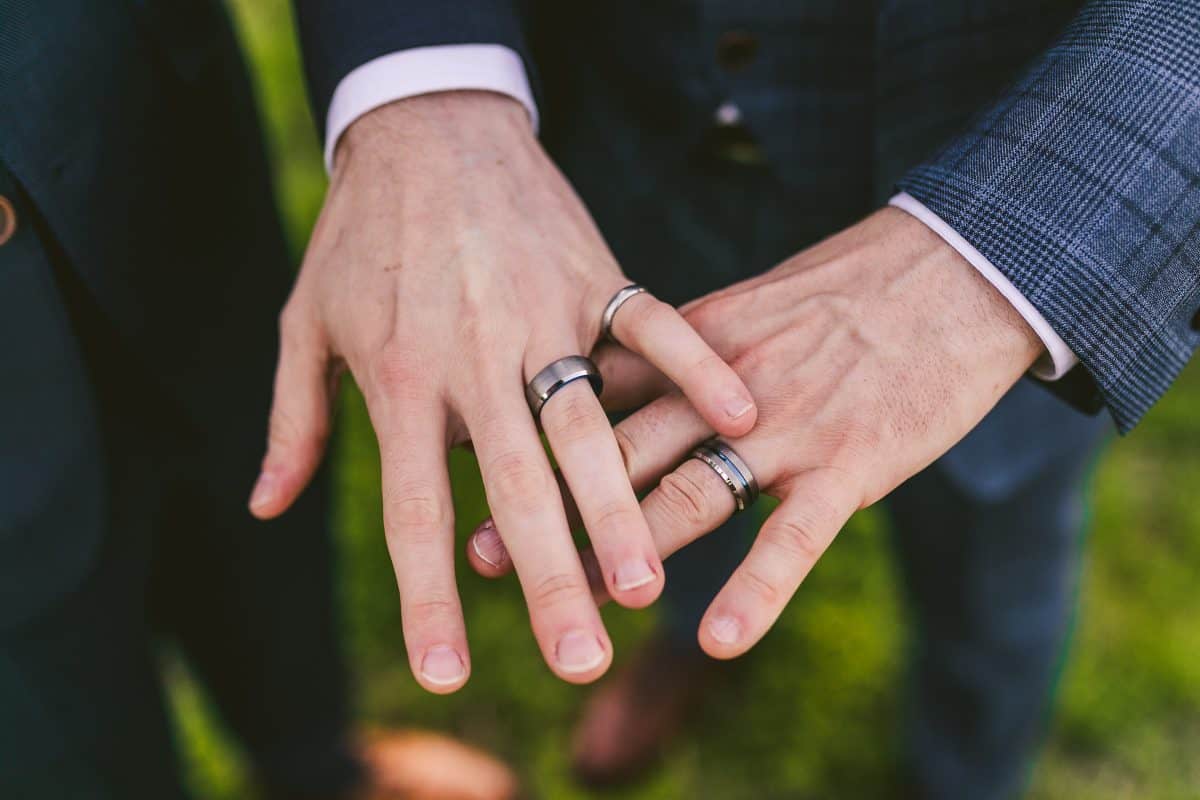 Burke’s and Malachi’s wedding story begins with Cupid’s virtual arrow and culminates in a viral dance video that has everyone cheering. We caught up with them via a socially distanced email interview to learn more about their journey, proposal, and of course the inspiration behind that epic video. Read on for our interview. Plus, check out their gorgeous gay wedding photos.

We want to feature your LGBTQ wedding! Send your stories and photos over to media@loveyouwedding.com!

Sometimes, a match is so perfect, we can’t help but believe that Cupid played a major role in making it happen. In this case, he actually did! Well, in app form, of course. This is the 21st century after all, even Roman Gods of Love take technology shortcuts. You’ll see what I mean in a moment. Let’s dive into the interview. All photos, except the “Soul Mate” one, are courtesy of Burke and Malachi, and taken by their talented photographer Mike Olbinski. 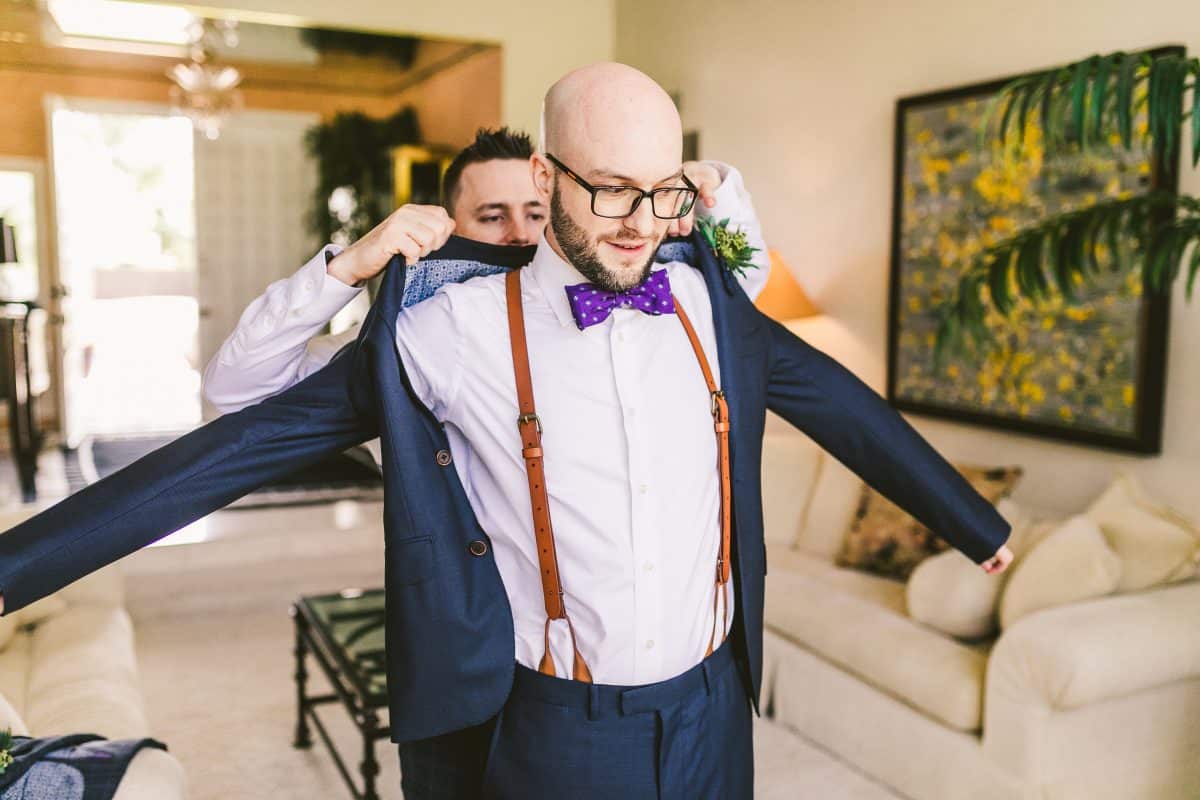 We actually met online on an app called OKCupid. That app is extremely good at showing percentages of compatibility in all areas. It matched us up quite well in all departments. He reached out to me first. I was hesitant to meet up that night but he was about to fly out for his brother’s wedding and he didn’t want to risk me moving on. So we met very impromptu for a quick dinner at Chipotle. I kissed him that night and then he flew out. We texted non stop and have been inseparable ever since. 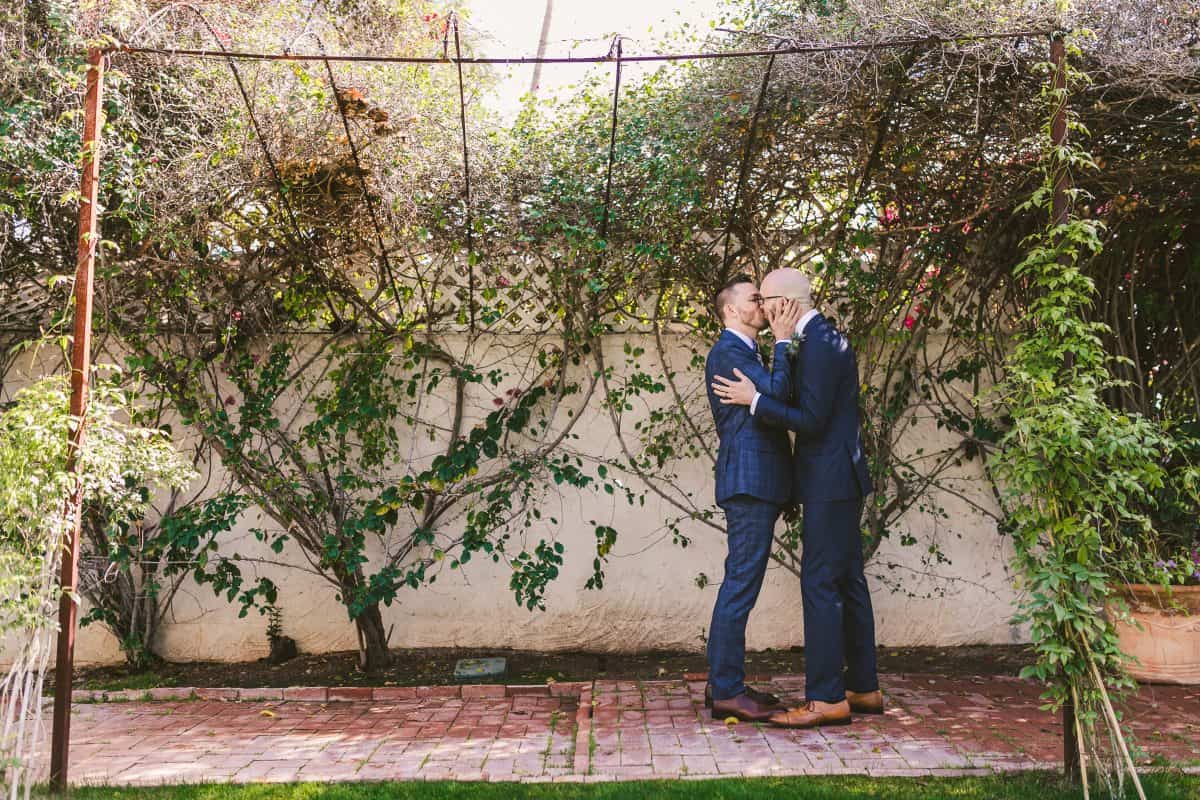 2- When did you know he was the one? Tell us about that moment when you knew you wanted to spend your life together.

To be honest, I am not sure quite when I knew. We went on a trip to Disney World together. He had never been to a Disney park before. I bought us Soul Mate tees for the Xmas before we went. I knew then for sure. We took 5 days, one park each day and we had the most amazing time. We got a lot of positive attention. I would say that after about 6 months, I knew he was the one for me. 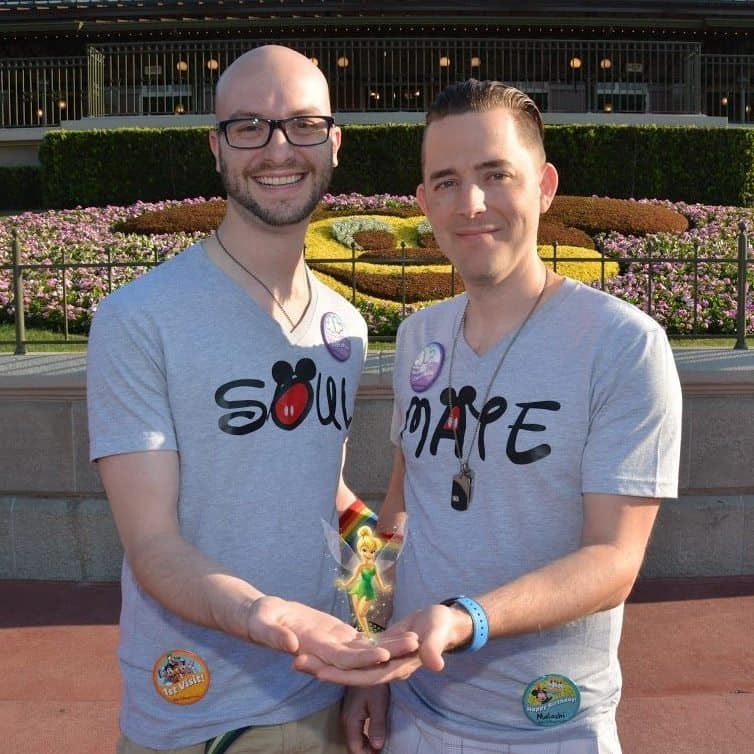 3- How long have you been together?

We got married right before our 4th anniversary. 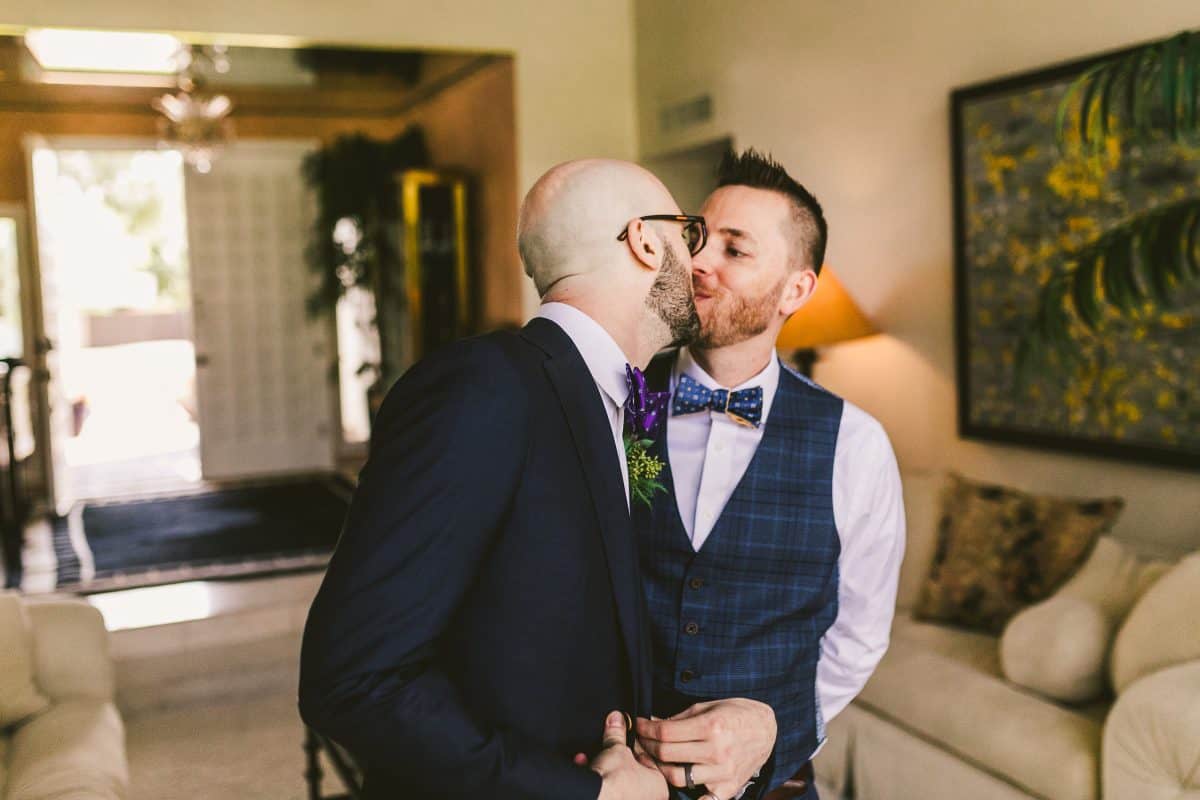 4- Tell us about your proposal. Who Proposed? How?

I actually had his parents help. When we went back to his home in Arkansas for Thanksgiving, we went out and about downtown on Black Friday. We went to a very famous hotel for food that his parents spend their anniversary. I had the waiter give him a note when I went to the restroom and I ran to the main walkway bridge and I proposed on the bridge. We put a lock on the bridge, kind of like they do in Paris.

5- Tell us about your wedding: theme, organization, what you liked, how you can describe it. Pictures?

We hired wedding planners to plan our big day. We made a lot of decisions along the way. In the end, we went with a venue that allowed us to do pretty much whatever we wanted. There were no vendor restrictions so we kinda of went all out.

Best Wedding Dance Ever with a Surprise Ending! from LGBTWeddings

We learned to dance for 5 months doing basic dances and working on our First Dance. We knew we wanted something amazing so we spent the money and time to get it. The first song was a discovery when we were looking for first dance videos to gather ideas. We discovered a video with the El Beso song. Here is the video. We knew we wanted to do a similar dance and we loved the song that we kept it.

For the second song, we saw Frozen 2 recently and we loved the Panic! At the Disco version. We just knew that was the vibe we wanted, not to mention it was very new and trendy. Also Going Into The Unknown, was a perfect song to describe getting married and starting a life together. 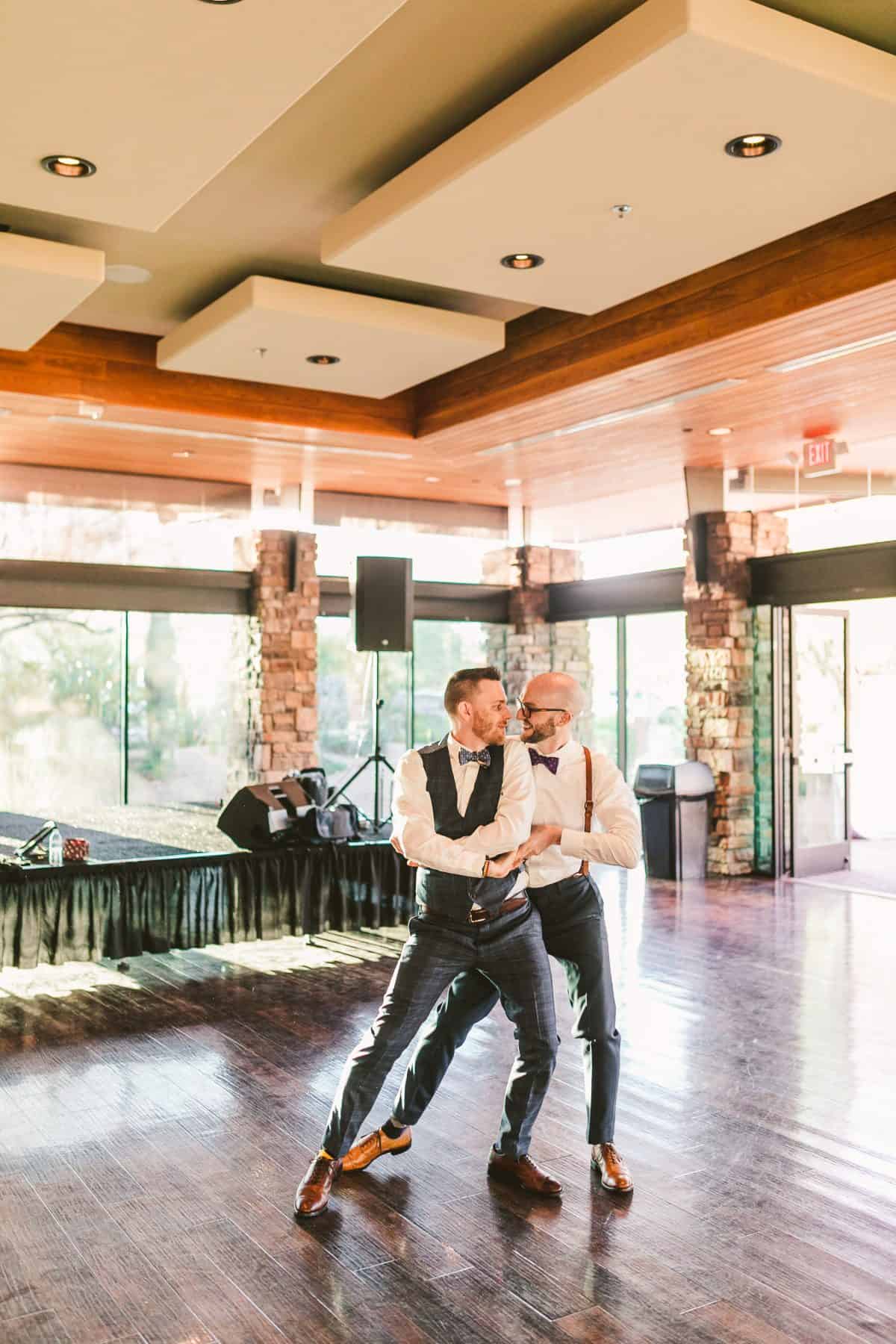 Whose idea it was? You mentioned you took classes, can you tell us more about these classes? Any tips for couples?

Dancing is EXPENSIVE and most people do not realize that until they look into it. I would suggest knowing what you are signing up for with a custom first dance. Do your research! 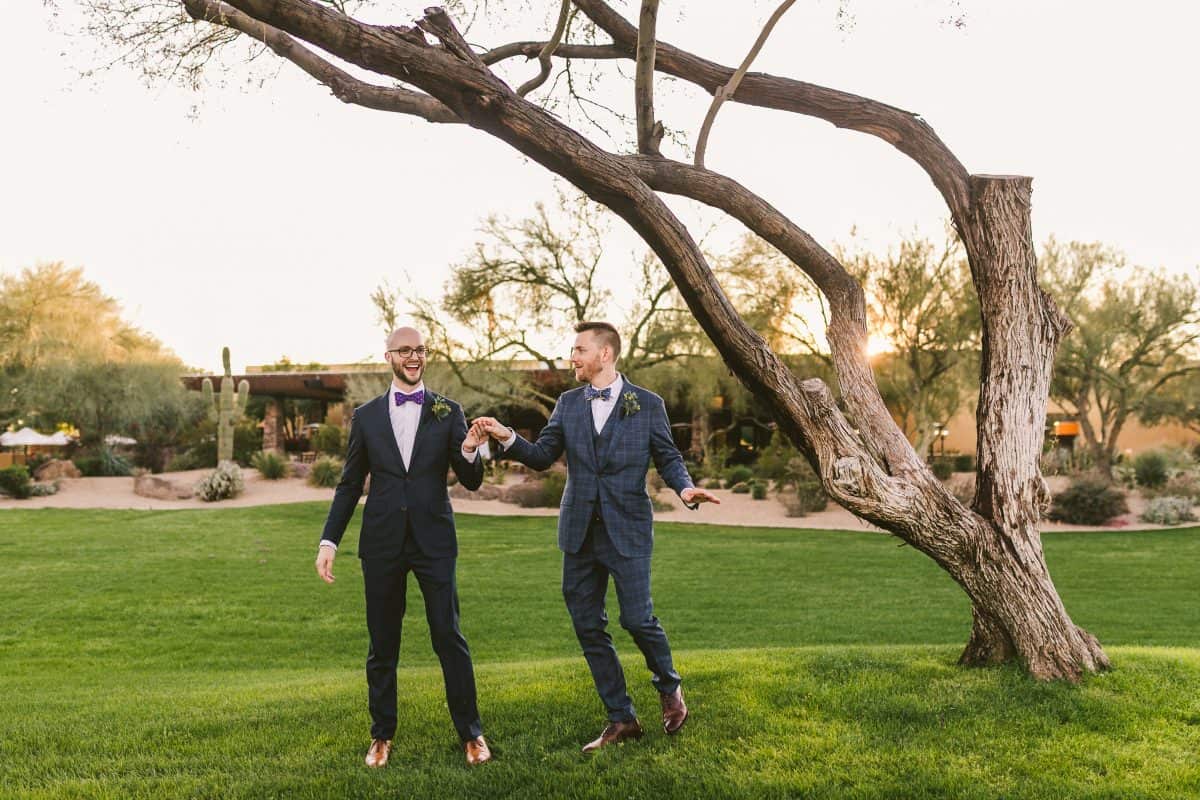 7- What is the one thing (aside from saying I Do, of course) that made your wedding special, that made it truly yours?

It would have to be our first dance. It was just the coolest surprise to everyone and really made things special for everyone there. OHHHH and also, Photo booth, turns out is WAY WORTH THE PHOTOS. Everyone loved them and we got to give them to everyone. We also sent them in our thank you notes. 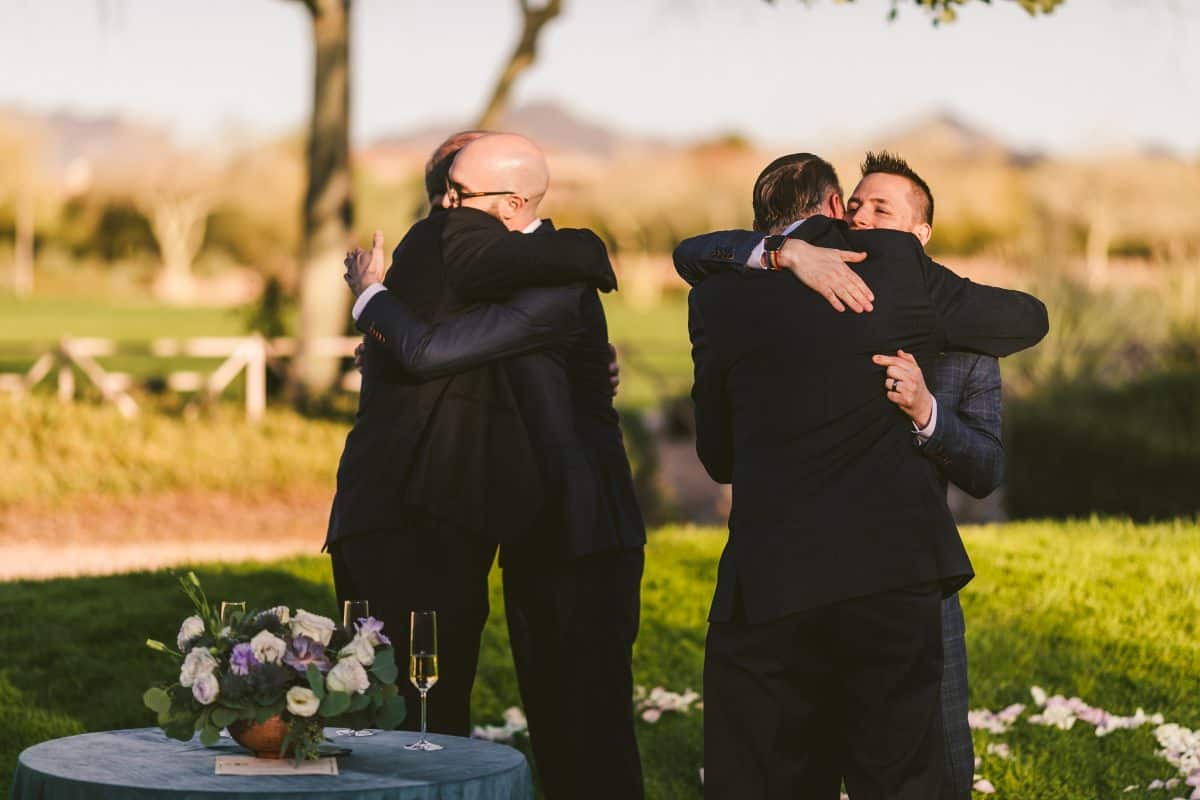 8- If you could tell newlyweds just one thing about how to have a successful and happy marriage, what would it be?

I have said this my whole like and to every couple I have talked to about relationships. TOTAL HONESTY AND COMMUNICATION. If you communicate about everything, you will have not secrets in your marriage. You talk about your life regularly and you be open about everything. My husband even has access to my phone, email, etc. This makes it so you are never surprised about an issue or growing apart because you always talk about your feelings to each other. 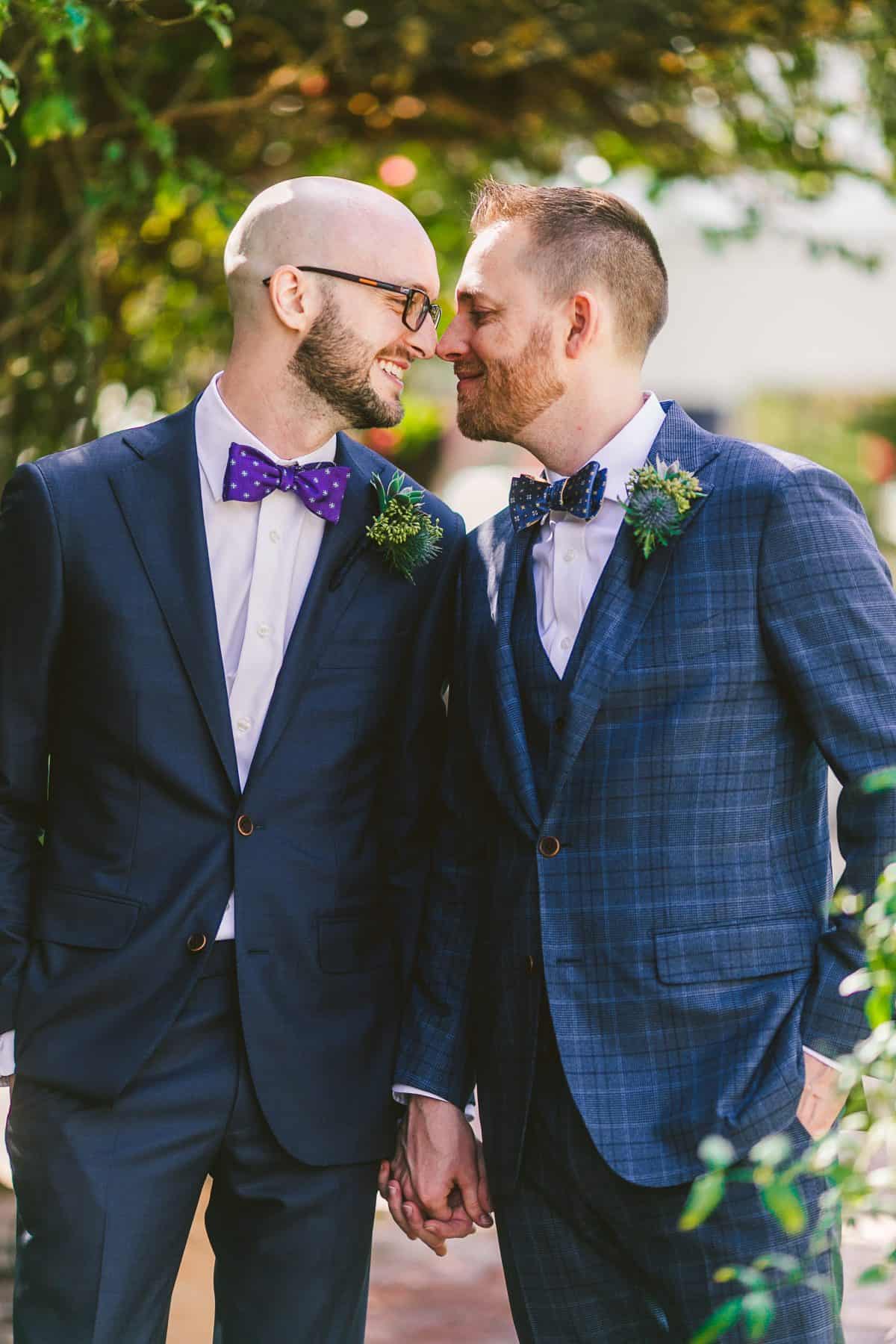 9- Anything else you want to add to inspire other couples?

Set your budget and be realistic about the wedding. Expect to pay more then your budget though as you will want more things as you plan. So put in a buffer.

Take a look at some of our favorite photos from Burke & Malachi’s big day! 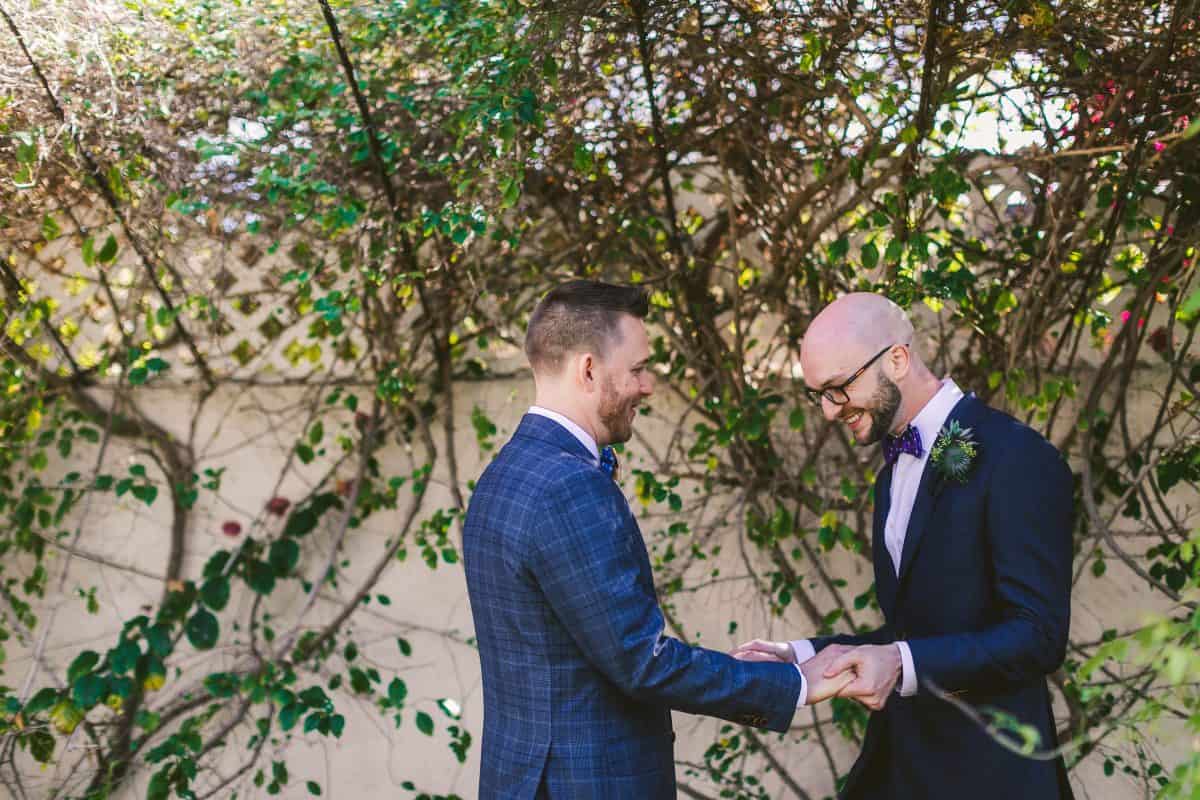 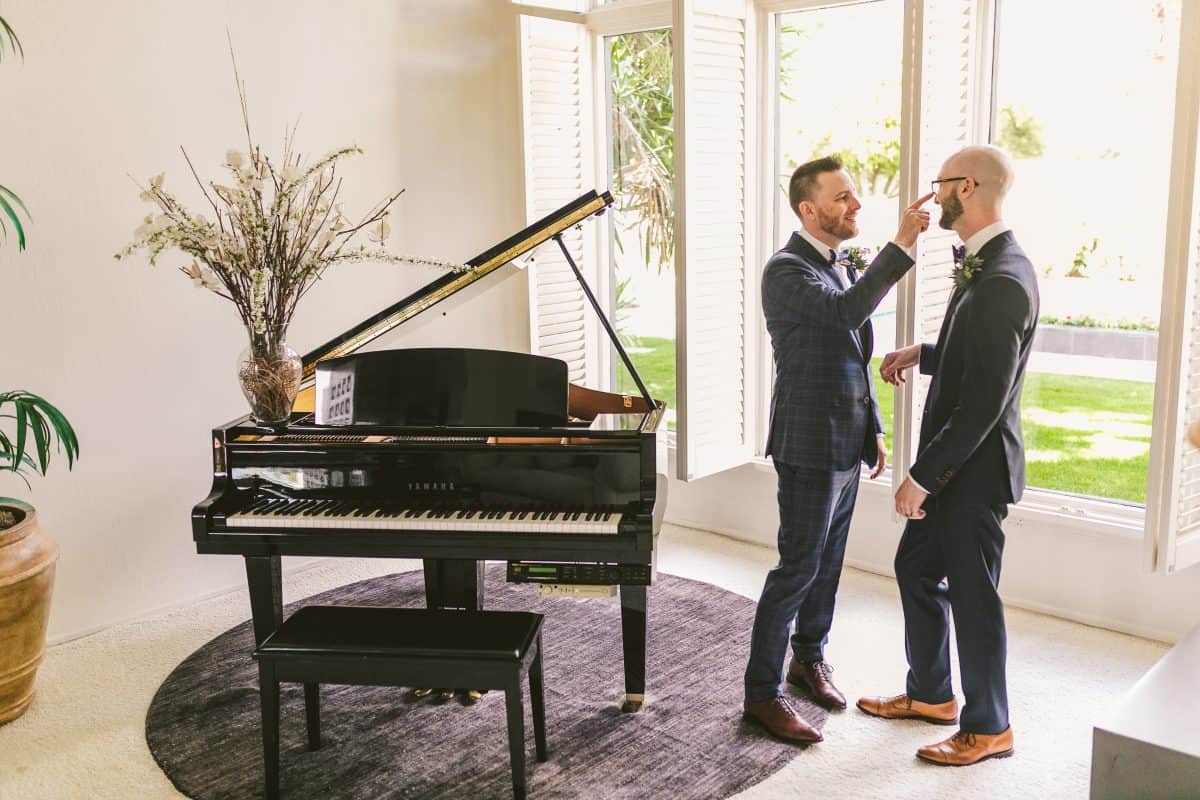 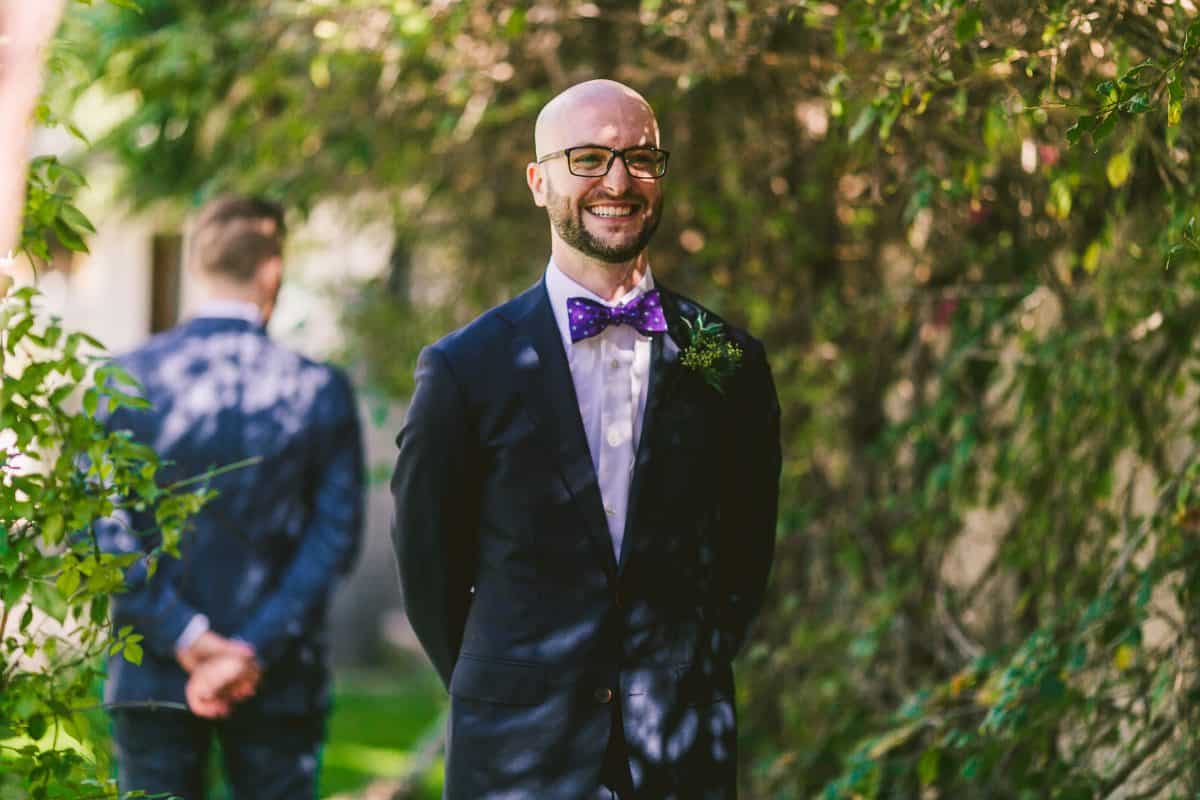 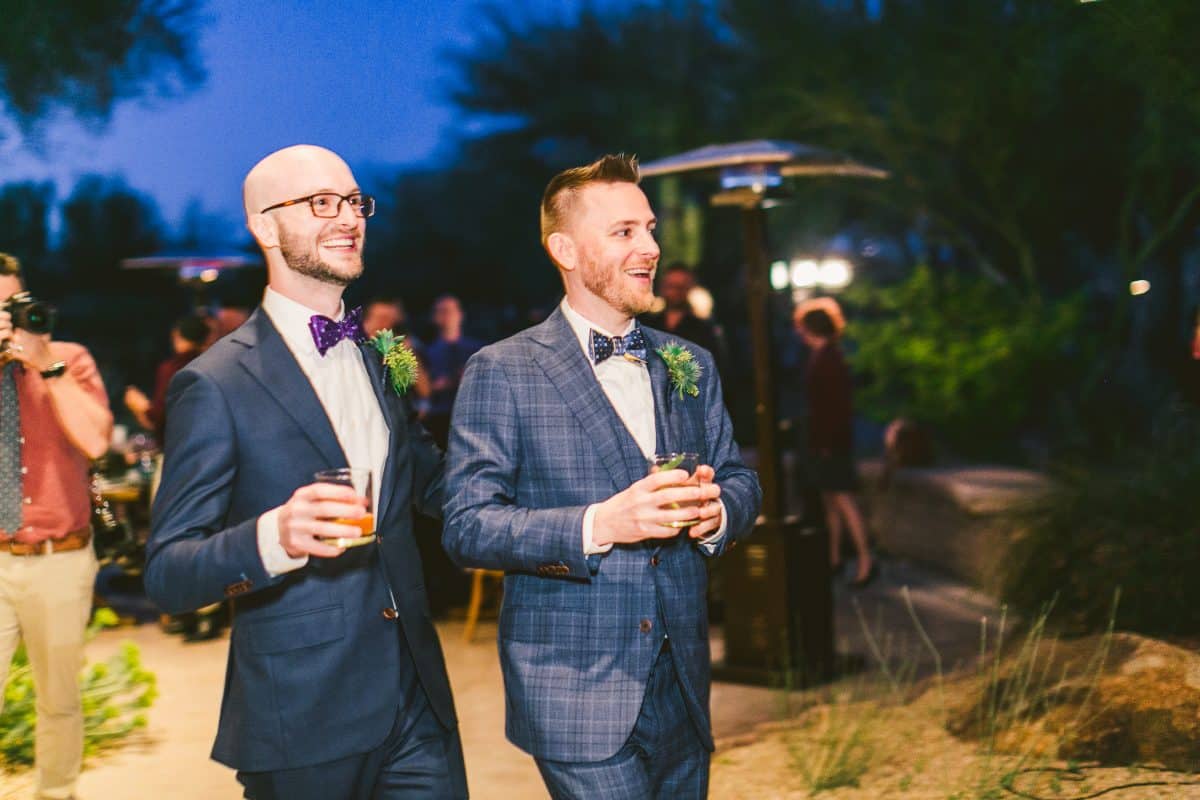 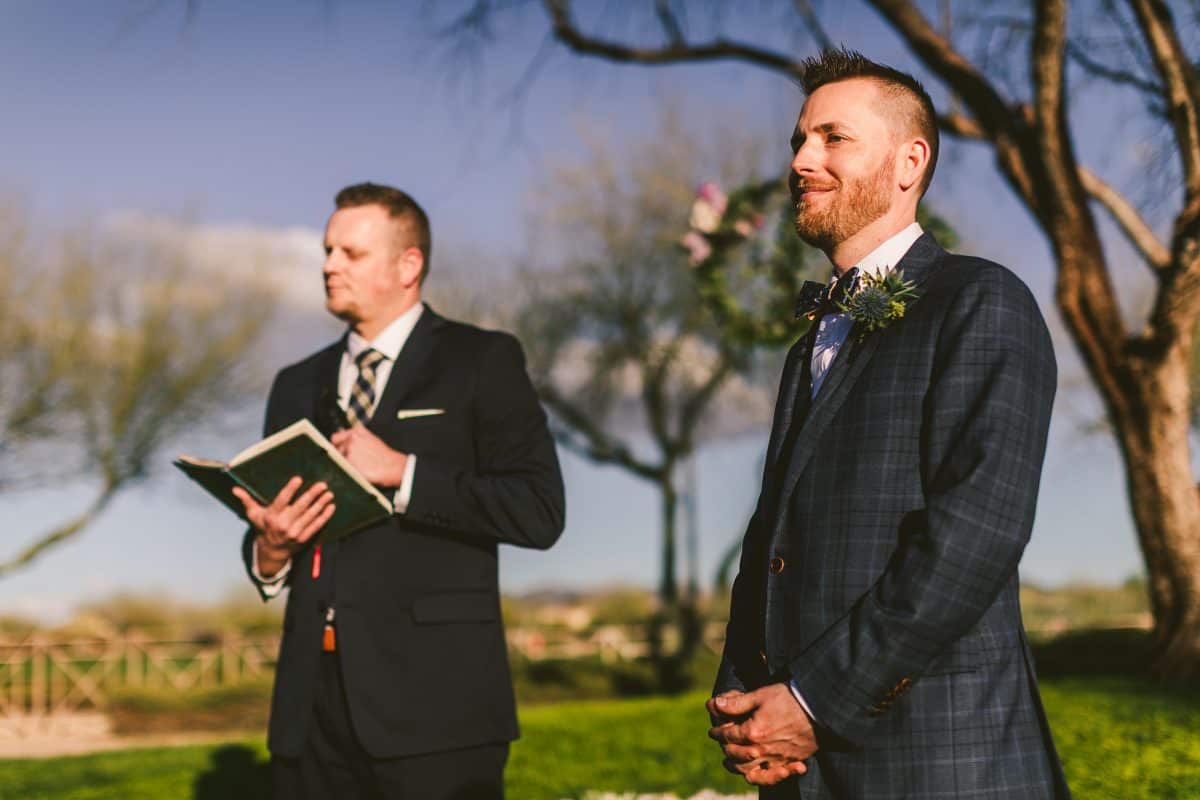 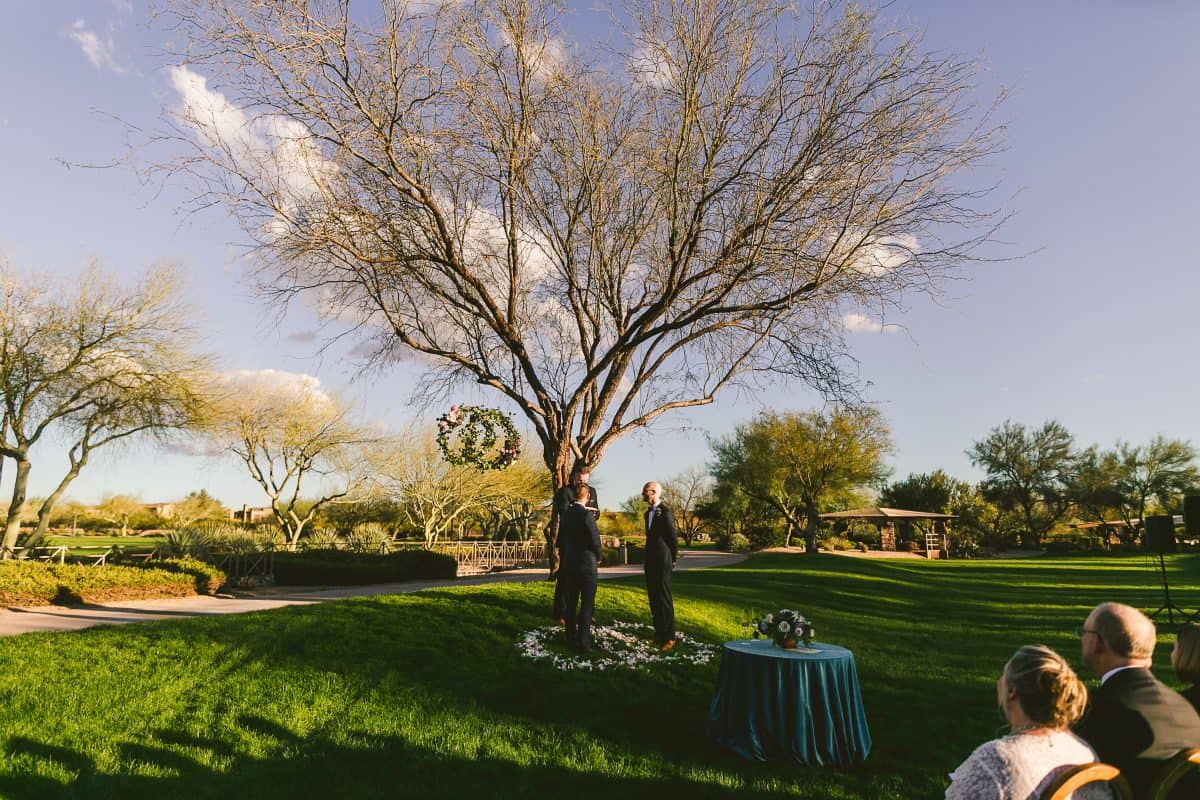 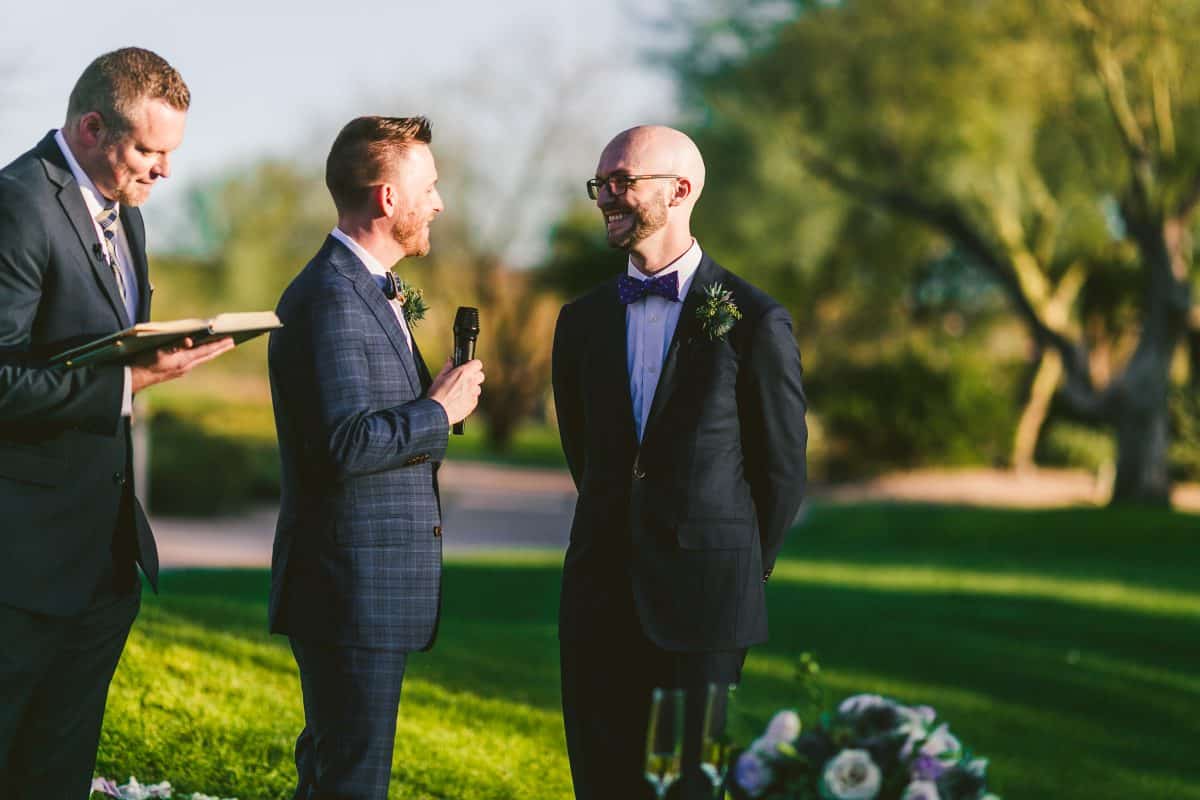 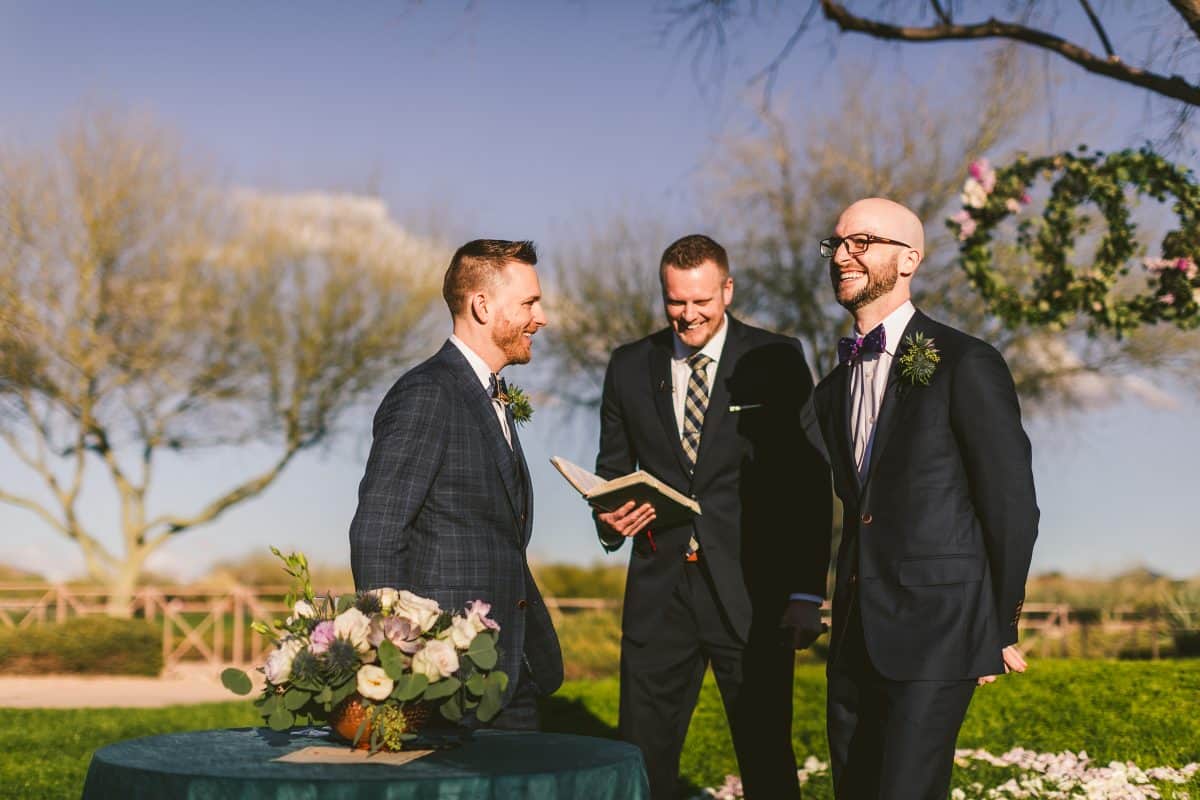 Thank you, again, to Burke and Malachi, for sharing their inspiring story! If you can’t get enough of those stunning photos, check out the entire massive and beautiful gallery on Mike Olbinski‘s website. You can also peruse the hilarious and adorable Photo Booth pictures here.

What is your favorite thing about Burke’s and Malachi’s gorgeous wedding? What would you incorporate into your own same-sex wedding? Share below!