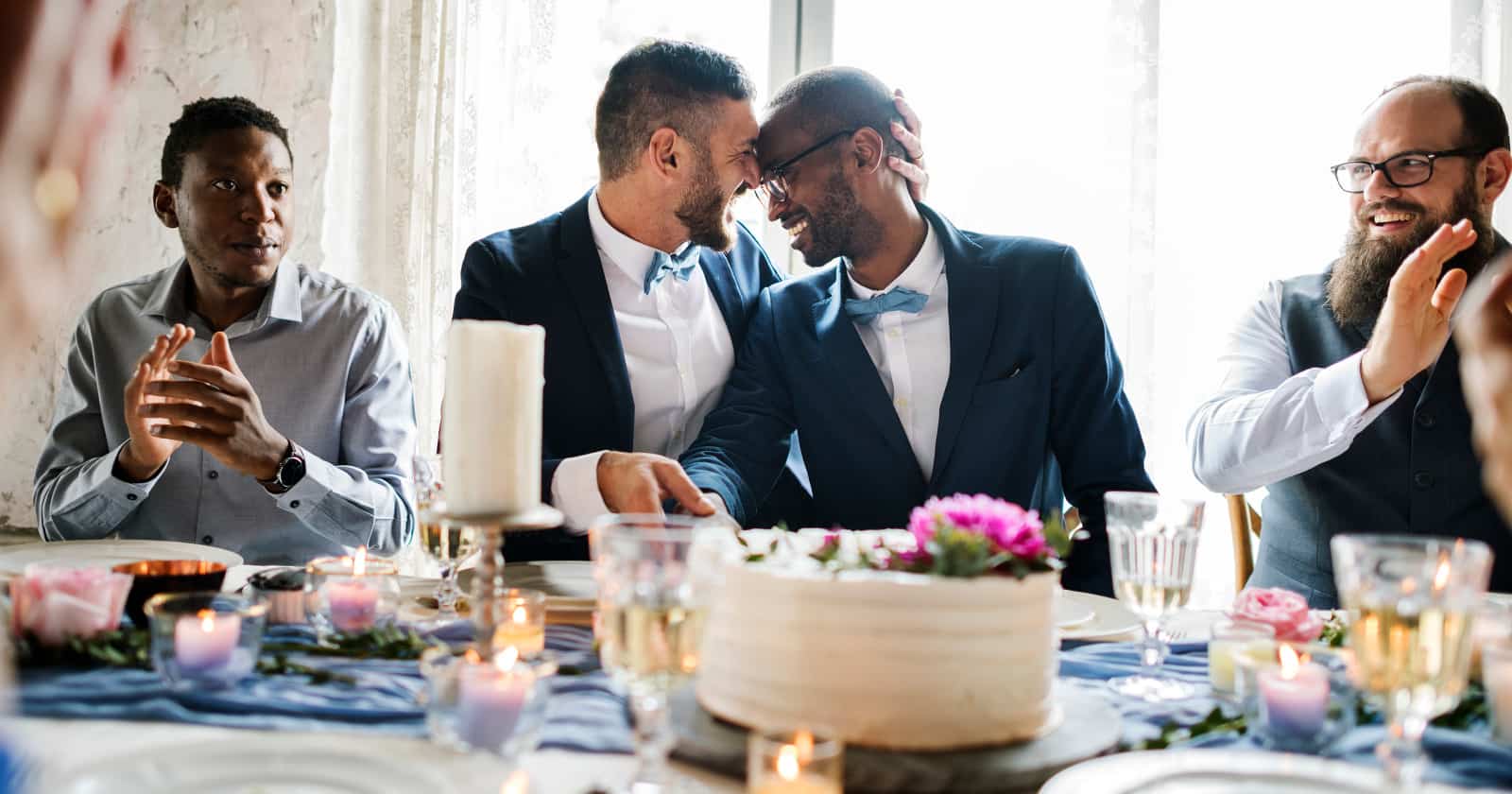 An LGBTQ+ rights shut down complaints about Donald Trump’s Twitter ban with one flawless analogy: he likened it to gay wedding cakes and Christian bakeries. Read on for the full story.

Unless you’ve been completely off the grid for the last 5 days, you’ve most likely heard about the riot that took place at the Capitol building last Wednesday. You’ve also heard about Donald Trump’s role in inciting that violence.

On Friday night Twitter finally took action against the lame duck president and permanently suspended the @RealDonaldTrump. Prior to that, they initiated a temporary suspension on Wednesday night, lasting just 12 hours (Facebook & Instagram, in comparison, suspended Trump at least until President-Elect Joe Biden’s inauguration).

After his initial suspension concluded, Twitter warned that continued violations of their Terms of Service would result in a permanent ban. By Friday morning, Trump was right back to inciting violence, Tweeting out:

“The 75,000,000 great American Patriots who voted for me, AMERICA FIRST, and MAKE AMERICA GREAT AGAIN, will have a GIANT VOICE long into the future. They will not be disrespected or treated unfairly in any way, shape or form!!!”

Shortly after, he let his followers know that he would not be attending Biden’s inauguration. Many took that as a hint that it was safe to attack the ceremony. On Friday night, Twitter made the ban permanent. The social media network issued a statement, saying,

Due to the ongoing tensions in the United States, and an uptick in the global conversation in regards to the people who violently stormed the Capitol on January 6, 2021, these two Tweets must be read in the context of broader events in the country and the ways in which the President’s statements can be mobilized by different audiences, including to incite violence, as well as in the context of the pattern of behavior from this account in recent weeks.

Within moments of the announcement, the cries of “free speech violation” echoed across the Trumpverse on every social media network. In the eyes of Trump’s followers, Twitter violated Trump’s (and by extension, their) 1st Amendment right to freedom of speech.

Of course, the Constitution explicitly states that “Congress shall make no law…prohibiting the free exercise thereof; or abridging the freedom of speech.” CONGRESS. Not Twitter, Facebook, or Instagram. Just Congress. Businesses are free to abridge and prohibit away.

Unfortunately, none of his followers seemed to grasp this concept, as more and more cries of “Big Tech is silencing us and taking away our rights” reverberated around the nation. Enter one brilliant LGBTQ+ rights activist, John Smith Chicago.

Smith was quick to point out that he was not supporting discriminating against gay weddings, but rather pointing out hypocrisy. He wrote,

“For the record, I oppose LGBT+ discrimination. I’m calling out the hypocrisy of Republicans who say religion triumphs civil rights, but demand private media companies host purveyors of violence, hate and disinformation… I am just asking conservatives to respect the sincerely held beliefs of Twitter, just as they demand we respect their religious bigotry in other public services.”

It seems that Twitter opened a flood gate. Other major businesses cut ties with Trump, Parler, and others who played a role in inciting the deadly Capitol coup.

Both the Apple Store and Google Play removed Parler from their downloads section. Amazon cut off hosting to the network. Stripe- a payment processing company-stopped processing payments to the Trump campaign. Even the PGA cut ties with the soon-to-be-former president, canceling their 2022 deal with him.

In all cases, Smith’s analogy makes a solid retort to those claiming that their rights are being violated. If a Colorado baker can refuse to make a gay wedding cake, private businesses are free to remove accounts that violate their TOS.

What do you think about Smith’s gay wedding cake analogy to shut down arguments about Trump’s Twitter ban? Share below.