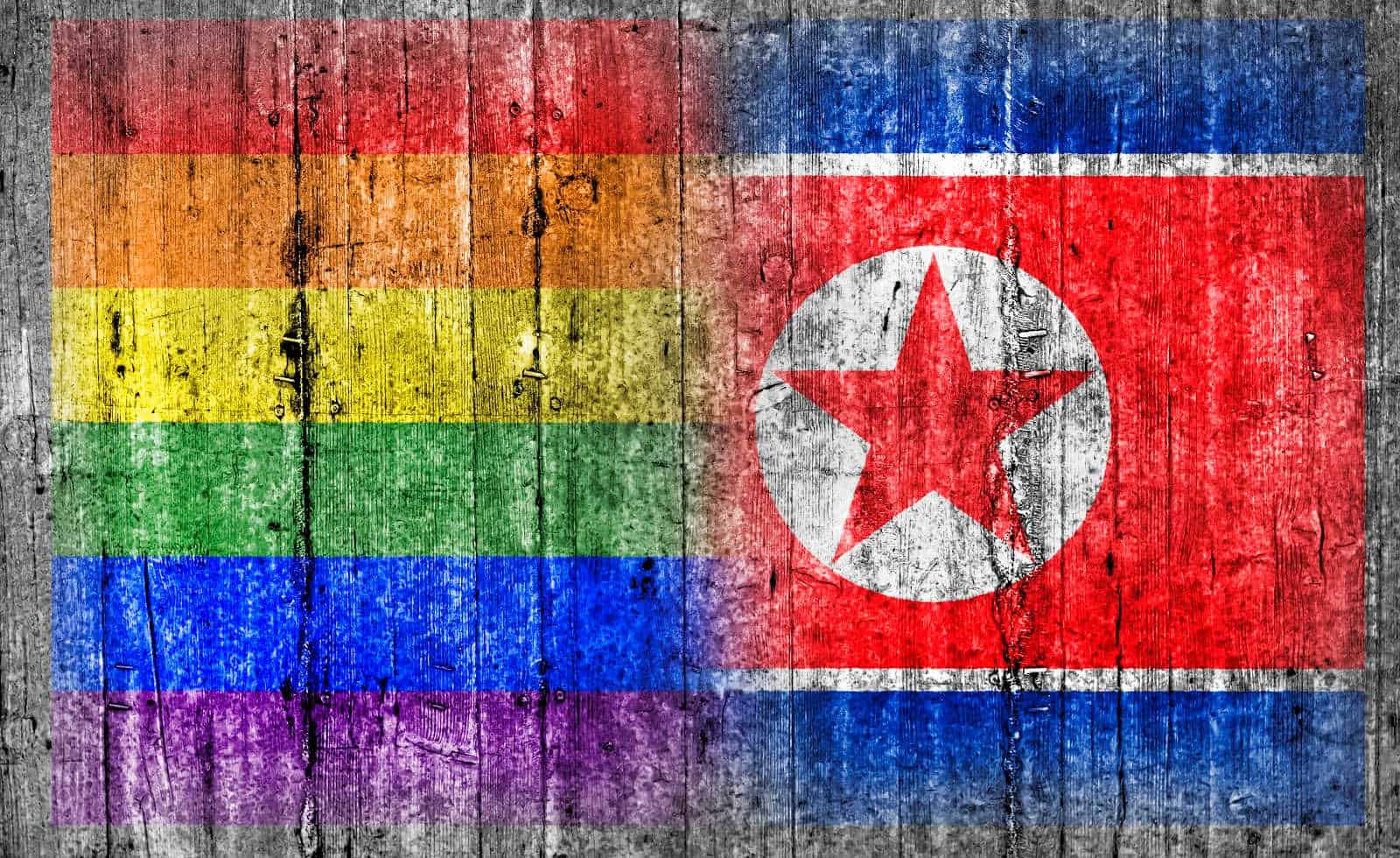 Jang Yeong-jin, the first openly gay man to defect from North Korea, finally found true love at age 62. Now, he’s planning his same-sex wedding, something that never would have been possible behind the Iron Curtain. Read on for the full story.

With all the sadness in the world, it’s nice to load up the news and see headlines like this one announcing that North Korea’s first (and as far as we know, ONLY) openly gay defector has not only found love but is in the process of planning his same-sex wedding. 62-year-old Jang met his future husband Min-su (a Korean-American restauranteur) on a dating site last year.

Four months later, he hopped a plane and flew to America to meet him in person. Thanks to COVID-19 lockdown restrictions (which went into effect during his visit), Jang told BBC news that he and Min-su really had a chance to get to know each other. Now, they’re planning to wed later this year.

Stories about couples finding love during lockdown aren’t exactly rare. What makes this one so special, though, is how it all began.

Jang Yeong-jin made headlines back in 2015, the same year that the Obergefell ruling legalized same-sex marriage in the US. In it, he detailed his journey not just from North Korea, but to finding his true self. He explains how he first learned about homosexuality back in 1998, just over a year after he fled to South Korea.

Jang was searching through a magazine for an article about crossing the DMZ (the demilitarized zone that separates North and South Korea). As he flipped through the pages, he came across another one about gay men coming out, according to BBC News. A photo of two men kissing accompanied that piece and something just clicked for Jang. He said,

“When I saw that, I knew right away that I was this kind of person. That’s why I couldn’t like women.”

For those wondering how one makes it to adulthood without realizing that they’re gay, keep in mind that life is VERY different in North Korea. The country doesn’t have a law against being gay simply because it has “no concept of homosexuality.” As Jang told the Guardian,

“In open societies, people have at least a consciousness of different sexualities, in North Korea, there is no hope.”

Learn more about what it’s like to be a gay man in North Korea in the video below:

Jang married a woman before defecting to South Korea

Jang married a woman after finishing 10 years of military service. In fact, it was problems within that marriage that led him on his journey out of North Korea, a task that comes with enormous risks. First, he fled to China in 1996, hiding from the government while he spent over a year trying to figure out how to get to South Korea. If China catches North Korean defectors, they’re sent back. There, at best they face lifelong imprisonment. Many pay with their lives, facing execution upon their return.

Jang couldn’t find a way to South Korea from China, so he took the only route he could- back through North Korea and across the DMZ. For those who aren’t familiar with the 2.5-mile buffer zone between North and South Korea, it’s one of the most heavily-guarded borders in the world. Miraculously, though, Jang made it across, where he spent months being debriefed by the South Korean government.

Jang’s first attempts to find love after defecting resulted in devastating disasters. One partner even conned Jang out of all of his savings after Jang moved in with him. However, in 2020, he decided that he was ready to try again. As reported above, Jang met Min-su online and flew to the US to meet him before lockdown restrictions fell into place nationwide. The two spent that time really getting to know each other. Two months later, Min-su proposed, and Jang said “yes.” Jang told BBC,

“The more I got to know this man, the more I could see that he had a very good character.  Although he is eight years younger than me, he is the kind of person who likes to care for others first.”

Currently, Jang is in the process of finishing up documents proving that he resolved his first marriage in North Korea. The couple plans to wed later this year.

What do you think of North Korea’s only openly gay man finding love decades after crossing the DMZ? Share below.

How to Organize A Surprise Wedding: Things You Need to Know