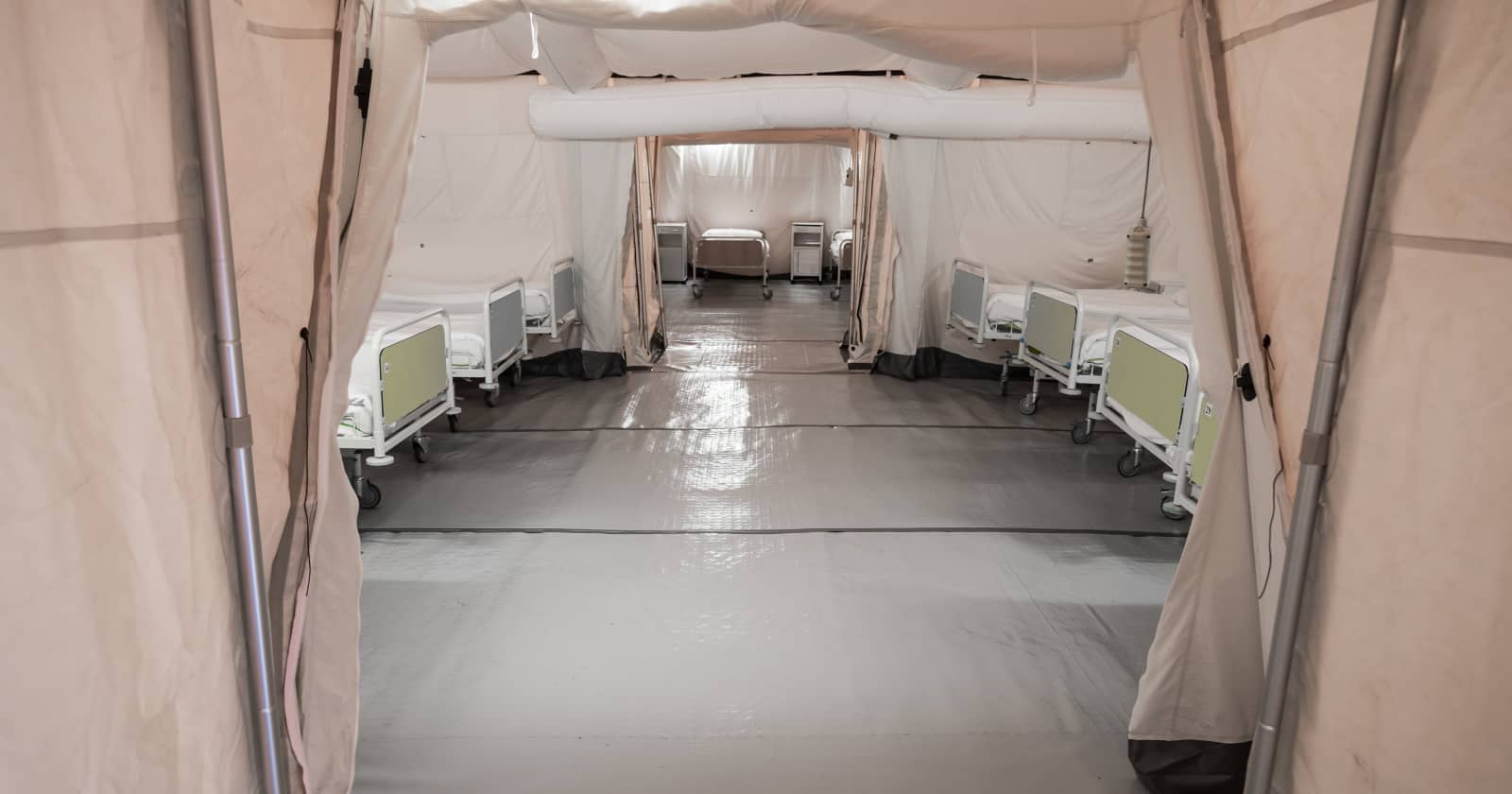 Franklin Graham made headlines when he opened up a decidedly anti-LGBTQ tent hospital in New York City.

Table of Contents: hide
1) New York Gives the Boot to Franklin Graham and His Anti-LGBTQ Tent Hospital
2) Graham Is Still Using The Pandemic To Preach His Beliefs

Although Graham insists he’s not homophobic, he made volunteers swear to oppose same-sex marriages.

Now, he’s back in the news after New York officials told him he’s no longer welcomed.

Samaritan’s Purse set their tents up when New York’s COVID-19 cases were at their highest.

Now that things have settled down, New York officials have asked Graham to pack up and go.

As of May 4th, the hospital closed to new patients. The remaining 8 went to other facilities.

Today, they will start preparing, disinfecting, and dismantling the establishment.

An atmosphere of intolerance towards the LGBTQ community overshadowed the hospital from the start.

Graham and his organization refused LGBTQ volunteers and demanded that all applicants signs a Statement of Faith.

According to the statement, marriage should only be between men and women, and the unrighteous would suffer “damnation and eternal punishment” in hell.

Refusal to sign the statement resulted in exclusion from volunteering.

Today, State Senator Brad Holyman told Graham to pack up and leave, a move supported by the mayor and other officials.

According to Bill de Blaiso, the New York City mayor, Samaritan Purse promised they wouldn’t discriminate anyone in need of medical care.

However, as noted above, once set up the organization launched right into using the tragedy to forward their own agenda.

In their videos, Bible verses appear everywhere on the medical equipment and gear.

It is time for Samaritan’s Purse to leave New York City. This group, which is led by the notoriously bigoted, hate-spewing Franklin Graham, came at a time when our city couldn’t in good conscience turn away any offer of help. That time has passed. Their continued presence here is an affront to our values of inclusion and is painful for all New Yorkers who care deeply about the LGBT+ community.

He believes that health workers need support as well, and the city will do everything they can in order to protect the citizens, but still, he added.

As a city that values diversity and compassion for all, we cannot continue to allow a group with the track record of Samaritan’s Purse to remain here when we are past the point they are needed.

The anti-LGBT organization tried to set up another hospital in New York in April, in The Cathedral of St John the Divine.

Although the dean disapproves of Graham’s views, he was ready to help his community.

Unfortunately, they couldn’t come to an agreement.

Graham Is Still Using The Pandemic To Preach His Beliefs

Graham, favored by Trump, insists that the “media and liberal politicians” are trying to use the pandemic to take Trump down.

No matter how negative the reports are from the media and liberal politicians who want to use the coronavirus to destroy President Donald J Trump, if we put our faith and trust in Jesus Christ, we don’t have to be afraid. God made us. He has a plan and a purpose for our lives, and He knows the number of our days.

Frighteningly enough, he’s not alone. Many of the far-right believe that the virus is a hoax cooked up to hurt Trump’s re-election.

So many, in fact, that the New York Times wrote an article on how to deal with a friend who thinks COVID-19 is a hoax.

What are your thoughts on NY giving the boot to Graham and his anti-LGBTQ tent hospitals? Share below.

LGBTQ Rights Around The World Face Downgrading Thanks to US Report