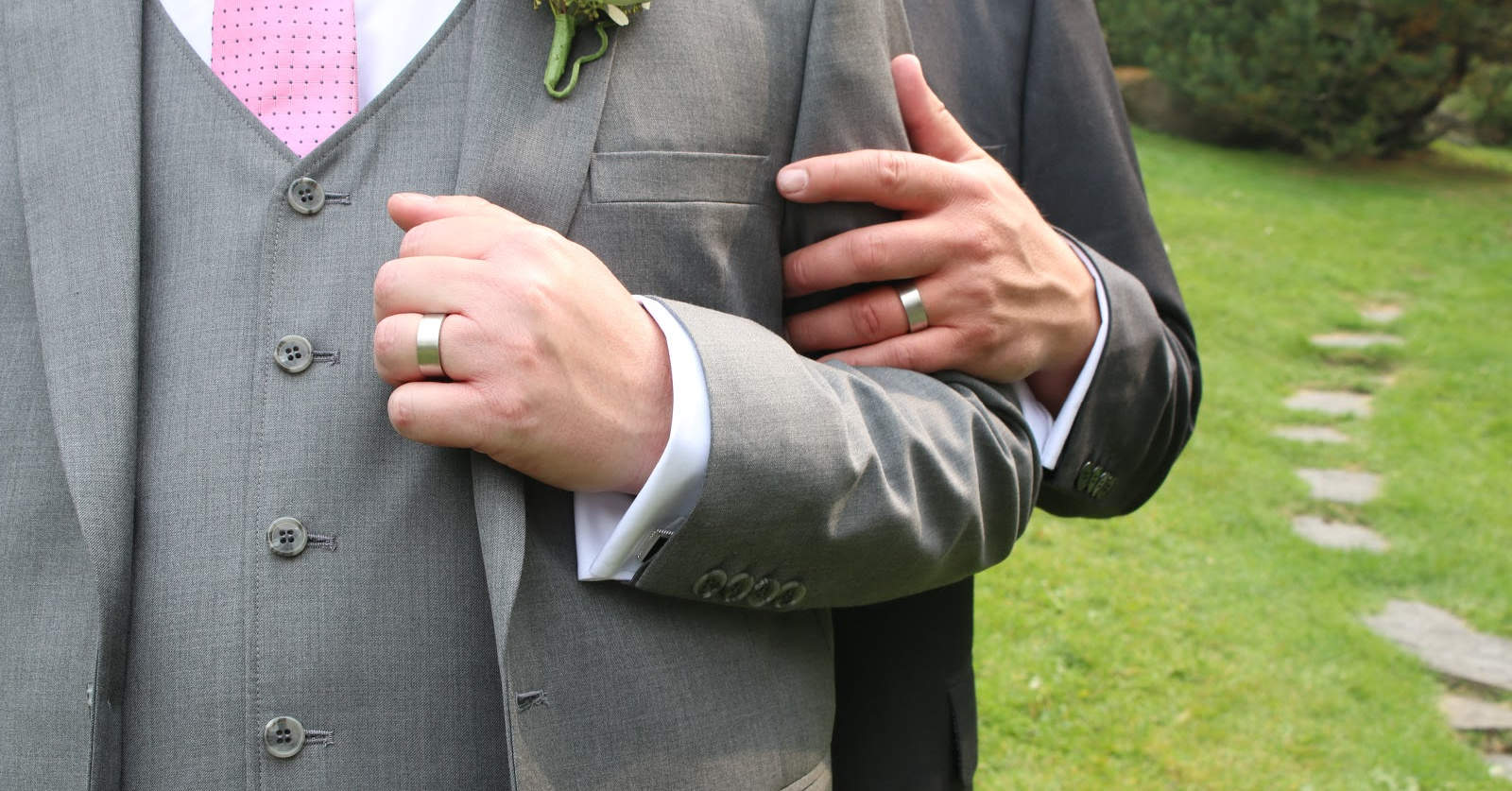 Don’t you just love a heartwarming gay wedding story, especially after a tough week of worrisome news? Today, we’re sharing this touching tale of two grooms and the flash mob that turned their big day into pure joy for everyone who watched it. Read on for the full story.

Flash mobs are a thing, and this Utah couple may have just set the record for it. We’re talking about Brock Dalgleish and Riley Barrington, who got married after being together for almost two years. In an interview for Yahoo Life, Brock was talking about how they moved in together after two months.

It was so fast, which is so unlike me.

Their relationship moved fast. As Riley had a daughter from another marriage, he quickly introduced her to Brock, and Ebony, the little one, “fell in love” with him. Everything was as balanced as possible, and the three adults managed to successfully co-parent Ebony during this time.

In 2019, Brock and Riley got engaged in Peru, and wanted to have their wedding as soon as possible, but the pandemic delayed those plans.

The wedding and the engagement has been very difficult because of COVID. We’ve had like, three huge adjustments with our wedding and we had several moments where we could have called it off. But we were like, ‘No, this is the one good thing that we need this year.

They were initially supposed to get married on September 18th, but then Covid struck. Brock continued.

My best man got COVID about two days before the wedding. And then we were all together, him, my family, all of us. I tested positive for COVID…so we had to call it off.

He talked about this in one of his Instagram posts too.

Unless you’ve planned a wedding, I don’t think you’d truly understand how devastating it would be to call off the wedding the day before the wedding. A year of envisioning that specific moment and that specific day. The flowers, the food, the people spending hours and money on our behalf. The build up and anticipation. The wedding will be postponed until Oct. 11th when we are all healthy again. And it will be magical. I thought getting a concussion the week of the wedding would be a lot. But then the next day we got word that Covid-19 had struck the wedding party, effecting everything. We tried to think of ways to make it all still work, but ultimately we had to make the difficult decision to protect our loved ones and to try and contain it where it was. Covid will not win when it comes to this love and this family. Today is still our special day. Today is love and we are still celebrating. I love you @riley.j.flex and Ebony Jade with my entire heart and soul. You’re my forever. Thank you for capturing magic in this Groomals session @freebirdandcompany . We love you. #loveislove #family #wedding #groomals #loghaven

I thought getting a concussion the week of the wedding would be a lot. But then the next day we got word that Covid-19 had struck the wedding party, effecting everything. (…) Covid will not win when it comes to this love and this family. Today is still our special day. Today is love and we are still celebrating.

Talking about the flash mob, Brock said that he had 80 people involved in it eventually, but because he couldn’t resend the invites, he wasn’t sure if everyone was going to make it.

I originally had about 80 people in this flash mob. So it was pretty big. Honestly, we didn’t know who was going to come because we couldn’t re-send out invites….so it was very much thrown together hoping that people would come.

The best part is that despite all odds, their wedding still happened, on the National Coming Out Day. And the flash mob? Well, it was impressive!

When talking about how he organized everything, we could tell it was a lot of work involved. After deciding on the choreography, he sent it out to the people, and each of them had to practice on their own. The only rehearsal was only two days before the wedding, and they nailed it!

I actually had several surprises throughout the wedding and that was only one of three. I started planning it a few months ago, but I sent out choreography via a Facebook group and people started practicing virtually on their own. And then we had one rehearsal together just two days prior to the wedding.

The video went absolutely viral. Some people shared it, and it got into Oprah Magazine’s and Jennifer Anniston’s attention too!

As the couple can’t go to a proper honeymoon right now, they had to settle for a romantic night at the hotel.

What do you think of this wonderful flash mob surprise at this beautiful gay wedding on National Coming Out Day? Share below!

Ultimate Guide to Choosing the Most Beautiful Silicone Wedding Rings