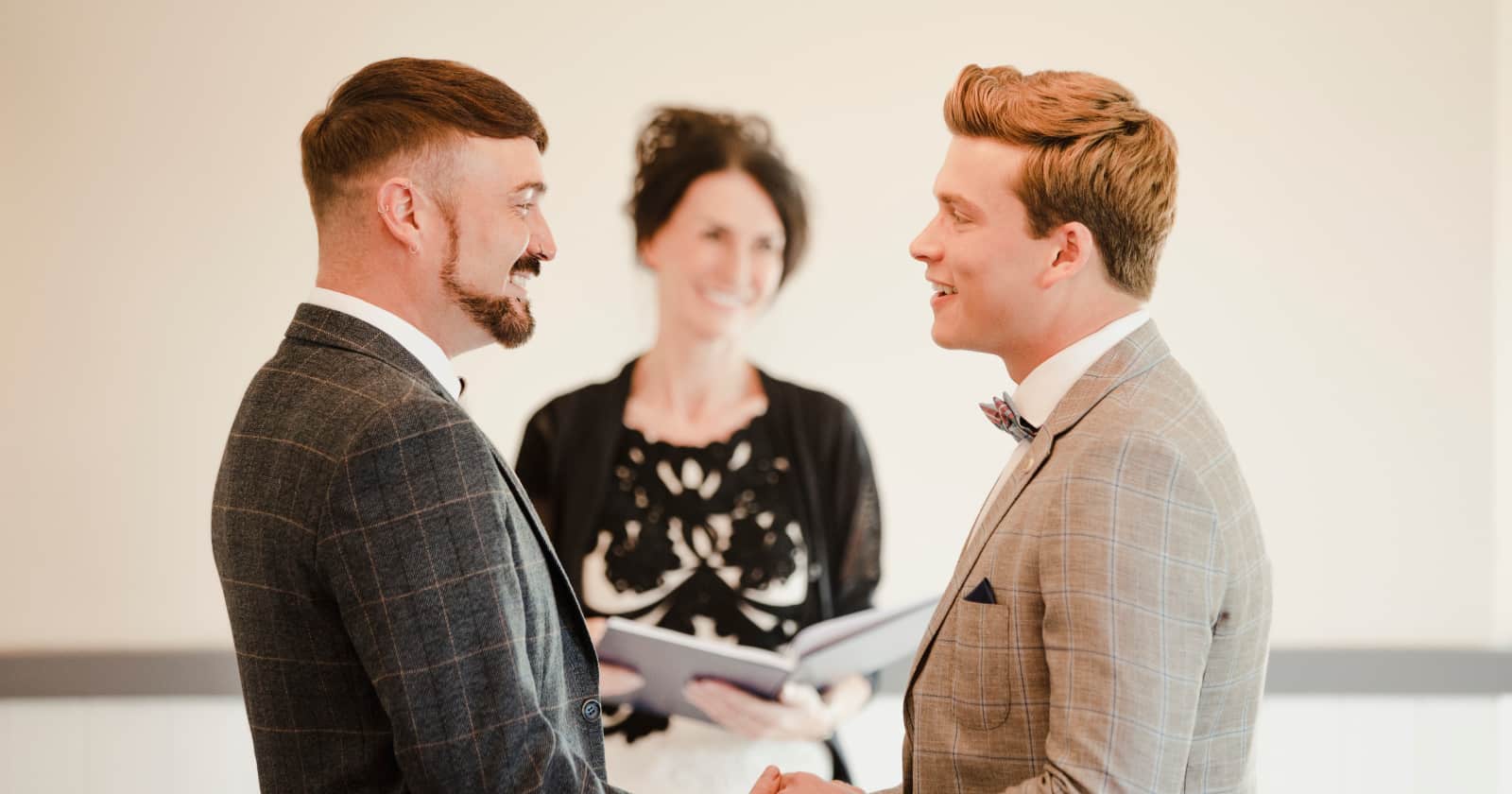 MEXICO CITY, June 24 (Thomson Reuters Foundation) – It only took a year of dating for Greg Borski to realize that his then boyfriend Phillip was the one.

“I just knew I really wanted to spend the rest of my life with him,” Borski said by phone from their home in Texas.

“We wanted to do it right – get married and then have kids,” he told the Thomson Reuters Foundation.

But it took eight years and a landmark U.S. Supreme Court decision in 2015 before the country recognized their union.

“It was like a burden had been lifted,” recalled Phillip Borski, adding that for years, both men feared their parental rights over their three children could be taken away. “We didn’t have to worry about our family.”

On Friday, the LGBT+ community will celebrate five years since that historic decision, but with a sharp conservative turn in U.S. politics, some gay and lesbian couples are worried for the future of hard fought gains such as gay marriage.

“It scares me,” said Greg, of the country’s rightward shift. “There’s always this pushback – they’re slowly chipping away at our rights, a little here, a little there.”

Ever since the election of U.S. President Donald Trump in 2016, LGBT+ rights have come under increasing pressure through both executive order and legal challenge.

In 2017, Trump announced a ban on transgender people serving in the military, and this month, rescinded Obama-era guidelines protecting trans people from healthcare discrimination.

But despite this, gay and lesbian families, as well as LGBT+ activists, worry that same-sex marriage could become a target.

“We both still live in that fearful place,” said Cheralyn Stevenson, who has been with her wife Stacey for 14 years. “It doesn’t matter to us that we’re married…(it) can still be ripped away from us at any time.”

While an outright dismissal of same-sex marriage is considered highly unlikely, legal experts say decisions at state level and in the lower courts, many filled with Trump-appointed judges, could erode protections for gay couples.

“You have the ability to marry but your rights and benefits and obligations within that marriage don’t look the same.

Since the historic 2015 ruling, nearly 300,000 gay and lesbian couples have wed, boosting state and local economies by an estimated $3.8 billion, according to the Williams Institute, a think tank at the University of California.

Support for same-sex marriage has also increased, with more than six in 10 Americans in favor, according to the Public Religion Research Institute (PRRI), against just 36% in 2007.

But approval remains divided across party lines, with nearly three-quarters of Democrats and two-thirds of independents favoring same-sex marriage, versus 47% of Republicans, according to the PRRI’s research.

For the 2020 election, the Republican Party has adopted the same platform as it did for 2016, backing “traditional marriage and family, based on marriage between one man and one woman”.

And despite the Supreme Court ruling, most states continue to carry gay marriage bans on the books, with Republicans in states such as Florida and Indiana blocking attempts to strike down the outdated and ineffectual bans.

‘KEEP UP THE FIGHT’

Meanwhile, the issue of whether religious groups should be able to refuse to serve gay and lesbian couples because of spiritual beliefs has come up several times in federal court.

In 2018, the Supreme Court sided with a baker who declined to make a wedding cake for a same-sex couple, saying it would violate his Christian beliefs.

During its next session, the Court will also hear a dispute over the city of Philadelphia’s refusal to place children with a Catholic agency that bars gay and lesbian couples from fostering.

Even in its latest ruling on workplace discrimination, Justice Neil Gorsuch, a Trump appointee, noted that the Court was “deeply concerned with preserving the promise of the free exercise of religion enshrined in our Constitution.”

“The smaller decisions that are being made…under the guise of religious liberty, every one of those chips away at our marriages,” said Stan Sloan, chief executive of Family Equality, a local LGBT+ rights group.

It’s this fear of going back to second-class citizenship that has made Stacey and Cheralyn determined to speak out.

Before gay marriage was legal, Cheralyn went to court to adopt Stacey’s last name: the judge was ruling mostly on divorce cases, she said, taking 30 seconds with the divorcing couples, whereas she was interrogated for 10 minutes.

“I called Stacey crying, I was hysterical,” she recalled. “You’re giving out divorces like hotcakes, with no questions asked… I’m given the 10th degree like I’m a criminal.”

As for Greg and Phillip, their 11-year-old daughter has become an outspoken advocates for LGBT+ rights, and they’re hopeful others will follow her example.

“We hope the younger generation will not take it for granted,” said Greg. “You gotta keep up the fight.” (Reporting by Oscar Lopez @oscarlopezgib; editing by Lyndsay Griffiths. Please credit the Thomson Reuters Foundation, the charitable arm of Thomson Reuters, that covers the lives of people around the world who struggle to live freely or fairly. Visit http://news.trust.org)