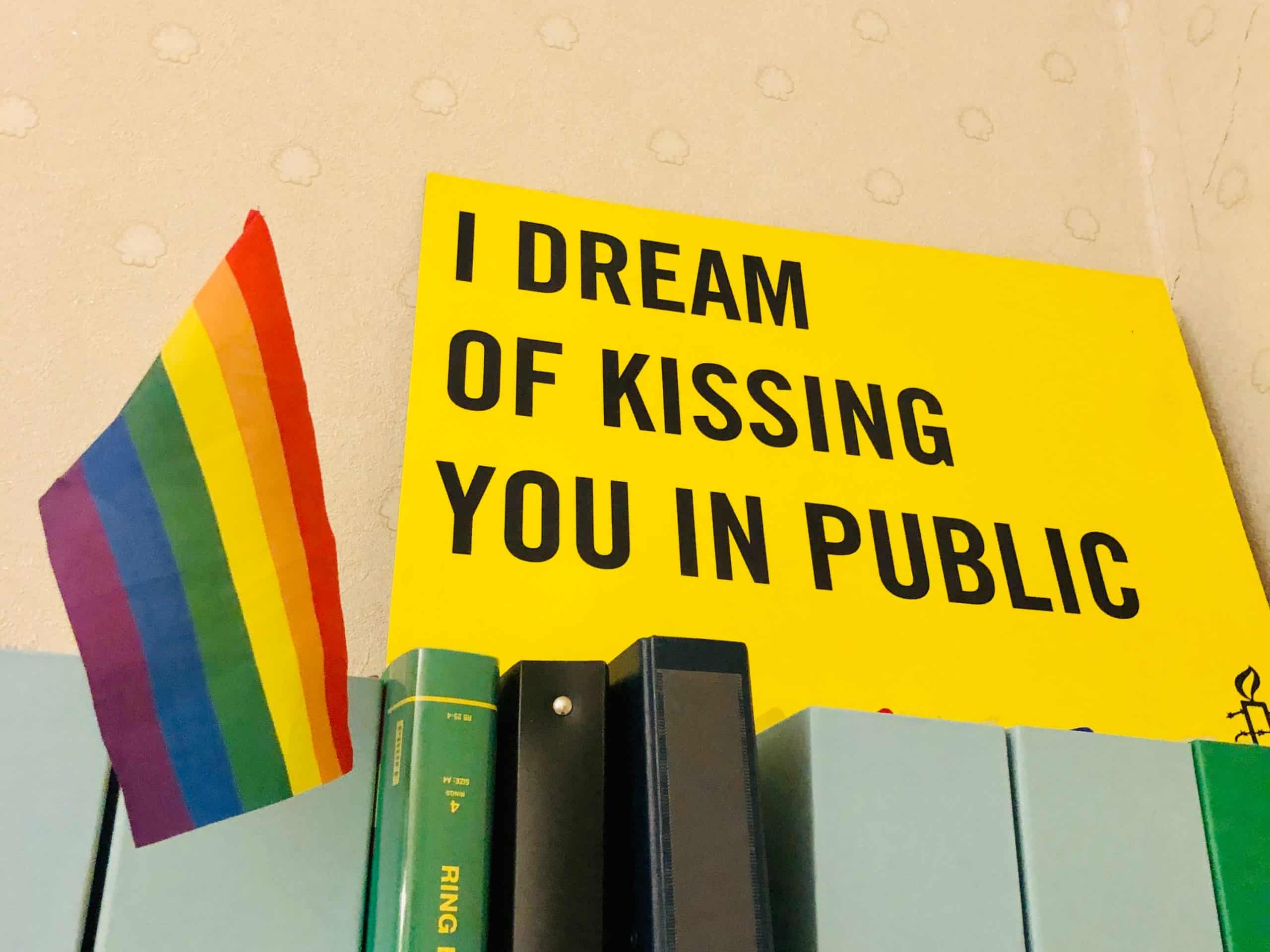 Your long wait for the first LGBT kiss in a Marvel movie is almost over!

After a total of 23 feature films across the Marvel Cinematic Universe, we’re finally getting a same-sex couple.

Read on for the details!

This just in- Marvel’s upcoming film, The Eternals, features the first LGBT kiss in MCU history.

In December 2019, Marvel released the first trailer for The Eternals.

Phastos, played by Brian Tyree Henry is seen holding hands with another man, giving the audience real hints about the action.

The man set to play his husband is Haaz Sleiman.

Although Brian Tyree Henry never talked about his sexuality, Haaz Sleiman stated that he really is gay and completely embracing it.

He’s constantly involved in LGBT events and activities and fully supporting the community.

When Sleiman talked about the most popular kiss, he said for NewNowNext.com

“It’s a beautiful, very moving kiss. Everyone cried on set. For me, it’s very important to show how loving and beautiful a queer family can be”.

In The Eternals, we get to see some of the biggest faces in the industry, such as Angelina Jolie, Salma Hayek and Kit Harrington and the whole action happens after the Avengers: Endgame.

According to IMDB.com, the Eternals will have to reunite against the Deviants who threaten to destroy the galaxy.

Marvel’s search for an LGBTQ actors

This news is not entirely surprising according to thathashtagshow.com. The studios announced they were looking for a new LGTBQ character

“During the press coverage of Ant-Man and The Wasp last year, Marvel Studios President Kevin Feige stated that the studio was working towards bringing a new, LGBTQ character to the mix in the near future. As it turns out, that future is nearly upon us as the studio searches for an actor, 30-49, who “physically looks like a superhero” for one of the film’s leads. While the studio is open to actors of all ethnicity, they would prefer the role to go to an openly gay actor.”

Brian and Haaz are going to be the most beautiful couple in the whole Marvel universe.

The fact that they will be portrayed as a beautiful, happy family is really going to have an impact on how people see the LGBT communities. While this may be the first LGBT kiss in a Marvel movie, hopefully it won’t be the last!

What are your thoughts about the first LGBT kiss in a Marvel movie? Share below!

12 Stunning Gay Wedding Cakes That Are to Die For