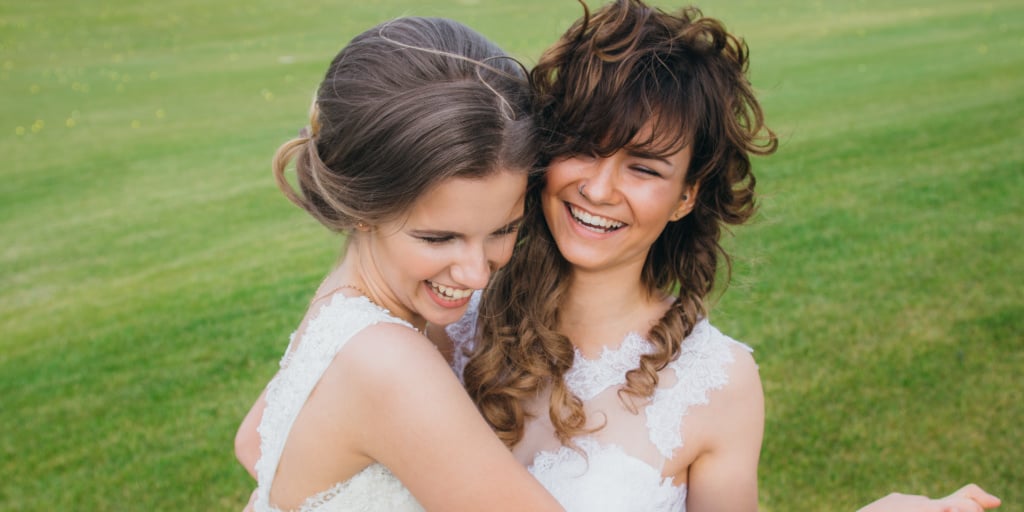 Let’s talk first dance wedding songs for gay couples. Out of all the things you need to plan for your reception, this definitely has to be among the most stressful. You only get one first dance, after all. Because it is a time-honored tradition that is highly cherished, choosing that song should be a special occasion. With that in mind, here are some of our favorites!

[adthrive-in-post-video-player video-id=”qW0FtRkG” upload-date=”Fri Aug 14 2020 00:00:00 GMT+0000 (Coordinated Universal Time)” name=”Epic First Dance Wedding Songs to Consider for Your Gay Wedding” description=”Let’s talk first dance wedding songs for gay couples. Out of all the things you need to plan for your reception, this definitely has to be among the most stressful. You only get one first dance, after all. Because it is a time-honored tradition that is highly cherished, choosing that song for should be a special occasion. With that in mind, here are some of our favorites!”]

We’ll start with our top 10 list- along with videos- then read on for some more great ideas that you may love more.

1. “Time for Miracles” by Adam Lambert

Adam Lambert is a pop singer best known for being the runner-up on Season 8 of the singing competition television series, American Idol. This song is an inspirational power ballad about the possibilities of love and life.

My favorite lyrics- “I just wanna be with you, ‘cause living is so hard to do when all I know is trapped inside your eyes.”

Ben Gibbard is best known as the lead singer of the alternative rock band, Death Cab for Cutie. He did a cover version of the song “And I Love Her” by The Beatles, with his song titled “And I Love Him.” The song appeared on the 2018 Universal Love: Wedding Songs Reimagined, a compilation album of classic wedding songs reworked for same-sex couples.

My favorite lyrics- “I give him all my love, that’s all I do. And if you saw my love, you’d love him too.”

3. “What A Beautiful Day” by Brett Every featuring Belinda Crawford

While folk singer Brett Every may not be one of the most popular singers, this song was written in 2012 to support same-sex marriage rights. The song became popular, on YouTube, among the LGBT communities with its simple lyrics and melody. The song is about the wedding ceremony between two men.

My favorite lyrics- “Your father said, while giving his toast, that, ‘Of all my beliefs, I believe in love most.’”

Culture Club is an English rock band featuring Boy George on lead vocals. The song is from their 1984 album, Waking Up With the House on Fire.

Cyndi Lauper is an actress, pop/rock singer and activist. This 1986 song has become an anthem for the LGBT community. In 2007 & 2008, Lauper embarked on the True Colors Concert Tour, which supported the Human Rights Campaign, the Matthew Shepard Foundation and PFLAG (formerly known as Parents & Friends of Lesbians & Gays).

Elton John is an English pop singer and pianist. This song comes from his 1970 self-titled 2nd studio album.

My favorite lyrics- “I know it’s not much, but it’s the best I can do. My gift is my song, and this one’s for you.”

7. “I Still Love You” by Jennifer Hudson

Jennifer Hudson is an actress, singer and philanthropist, often referred to as “The Princess of Soul.” In 2015, she teamed up with Human Rights Campaign, Logo TV, MTV and W. Hotels to create the music video for “I Still Love You.”

The video features a father coming to terms with his son’s gay wedding, when he jumps in his pickup truck to attend the ceremony in Los Angeles, complete with Jennifer Hudson singing and a wedding party that includes Claudia Charriez, an actress, model and LGBT activist, Leisha Hailey, an actress and musician, Manila Luzon, a drag queen and reality television personality and Shaun Ross, an actor and model.

My favorite lyrics- “He’s everything I need. I still love you. You make my life complete.”

My favorite lyrics- “Every endless night has a dawning day. Every darkest sky has a shining ray. And it shines on you baby can’t you see, you’re the only one who can shine for me.”

9. “So Beautiful” by Darren Hayes

Darren Hayes is best known as the lead singer of Savage Garden (see below), from 1994 until they disbanded in 2001. Hayes wrote this song for his then-boyfriend, British animator Richard Cullen, whom he married three times.

My favorite lyrics- “And if all the world was smiling, I would only ever want to see your frown. You know they can sail away in sunsets; we’ll be right here stranded on the ground.”

Savage Garden is an Australian pop duo consisting of Darren Hayes (vocals) and Daniel Jones (instruments). This 1999 song, a ballad about intuitive and inevitable love, is the 2nd single from their 2nd studio album, Affirmation.

If none of them get your heart thumping with joy, keep reading for more ideas!

All of these songs are either totally gender-neutral, so they’re perfect for all LGBTQ weddings.

With these diverse ideas, you shouldn’t have a problem finding the perfect first dance song for your wedding!

What are some of your favorite first dance wedding songs for gay couples? Share below!