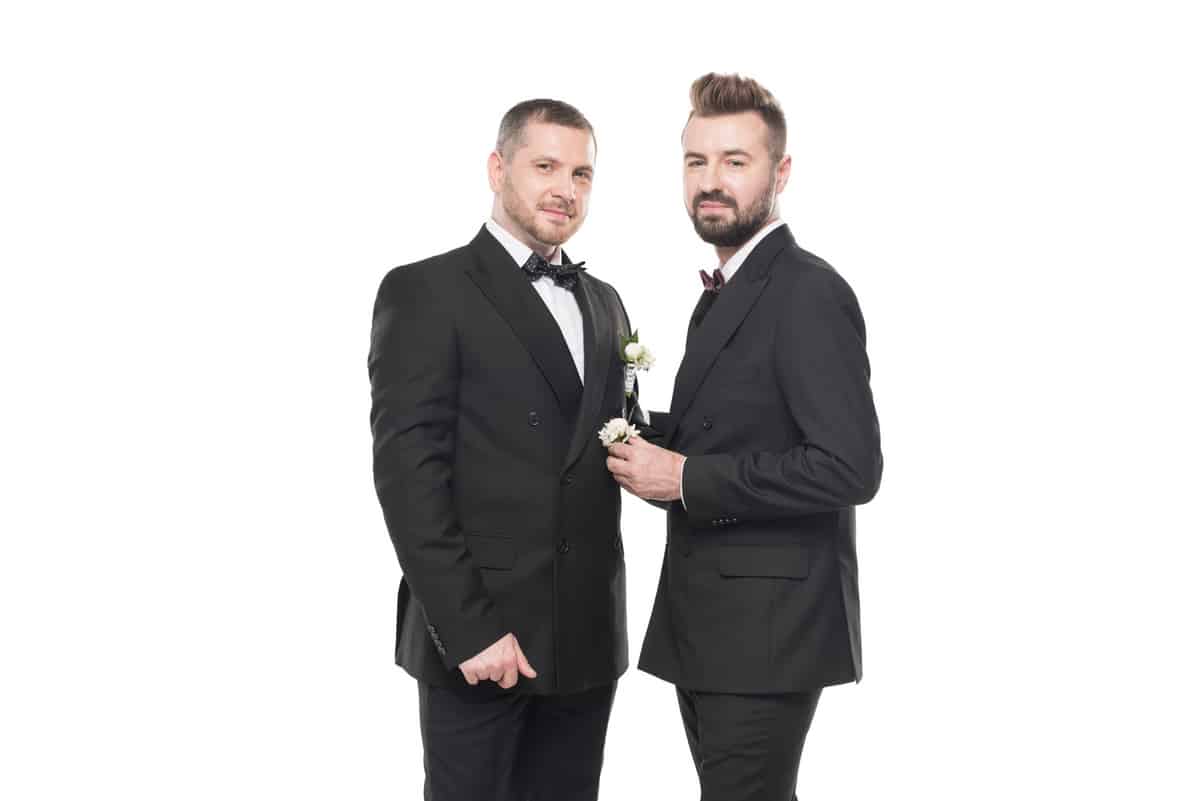 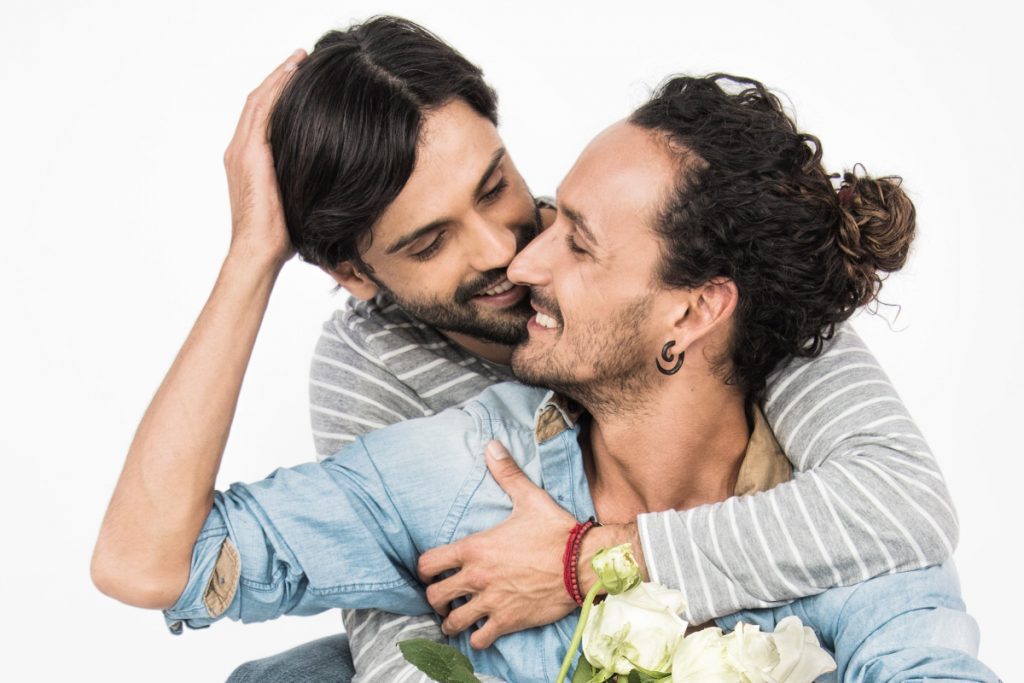 Yesterday, we talked about how Biden’s victory could help keep the future of same-sex marriage looking brighter, especially after these last four dark years. The fight is far from over, though. If the Senate hangs on to their majority, Biden faces an uphill battle, especially with the Equality Act. Read on to learn more.

Can Biden convince enough Republicans to back the federal LGBTQ+ protections he promised?

Originally published by The 19th

We’re the only newsroom dedicated to writing about gender, politics and policy. Subscribe to our newsletter today.

On May 14, 1974, Rep. Bella Abzug, a feminist icon in women’s rights movement, introduced one of the most important pieces of civil rights legislation ever ignored. It had just one co-sponsor.

The 10-page bill never moved out of committee. Had it passed, it would have amended the Civil Rights Act of 1964 to prohibit discrimination on the basis of sexual orientation. It was called the Equality Act.

The bill’s modern iteration moved closer to passage with Joe Biden’s projected win on November 7. But maybe not close enough.

Biden has vowed to pass the Equality Act within his first 100 days in office, an unexpected commitment as the country battles the coronavirus pandemic.  To do that, however, he will need the backing of a sharply partisan Senate. The bill easily cleared the Democrat-dominated House last year. Its chances of surviving the Senate, where it looks like Republicans will maintain control, is questionable.

“Unfortunately, I think because of that, we have not passed the Equality Act yet,” Johnson said. “I think people take for granted that there are gay people on TV and queer people running for office and TV shows about trans women, that somehow we have broken the ceiling.”

But just 22 states and Washington, D.C., have housing protections on the books that cover gender identity and sexual orientation, and 21 states and D.C. have LGBTQ+ public accommodation laws. The Movement Advancement Project, an LGBTQ+ group that tracks protections nationwide, estimates that just under half of LGBTQ+ Americans live in states that shield them from being denied service in restaurants, bars and hotels.

The latest iteration of the Equality Act would change that. It bars discrimination on the basis of sexual orientation and gender identity in housing, public accommodations, education and employment, among other things.

“It cuts off the need to continue to litigate, whether all federal sex discrimination laws provide protections to LGBTQ people,” said Sarah Warbelow, legal director at the Human Rights Campaign.

For years, any significant gains for LGBTQ+ rights have been through the courts.

Democratic control of both the White House and Congress is seen as the most friendly scenario for the Equality Act. But in 2009 and 2010, when Democrats held a supermajority in Congress and Barack Obama was in the White House, there were still no legislation passed granting civil rights to LGBTQ+ people.

But the overturning of sodomy laws, the passage of marriage equality, nationwide employment protections — all came through the courts.

Jenny Pizer, law and policy director for Lambda Legal, said there is a reason why LGBTQ+ advocates invested so heavily in advancing equality through litigation.

“Movements about the rights of a minority group, at least in the past, have depended in particular ways on court action,” she said. “The courts are supposed to be enforcers of minority rights and other constitutional rights, including free speech, freedom of assembly and other freedoms guaranteed to us.”

That includes a person’s rights against their own government, she added.

The 1970s, which saw the introduction of the Equality Act, were not easy for LGBTQ+ people. Throughout the decade, more than half of states still had sodomy laws on the books, the last of which were overturned in 2003 by the Supreme Court.

Still, LGBTQ+ advocates gained ground on other issues with a pace that other movement leaders marveled at. The Stonewall Rebellion — a riot against police brutality and homophobia in New York in 1969 — marked the start of the modern LGBTQ+ rights movement. In 1982, Wisconsin became the first state to ban discrimination based on sexual orientation. In 2015, the Supreme Court granted couples of all genders the right to marry. In courts across the country since, transgender students like Gavin Grimm have fought and won for the right to use a restroom that aligns with their gender. This June, the Supreme Court ruled LGBTQ+ people are protected against workplace discrimination.

None of those gains would match the significance of a modern-day Equality Act, advocates say, not because they aren’t important, but because the act rolls a patchwork of court wins into one federal law.

“Unfortunately, I feel like we shortcut ourselves when we talk about marriage, because it’s all of the things that come with marriage,” said Johnson. “What was underneath marriage was all the ways that LGBTQ people were actually not considered a part of family because of how family is defined by marriage, particularly in this country.”

While the Supreme Court ruled in favor of LGBTQ+ workplace protections in the Bostock v. Clayton County case in June, the Trump administration has shown few signs of enforcing the law. The ruling, delivered by conservative Justice Neil Gorsuch, also came with a caveat: some employers sincerely object to hiring LGBTQ+ people, he said. That statement signals that the court is eager to take up the issue of religious exemptions on LGBTQ+ protections, possibly rendering the ruling substantially less effective.

It’s that very issue, the suggestion that equality for gay and trans people in public life threatens religious freedom, that LGBTQ+ rights advocates have been unable to overcome in securing congressional support for the Equality Act, said Johnson.

“I don’t know, somehow we became the anti-Christ,” Johnson said, laughing. “But I think it becomes really powerful to have progressive or even moderate religious leaders who can speak to the importance of civil rights for queer people and talk about this as not just [something] they believe despite their faith, but because of their faith.”

Data increasingly shows that Republican voters back LGBTQ+ equality. The Human Rights Campaign polled voters in swing states and found that even among Trump voters, the majority of Americans backed transgender access to health care. Still, many Republican lawmakers who say they back equality for marginalized groups see LGBTQ+ rights in particular as inevitably at odds with religious liberty.

As long as that’s the case, the votes for the bill just don’t add up to the 60 it needs to pass.

“We feel like if we brought the bill to the floor, even in the current senate, we could get the votes to get to 51,” said Stacy. “Whether we can get 60 is a different question.”