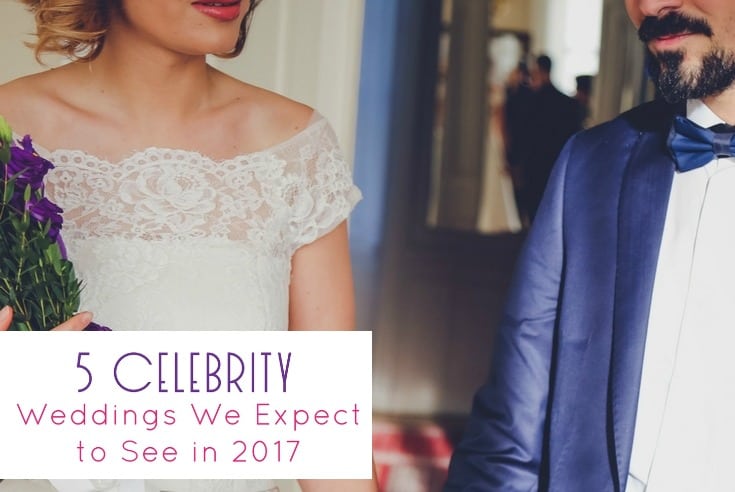 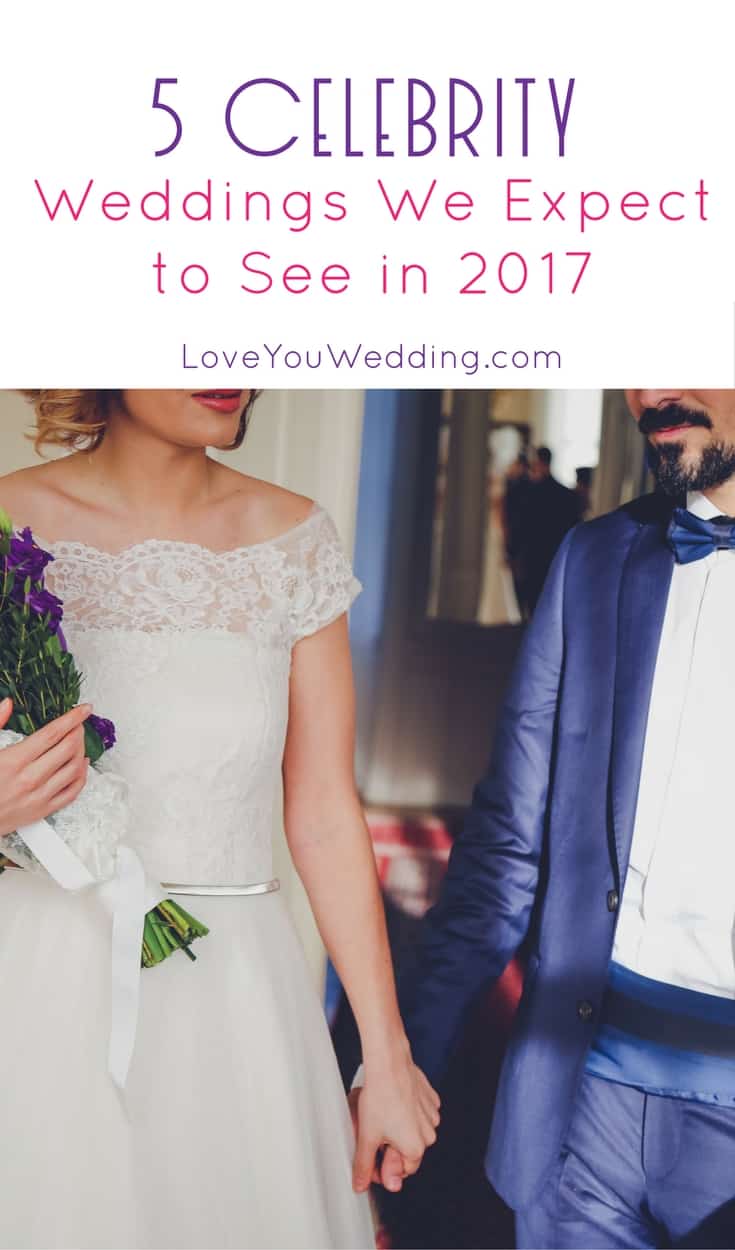 Wondering which celebrity weddings you should expect to see in 2017? We love our celebrities! We also love our favorite celebrity couples featured on the red carpet or at lavish Hollywood parties. While there are quite a few celebrity couples who are currently engaged, there are some that we expect to walk down the aisle this year. Let’s check them out!

Celebrity Weddings We Expect to See in 2017

Kate is a Sports Illustrated swimsuit model, who has also graced the covers of magazines such as Vogue, Vanity Fair and Elle. Justin is MLB professional pitcher for the Detroit Tigers, with whom he made his MLB debut in 2005. The couple started dating in July of 2012, split briefly in 2013, rekindled their relationship in July of 2014 and announced their engagement on the red carpet of the Met Gala in 2016. Kate sported her 8-carat diamond ring, said to be worth about $1.5 million. No wedding date has been announced as of yet.

Victoria Secret model, Miranda Kerr and Snapchat CEO/Co-Founder, Evan Spiegel, began dating in June of 2015 and announced their engagement on Instagram on July 20, 2016. Kerr was previously married to actor Orlando Bloom, from 2010 to 2013, with whom she has a son, Flynn, born in 2011. Miranda’s engagement ring is 2.5 carats, with a price tag of around $100,000.

Professional dancer, Julianne Hough and professional hockey player with the Toronto Maple Leafs, Brooks Laich, announced in February of 2014 that they had been dating since December of 2013. The couple announced their engagement on August 18, 2015. The couple was set up on a date by actor Teddy Sears, who co-starred with Hough in the 2015 movie Curve. Laich gave Hough a 7-carat diamond ring, designed by Lorraine Schwartz.

Actress Laura Prepon and actor Ben Foster began dating in July of 2013, announced their engagement on October 7, 2016 and announced they were expecting their first child, the fall, in January of 2017. Prepon is best known for her role as Donna Pinciotti on the TV show That 70’s Show, from 1998 to 2006 and currently plays the role of Alex Vause on the Netflix Original Series, Orange is the New Black. Foster played the role of Charlie Prince in the 2007 movie 3:10 to Yuma and Tanner Howard in the 2016 movie Hell or High Water.

Are there any other celebrity weddings you are expecting to see happen in 2017? Share below!

5 Beautiful Wedding Customs From Around The World