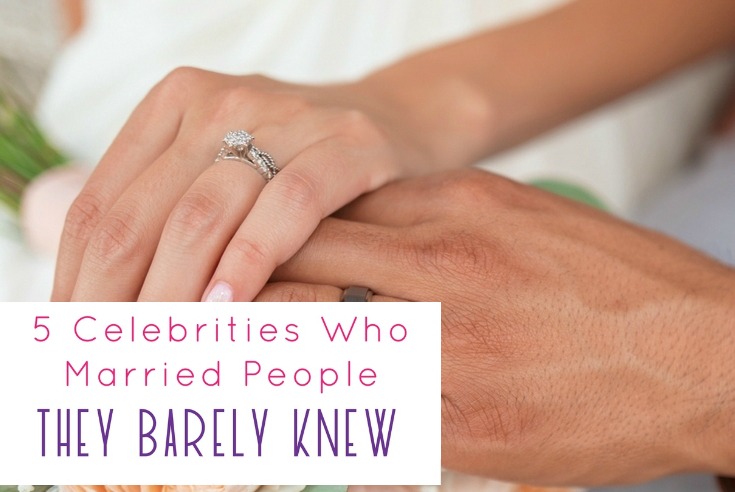 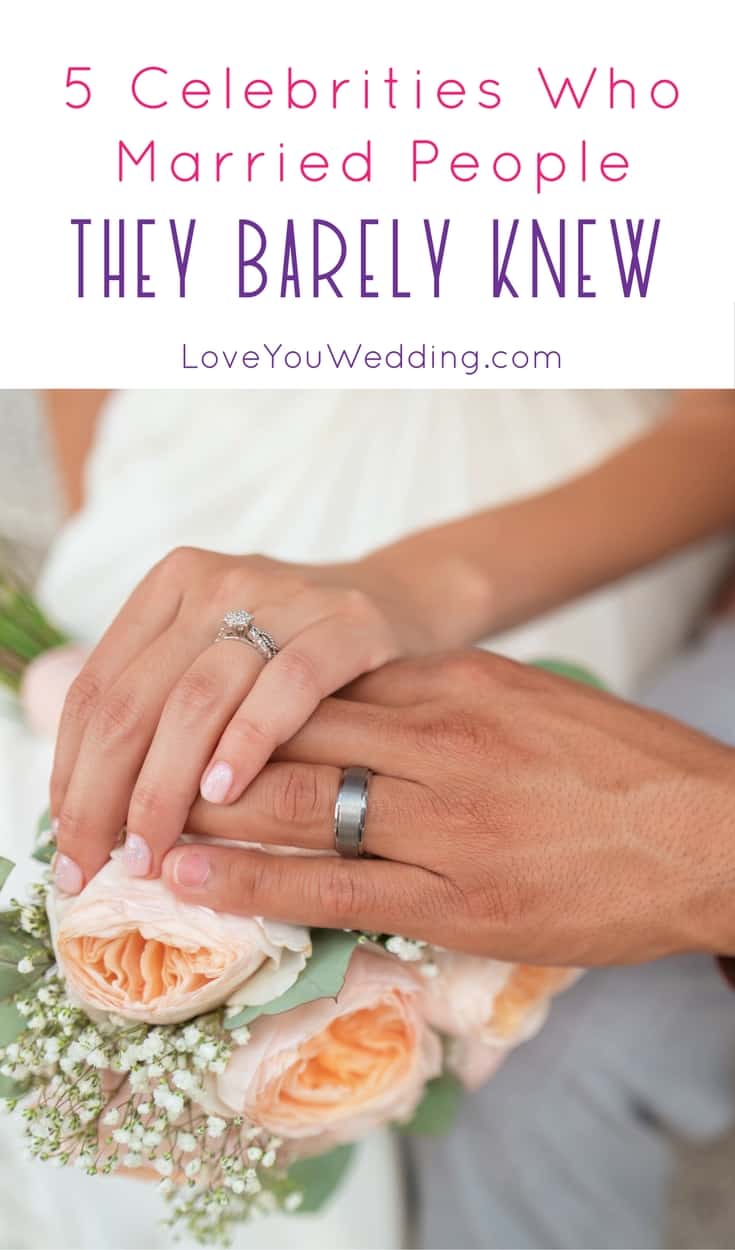 While there aren’t many of us that would get married a month after meeting someone, there are some celebrities out there who have. In fact, some celebrity couples, like Pamela Anderson and Tommy Lee, that only knew each other 4 days before they got married! Do these types of whirlwind romances work out? Check out these celebrities who married people they barely knew and find out where they are now!

Rapper, actor and television personality, Nick Cannon and singer Mariah Carey eloped on April 30, 2008 in the Bahamas, at her private estate on Windermere Island, after only a month of dating. Cannon filed for divorce in December of 2014, which was finalized in October of 2016. The couple has twins: Monroe and Moroccan, who were born in 2011.

Actor Nicholas Cage met waitress, Alice Kim, when she was only 19 years old, working at Kabuki Restaurant in Los Angeles, California. They began dating in May of 2004 and were married just two months later, on July 30, 2004, at a private ranch in Northern California. The couple separated in January of 2016, after 12 years of marriage.

A lot of people don’t even know that actress Julia Roberts was married to country singer, Lyle Lovett. One reason for that is likely the fact that the couple only dated for 3 weeks before they were married on June 25, 1993 at St. James Lutheran Church in Marion, Indiana. The marriage lasted less than two years, as the couple divorced in the middle of 1995.

Actress Pamela Anderson and Motley Crue drummer, Tommy Lee, dated only 4 days before they tied the knot in Cancun on February 19, 1995. The marriage only lasted 3 years, since the couple divorced in 1998. They had two sons together: Brandon Thomas was born in 1996 and Dylan Jagger was born in 1997.

Child actor Danny Bonaduce met Gretchen Hillmer on a blind date on November 4, 1990. So, when did these two get married? November 4, 1990. Yes, the couple married the same day they met. Surprisingly, the couple stayed married for 16 years, before divorcing on April 9, 2007. The couple have two children together: Isabella, born in 1994 and Dante, born in 2001.

Do you know of any other celebrities who married people they barely knew? Share below!

How To Keep A Conversation Going At A Wedding

6 of the Best Flowers to Include in Your Summer Wedding

10 thoughts on “Celebrities Who Married People They Barely Knew”