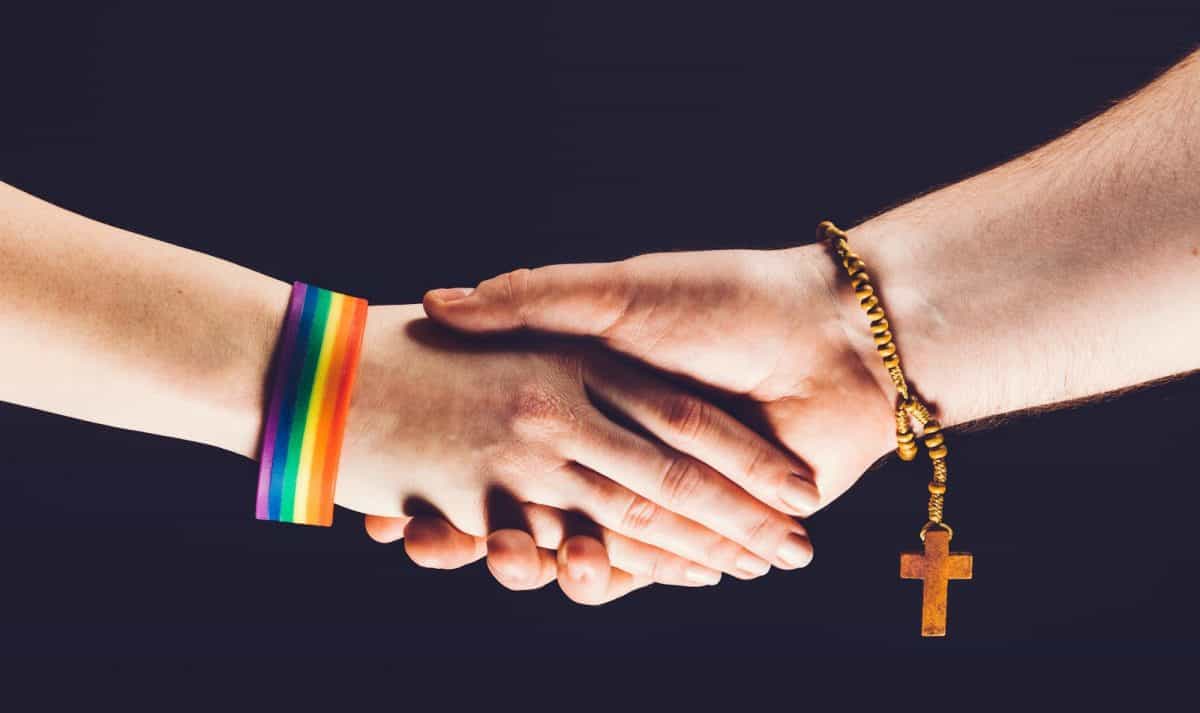 A whopping 61% of US Catholics support same-sex marriage, according to Pew Research Center studies over the last few years. Read on to learn more, plus see where Catholics in other countries stand on marriage equality.

When Pope Francis made headlines-and history- last month by endorsing same-sex civil unions, he shocked both staunch supporters and casual observers alike. After all, his predecessor, Former Pope Benedict XV, also made headlines earlier this year for his scathing attack on gay marriage. The Vatican itself has always been against any sort of legal recognition of same-sex marriages.

How do members of the Catholic church feel about it, though? Pew Research Center released the results of a series of surveys from recent years on the topic (they don’t currently have one for 2020 yet). The surveys specifically asked about same-sex marriage, rather than just civil unions.

According to a 2019 survey, 6 out of 10 (61%) of Catholics in the United States who responded to the survey favor allowing gay and lesbian couples to marry. That same survey found the “white mainline Protestants” also favor marriage equality (66%). The only religious group that came out firmly against it are white evangelical Protestants (63% are against it).

When asked whether society should be accepting of homosexuality, Pew Research Surveys showed the the majority of Catholics throughout the Americas were in favor of it. In fact, 87% of Canadian Catholics and 76% of those in the US said “yes.” Argentina (80%), Mexico (72%), Brazil (71%) also see a majority of Catholics supporting society’s acceptance of gay and lesbian couples.

How do Catholics in other countries feel about marriage equality?

Support for same-sex marriage among Catholics vary throughout the world, according to Pew Research surveys. In 2019, majorities of Catholics throughout Western Europe support it. 92% of Catholics in the Netherlands, 78% of the United Kingdom, 74% of France, and 70% of Germany are in favor of marriage equality. Netherlands was the first European nation to legalize gay marriage, and the majority of Western European nations followed suit over the years.

While Catholics in the Americas and Western Europe are largely supportive of marriage equality, the same isn’t true for their counterparts throughout Central and Eastern Europe. In fact, 90% of Ukraine Catholics, 66% of those in Hungary, and 62% of those in Poland feel it should be illegal. Most of these nations have blanket bans on same-sex marriage. They don’t even allow legal civil unions.

Support for marriage equality wanes significantly throughout Africa and the Middle East. Not only do Catholics in these nations oppose any sort of legal civil union, many feel that society shouldn’t even accept homosexuality at all. For example, in Nigeria, 91% are against it, while 84% of Catholics in Lebanon and 80% of those in Kenya said “no.” So, while it seems that Catholics in nations that already took steps to legalize same-sex unions are mostly in favor of marriage equality, those in nations that stand firmly against it tend to echo their leaders.

While the Catholic church as a whole still has a long way to go before they fully respect the rights of their LGBTQ members, these surveys do show that the majority of members are heading in the right direction.

What do you think about the survey showing that the majority of US Catholics support same-sex marriage? Share below.