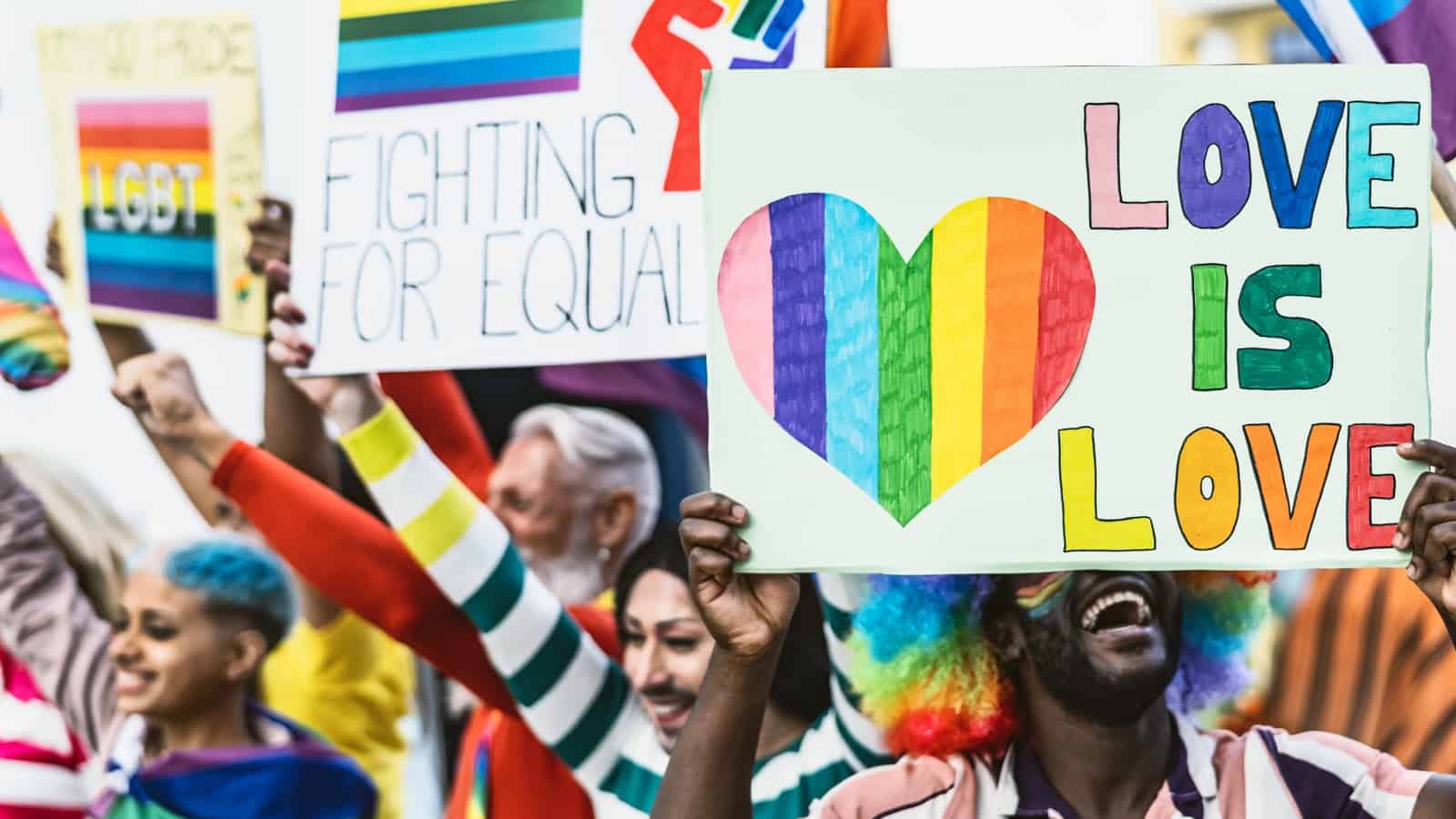 This weekend is Pride Weekend, one of the year’s busiest days for the Stonewall Inn in NYC, but Anheuser-Busch beer won’t be a part of it. The landmark LGBTQ bar banned Busch from their menu in protest of the company’s support for lawmakers who support bills that harm the LGBTQ community (including several bills that hurt transgender youths). Read on for the full story.

Pride Month may be winding down, but it’s going out in style with one big epic party! NYC Pride Weekend, of which the Stonewall Inn is a major fixture and destination, kicks off with a virtual rally on Friday, June 25th, and continues through Sunday, June 27th. While much of it is, once again, online instead of in-person (due to COVID-19), the iconic Inn will be open for business to at least some celebrators. They’re hosting a Vaxxed Pride Party for vaccinated customers (or those with a negative rapid test).

DJ Kim Dazy will be spinning tunes, Go-Go Dancer ELAINA will strut their stuff, and Mixologists Mel & Mike Salinari will be serving up tasty cocktails. However, there’s one popular drink that won’t be flowing freely: Budweiser…or anything else made by the Anheuser Busch company.

Stacy Lentz and Kurt Kelly, co-owners of the bar, announced the ban last Friday in support of Corporate Accountability’s campaign, #KeepYourPride, which exposes companies who make it seem like they support the community while secretly (or sometimes not-so-secretly, even) contribute to politicians who support anti-LGBTQ legislation. As Lentz told USA Today,

“When we heard that Anheuser Busch gave tens of thousands to lawmakers behind legislation targeting trans people we were horrified. How can a company claim to support our community in one breath and then support people who attack us in another?”

According to an Anheuser Busch statement, the company claims that it’s “focused on making a positive and lasting impact when it comes to issues of equality.” They also said, “”We support candidates for public office whose policy positions and objectives support investments in our communities, job creation and industry growth.”

Turns out, that includes candidates who push discriminatory bills. Using data compiled by the National Institute on Money in Politics’ database, Corporate Accountability discovered that Anheuser-Busch made “48 donations totaling $35,350 to 29 anti-LGBTQ legislators.”

So far, 337 such bills were introduced just in the first 6 months of 2021 alone. Of those, 75 aim to block transgender youth from playing sports and 45 attempt to bar them from medical care. Meanwhile, Republicans in senate continue to block the passage of the Equality Act, which would mitigate at least some of the harm caused by these discriminatory bills.

As Stacey Lentz said, a company can’t pretend to support to the community in one breath, then help anti-LGBTQ candidates get into office in another.

What do you think about The Stonewall Inn banning Anheuser-Busch from Pride Weekend? Share below.