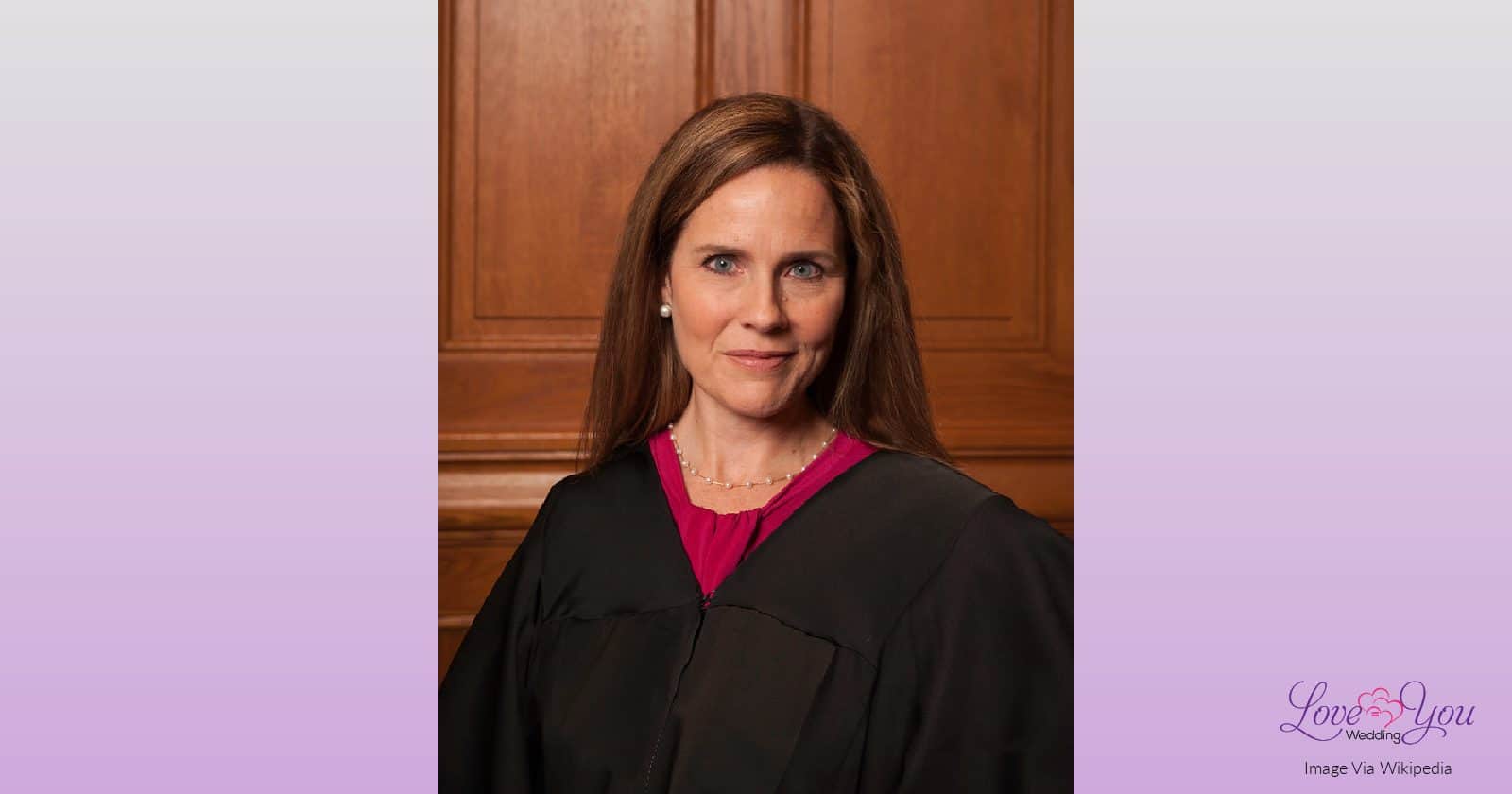 What does Trump’s choice of Amy Coney Barrett for the next Supreme Court Justice mean when it comes to LGBTQ rights and women’s rights? Given the young judge’s ultra-conservative views on both, “catastrophe” is the first word that comes to mind. Read on for the full story.

Table of Contents: hide
1) Amy Coney Barrett Could Prove Catastrophic for LGBTQ Rights
2) Trump Chooses RBG’s Polar Opposite as Next Supreme Court Justice
3) Barrett says legal careers should be “a means to the end of serving God.”
4) But what does this mean for LGBTQ rights?

Remember last week, when Allison Jones Rushing (a judge with ties to anti-LGBTQ hate groups) was the presumed frontrunner for Trump’s new Supreme Court Justice pick, and we talked about how bad that would be for same-sex marriage rights? Well, his final pick, Amy Coney Barrett, makes Rushing look downright liberal, and yes, that’s as scary as it sounds. Let’s talk about why.

First, please note, this is an opinion piece. It’s a well-formed opinion based on research and facts, but an opinion nonetheless. I am not a lawyer. If you have concerns regarding what Barrett’s installation on the Supreme Court could mean for your same-sex marriage rights, please discuss them with an actual lawyer. Now is the time to be proactive and make sure your family is prepared for any possibility.

Trump Chooses RBG’s Polar Opposite as Next Supreme Court Justice

If Donald Trump wanted to choose a woman who stands in direct opposition of everything Ruth Bader Ginsburg believed in, he succeed with Amy Coney Barrett. Where RBG championed LGBTQ rights, Barrett would see marriage redefined as a union between a man and a woman, period. Where RBG opened doors for women, Barret would see them slammed shut and deadbolted for all those who come after her. After all, in her own words, “women are by nature manipulative” and “insincere.”

“Women are by nature manipulative. This is one of the effects of Original Sin on them. The wise husband will factor this into his relationship with his wife, recognizing that much of what she does is insincere.” 🤦🏻‍♀️https://t.co/eP7LcEMdku

Barrett’s membership in the Indiana religious group, People of Praise, is a major source of concern. While the group claims to be primarily a Catholic covenant community, Mother Jones explains that its practices “draw more from fundamentalist and evangelical Christianity than the Vatican.” Among them, women must submit to their husbands. In fact, up until Hulu televised and popularized Margaret Atwood’s novel, The Handmaid’s Tale, the women of the cult referred to themselves as Handmaids. Today, they call themselves “women leaders.”

Conservatives claim that questioning Barrett’s religious beliefs should be off limits during the confirmation hearings. However, given the severe, strict, secretive, and authoritarian nature of People of Praise, her religious beliefs could play a significant role in how she votes on key issues, such as abortion rights and gay marriage.

In particular, the Senate Judiciary Committee should be prepared to ask to examine any covenant—a solemn contract binding before God—that she signed in the course of becoming a full member of People of Praise. Doing so will protect, not erode, America’s foundational value of religious liberty.

Barrett says legal careers should be “a means to the end of serving God.”

While Barrett has claimed in the past that her religious beliefs would not “bear in the discharge of my duties as a judge,” she’s also told Notre Dame Law School graduates,

Always keep in mind that your legal career is but a means to an end, and…that end is building the kingdom of God.”

Faggioli goes on to say that the first-person accounts of former members of groups like People of Praise are even more troubling.

Former members of covenant communities have described top-down spiritual direction and control of members’ life decisions, including career choices and whom to marry.

According to the Guardian, former member Adrian Reimers described his “grave concern” about how the lives of People of Praise members were “not his or her own” and how “all one’s decisions and dealings become the concern of one’s head, and in turn potentially become known to the leadership”

So, yes, given that she’s said herself that legal careers are a means to an end of serving god, her religious beliefs are fair game during the confirmation hearings. Without knowing exactly what promises Barrett has made to her church and her “leaders,” it’s almost impossible to estimate the damage she could do to the LGBTQ community and women’s rights. As Faggioli says, important questions that need answering include,

To whom has Barrett made a vow of obedience? What is its nature and scope? What are the consequences of violating it?

But what does this mean for LGBTQ rights?

Given the nature and beliefs of Barrett’s religious sect, it’s not difficult to figure out what her installation on the Supreme Court could mean for the future of women’s rights. There’s a reason The Handmaid’s Tale is trending so hard right now. What does all of this mean for LGBTQ rights, though? The group’s handbook states that any sex outside of marriage is not part of “God’s plan for human sexuality.” As for marriage itself, it states,

“We understand marriage to be a legal and committed relationship between a man and a woman and believe that the only proper place for sexual activity is within these bounds of conjugal love.”

The big question is, could Barrett use her position to overturn existing LGBTQ rights, including marriage equality rights? According to The Slate, Senate Minority Leader Chuck Schumer warned that Barrett’s confirmation “would cement the court’s ‘far-right majority” and “could also turn back the clock on women’s rights and a woman’s right to choose, workers’ rights, voting rights, civil rights, LGBTQ rights, environmental protections and more.”

Senator Mazie Hirono tweeted out a long thread regarding her thoughts on Amy Coney Barrett. Among them:

Barrett has an ideological agenda she won’t acknowledge and an expressed willingness to overturn Supreme Court precedent.

Her agenda poses a direct threat to health care, a woman’s right to control her body, the rights of LGBTQ Americans, and other individual and civil rights.

So while I can’t tell you exactly what Barrett’s installation onto the highest court in the nation means for LGBTQ rights, women’s rights, and basic human rights in general, based on what we’ve seen and learned about her so far, it can’t be anything good. As Vox explains, there are a number of LGBTQ cases coming before the Supreme Court just before and after the election, including one that will determine whether adoption agencies can discriminate against same-sex couples. Barrett has already defended opponents of the Obergefell decision and stated transgender protections should be “reviewed by lawmakers.”

Kamala Harris chimed in with an important reminder as we head into the heart of election season:

What do you think about Trump’s choice to replace RBG? Do you think Amy Coney Barrett could spell catastrophe for LGBTQ rights? Share your thoughts below.

15 Beautiful Lesbian Wedding Songs To Walk Down The Aisle