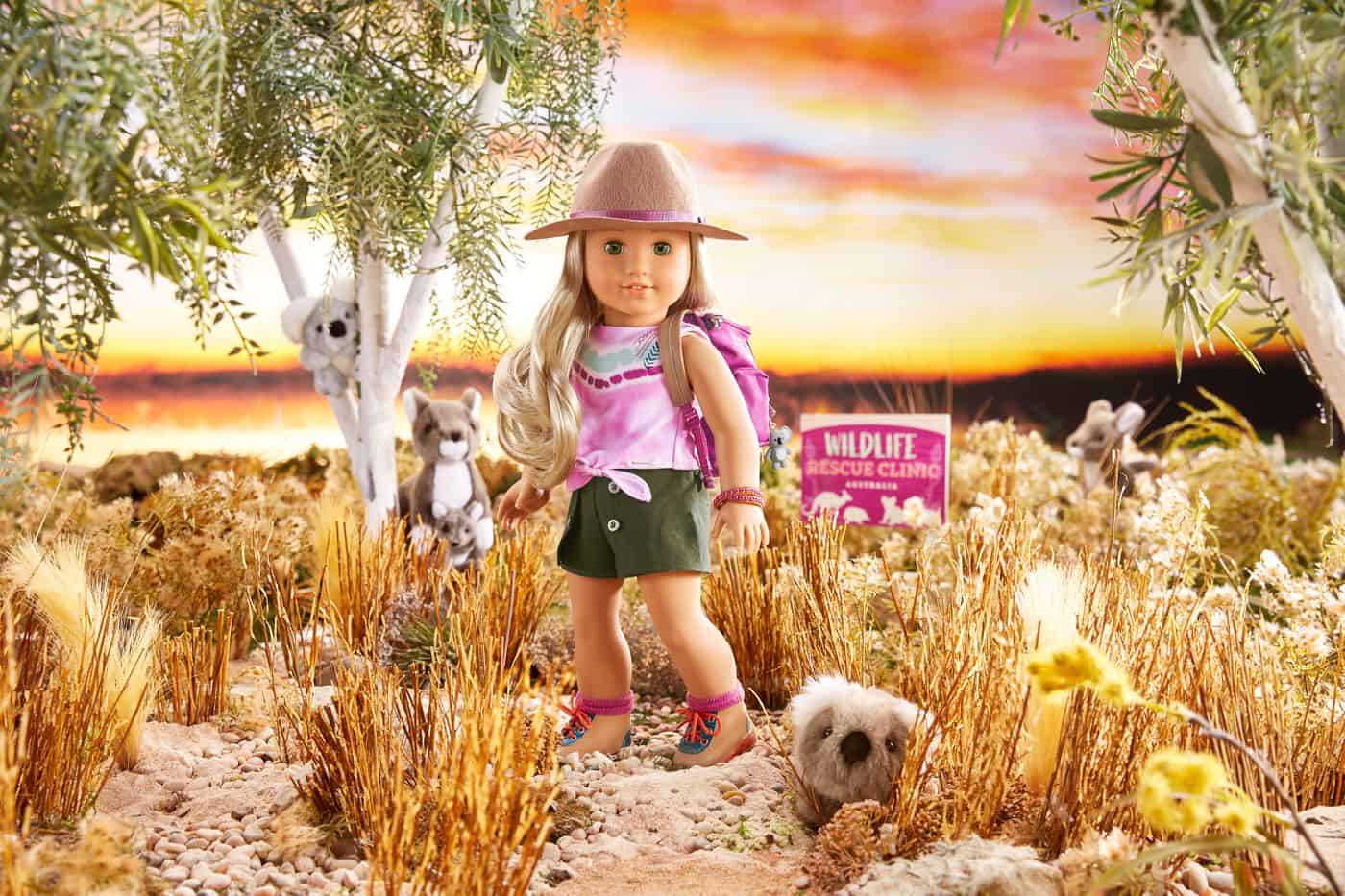 One Million Moms is at it again, this time throwing an Australia-sized tantrum over an American Girl doll with lesbian aunts. The homophobic hate group launched a petition calling for American Girl to ditch the storyline behind Kira Bailey, the company’s “2021 Girl of the Year.” Read on for the full scoop.

Less than a week after calling for a boycott of eHarmony for their ad featuring a lesbian couple, One Million Moms now takes aim at  an American Girl doll with lesbian aunts. Mattel- American Girl’s parent company, debuted Kira Bailey as their “2021 Girl of the Year,” at the end of 2020, according to the Star Observer.

If you’re not familiar with the American Girl line, each doll comes with a rich backstory (usually told through an accompanying book). In Kira Down Under, children meet the Girl of the Year and learn about her passion for saving wildlife from climate change. She visits her great aunts in Australia, where they run an animal sanctuary. Through Kira’s story, we learn the lesbian couple wed after “the law was changed to allow it,” referencing Australia’s legalization of same-sex marriage.

Conservative parents are outraged! American Girl released its first doll with an accompanying book that has an LGBTQ storyline. This is unacceptable!

After a bit of ranting about how “Christians” know that just because something is legal doesn’t mean it’s moral, they add,

Why can’t the toy manufacturer let kids be kids instead of glamorizing a sinful lifestyle? American Girl is confusing our innocent children by attempting to normalize same-sex marriage…

This irresponsible storyline is dangerous to the well-being of our children. American Girl should avoid aiming to please a small percentage of customers while pushing away conservative customers…

We must remain diligent and stand up for biblical values and truth. Scripture says multiple times that homosexuality is wrong, and God will not tolerate this sinful nature.

As with all One Million Moms boycotting campaigns, the rant ends with a call to “take action” by signing their petition.

One Million Moms uses phrases like “social agenda” and  “culture war,” like a rallying cry, insinuating that the right to marry for love- regardless of gender- is nothing more than one “culture” trying to exert its will on others. It reads,

I’m not buying into your social agenda to push homosexuality. [Kira Bailey’s] storyline offends me and many other Christians and conservative families. Your company did not even include a warning so parents would have a heads-up.

I won’t be buying your products either until I know that your company is remaining neutral in the culture war. I’m taking American Girl off my shopping list.

Please stick to making innocent dolls and books appropriate for any and all ages and refrain from making political and social statements. I urge American Girl to discontinue its storyline that includes Kira’s two lesbian aunts – immediately.

American Girl has no plans to cave to pressure

“From the beginning, our ‘Girl of the Year’ characters have been designed to reflect girls’ lives today and the realities of the times. American Girl was built on a foundation of diversity and inclusion, and we remain committed to empowering the next generation of girls who will emerge as leaders who value empathy, equality, and respect.

”We’re proud of our reputation for having a wide range of inclusive and diverse dolls, accessories, and content and we’re excited about our upcoming plans that will allow for even more girls to see themselves reflected in our products.”

The brand is no stranger to Christian backlash. Back in 2005, conservative groups targeted the brand for their donations to Girls Inc, an organization that, among other things, advocates for LGBTQ acceptance.

As of this morning, One Million Mom’s petition has 32,503 signatures. By comparison, American Doll stores boast more than 100 million visitors to date and made $256.6 million in 2019, according to Vault.com.

What are your thoughts on American Girl’s doll with lesbian aunts and One Million Mom’s petition? Share below.