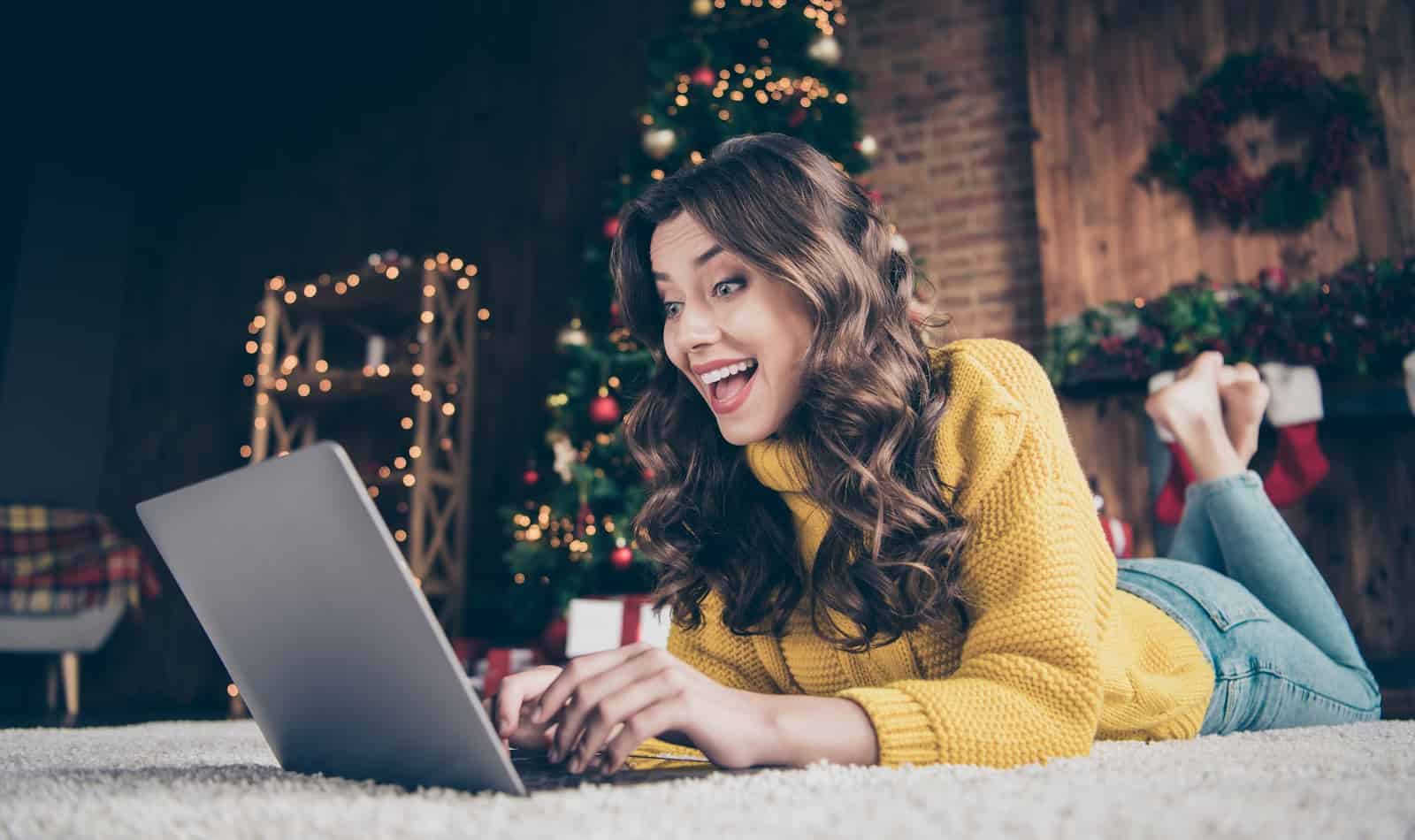 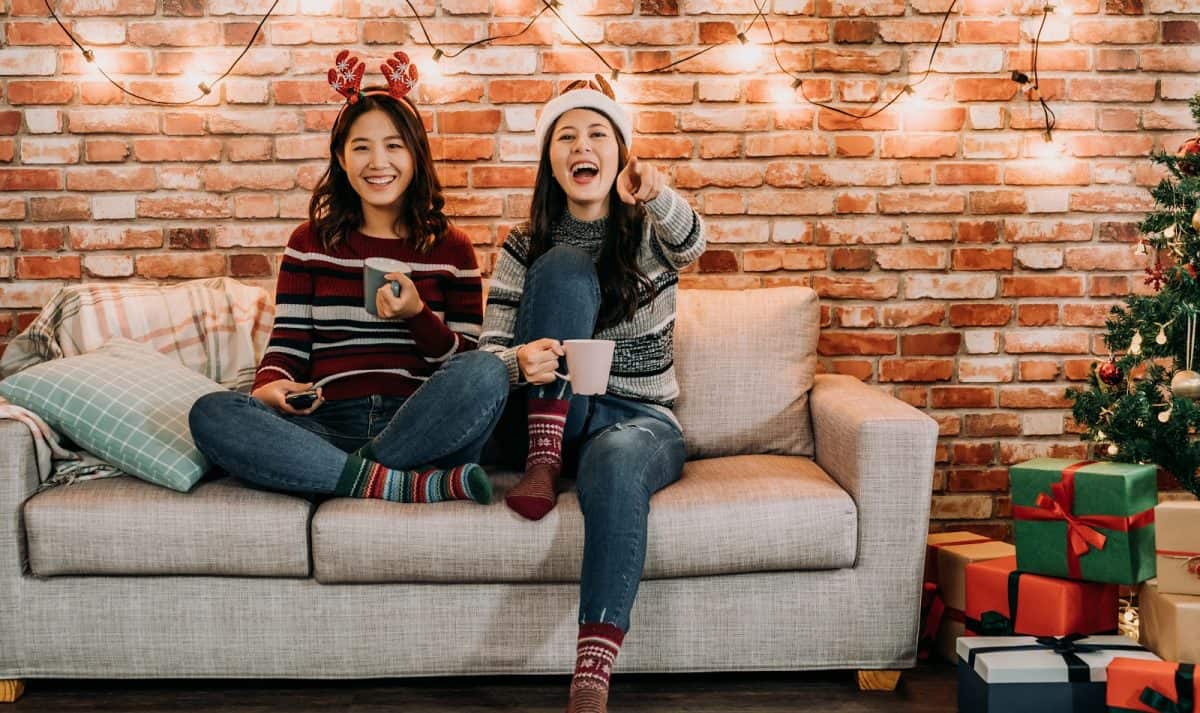 Looking for some amazing holiday movies featuring same-sex couples to watch with your own true love? Well, grab your favorite cozy blanket, snuggle up, and grab that remote! Below, we’re looking at all the best 2020 LGBTQ Christmas movies on every major platform. Let’s get this holiday party started!

From adorable rom coms and complicated stories with a beautiful ending, 2020 is full of outstanding flicks for LGBTQ couples. Let’s see what to expect! We’ll break it down by network/platform for you.

This year, Hulu’s going to be presenting the Happiest Season. Starring Kristen Stewart and McKenzie Davis, Hulu calls it,

“A holiday romantic comedy that captures the range of emotions tied to wanting your family’s acceptance, being true to yourself, and trying not to ruin Christmas.”

See, while one half of the couple is ready to take the next step towards a happy ending, the other needs to take a giant first step and tell her family that she is gay. The movie follows the couple, as they go from stage to stage, up until the big moment.

Hallmark doesn’t disappoint, and we get to see The Christmas House. According to the IMDB description:

Working through some difficult decisions, a mother and father summon their two grown sons home for the holidays.

One of those sons is one-half of a gay couple preparing to grow their family by adopting. Based on the trailer, I can tell it’s going to be absolutely EPIC! Hallmark announced that it will air on November 22.

The Christmas Setup is Lifetime’s very first LGBTQ holiday films, and it looks positively delightful! They are preparing one of the cutest gay love stories the media has ever seen. Everything starts when a big New York City lawyer visits his parents in his hometown. However, he’s not alone. In order for him to run into his childhood crush, his mother sets everything up, in the name of love! Here’s the description:

As they enjoy the local holidays together, Hugo and Patrick’s attraction to each other is undeniable but as Hugo receives word of a big promotion requiring a move to London, he must decide what is most important to him.

Netflix released its LGBT Christmas movie not long ago, and it features Nia Fairweather and Otaja Abit.

As her Christmas Eve wedding draws near, Jennifer is visited by an angel and shown what could have been if she hadn’t denied her true feelings for her childhood best friend.

A New York’s Christmas Wedding starts with Jennifer’s pre-wedding struggles, and her mother in law trying to change it into a huge Christmas wedding. However, something changes when Jennifer is visited by an angel, and she remembers her best childhood friend and first love.

LGBTQ Christmas Movies on Other Networks

Paramount’s Dashing in December is soon coming to the screens, and we get to see Juan Pablo Di Pace from Dancing with the Stars and Peter Porte from Baby Daddy play Wyatt and Heath. The story begins when Wyatt visits his mom on holidays and tries to convince her to sell the ranch. However, his plans change when he meets Heath, who absolutely loves living on a farm. Now, we just need to see what’s going to happen next.

The last on our list is Tello Film’s I Hate New Year’s which is a fabulous romantic lesbian movie. Layne Payne, played by Dia Frampton, is a songwriter, but she experiences writer’s block. At that point, her manager sends her to see a fortune-teller named Zelena. One thing leads to another, and Layne ends up visiting her Nashville home and reconnecting with an old girlfriend. From there, we just need to see what happens.

We’re gonna have one of the best years in terms of LGBT Christmas movies. It’s wonderful to finally see same-sex couples featured as main characters instead of just supporting roles. I know it’s still a very short list, and the community deserves much, MUCH better. Still, it’s a step in the right direction. Hopefully, they’ll keep marching forward and next year this list will be a lot longer! 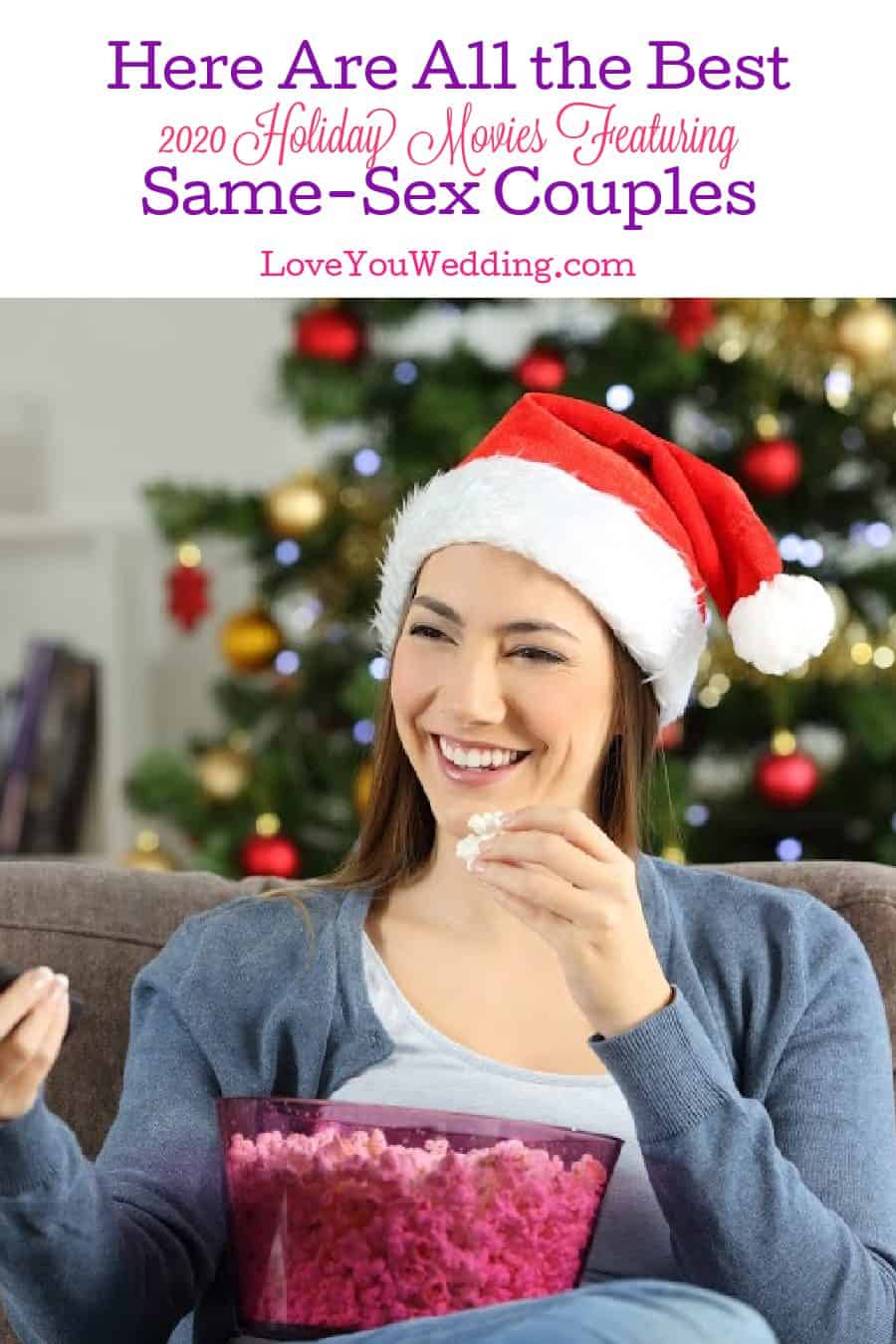 What are some of your favorite holiday movies featuring same-sex couples? Share below!